CBS Films is keen on moving forward with an adaptation of the popular Square Enix game Deus Ex: Human Revolution. Director Scott Derrickson, who made this fall's critically praised horror film Sinister, has been brought on to direct as well as write with his Sinister co-writer, C. Robert Cargill.

CBS Films bought the rights to the Deus Ex series in July. The fledgling studio, whose biggest hit to date has been February's Daniel Radcliffe vehicle The Woman in Black, will turn to the successful game as its first potential franchise starter. 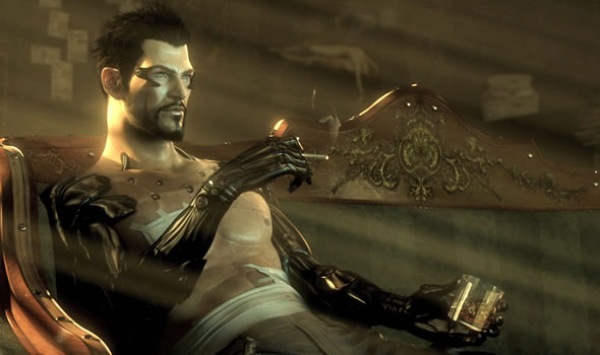 Derrickson previously directed The Exorcism of Emily Rose, so it will be interesting to see how his horror background impacts the feel of Deus Ex.  Derrickson provided his thoughts on the game, which he and Cargill played start to finish before signing on:

"Deus Ex is a phenomenal cyberpunk game with soul and intelligence ... By combining amazing action and tension with big, philisophical ideas, Deus Ex is smart, ballsy, and will make one hell of a movie. Cargill and I can't wait to bring it to the big screen."

For those unfamiliar with the series, here's a summary of the concept behind Human Revolution.

Adam Jensen, an ex-SWAT security specialist who must embrace ‘mechanical augments’ in order to unravel a global conspiracy. The game is set in a near future where dramatic advances in science, specifically human augmentation, have triggered a technological renaissance.

Are you stoke to see a Deus Ex movie?