Sanctum didn’t do too much business at the box office this weekend. I’ll leave it up to you to decide just how much the Super Bowl had to do with that. However, what I’ve heard seems to indicate that the movie’s a stinker that doesn’t live up to its potential. In my opinion, this wouldn’t be so surprising if James Cameron wasn’t associated with it. Even though he didn’t direct the thing, his name has become synonymous with blockbusters. Remember that room of money Johnny Depp walks through in Blow? That’s the image I get when I think of Cameron.

Though Sanctum wasn’t really up to snuff, one spelunking nightmare done right shows us what this premise is capable of. The Descent was a hit at the Sundance Film Festival back in 2006 in the horror-oriented Park City at Midnight section. Featuring an all-female cast and a relatively green director, the film frightened audiences with its claustrophobic compositions and bleak, realistic outlook on the situation.

It centers around six women who are in the rugged mountains of North Carolina. It’s been a year since a tragic accident claimed the family of protagonist Sarah, and all of them could use a getaway. Caving is a fun outdoorsy thing to do. Maybe not these particular caves though ... 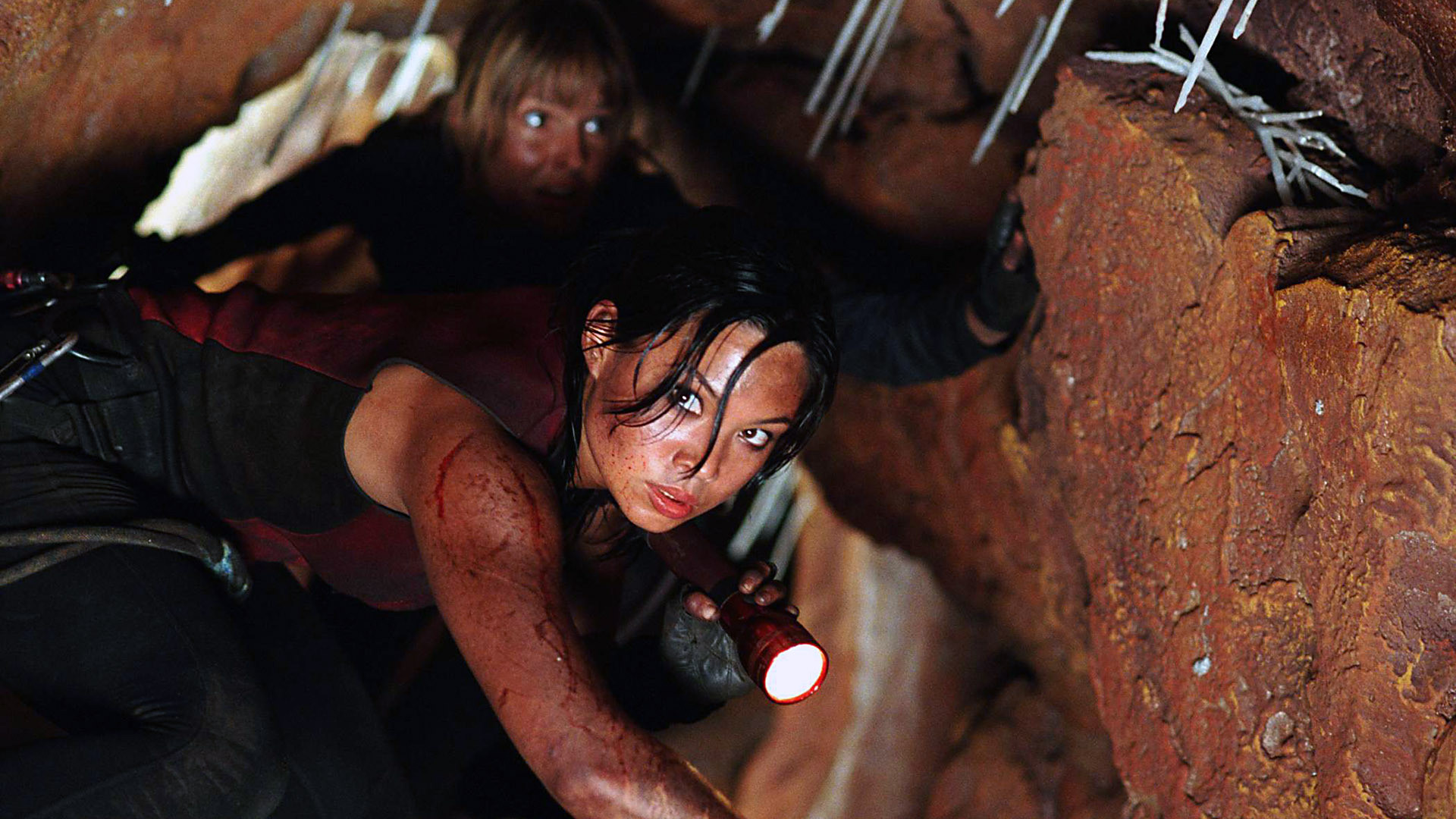 There are several things about the movie that set it apart from its contemporaries such as Sanctum. For the first act of the movie, anyone who simply put in the movie knowing nothing about it would have no idea it was a horror film. They are simply a bunch of friends on a vacation together. It would be easy to mistake it for a drama about getting over the loss of loved ones. This opening act really grounds the movie and makes the terror much more effective when it shows up. I have no idea if there really are crawlers that feed on human flesh in certain underground caves, but if there are, this is how they’d be discovered. It’s rooted in realism, and is that much scarier because of it.

The compositions of the images on screen are very close and tight, eliciting a claustrophobic reaction in the audience that is very comparable to what the characters are going through as they wind their way through tight passages in the cave. The cinematography engages us in the film and even gets us to physically share the discomfort of the people in it. I tensed up many times during it, and not just at the scenes of gore as members of the party are fallen upon and eaten, but during the actual spelunking. 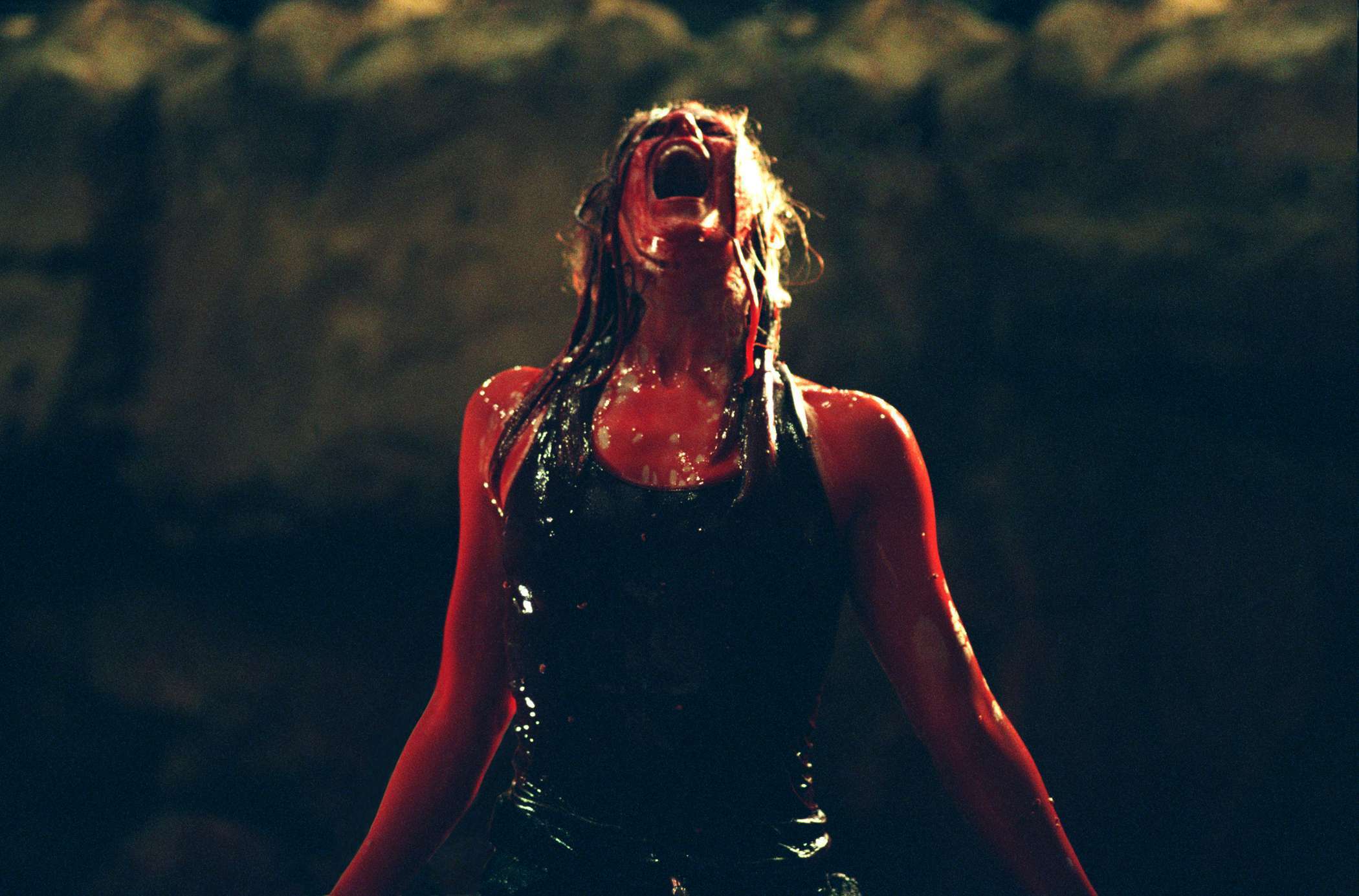 Lastly, the characters themselves contribute to the effectiveness of the film. Frequently, the people inhabiting the world of a horror film are unsympathetic little shits that actually provoke the audience to root for their slaughter. The Descent is populated with people who feel real, who we like, and who we want to survive. Fear doesn’t arise in the viewer if they want the characters to die, only when we want them to live and they don’t. The characters are human here. They make mistakes, as many would in such a situation, even ones that result in the death of their friends. It’s not only scary, it’s tragic.

Mix all these ingredients together and you’ve got a fine horror cocktail. Check out The Descent, and when you do, don’t sell your experience short by watching it on a small screen. Watch it on your friend’s big screen.