By: | PC News | September 27, 2011
Gamers looking forward to the next installment in Bethesda's Elder Scrolls series should be excited to read the slew of compiled information that was just released by the folks at Elder Scrolls fan site TheElderScrollsSkryim.com regarding the game's Ability and Perk trees. By spending points in these trees as they level up, players will be able to customize and develop their characters' skills in ways that complement their playstyle. 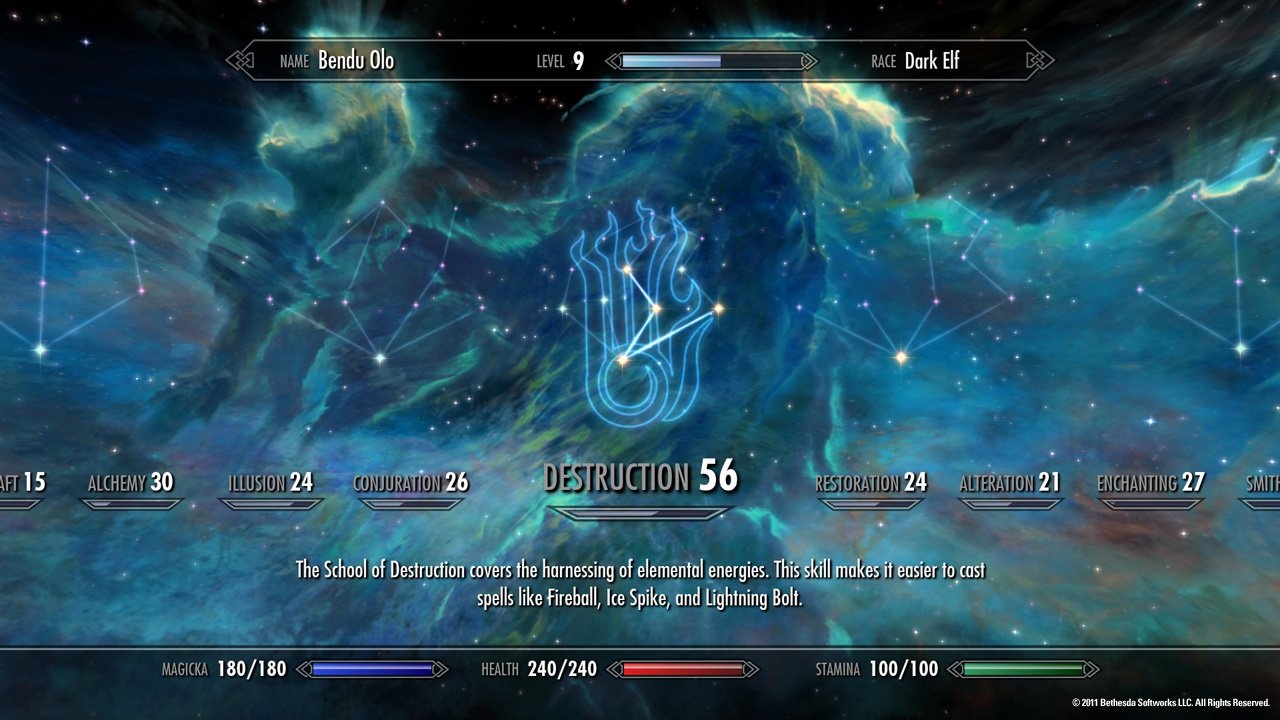 Each ability tree features eight or so different skills, several of which contain multiple ranks. On the other side of things, each of the game's ten playable races start with different stats and perks. Some of the skills look quite nifty and cover pretty much any playstyle you can think of. The Speech ability to invest in shops also sounds promising, as this was not an option available to players in previous entries of the series.

I can see myself definitely trying out an Argonian, Khajit and Imperial character due to their considerably cool racial skills and abilities. While the list isn't complete, as more information comes out regarding the game, expect the post to be updated.