You might be Dragonborn, but you aren't the first Dragonborn. A few months back, Bethesda dropped this bombshell on us by announcing The Elder Scrolls V: Skyrim: Dragonborn, the second downloadable expansion to arguably 2011's game of the year. While I enjoyed the first expansion, Dawnguard, and I even enjoyed the distraction brought with housebuilding in the small but substantial Hearthfire, the question you are asking yourself while reading this is simple: “Is Dragonborn worth $20?" The easy answer is yes. 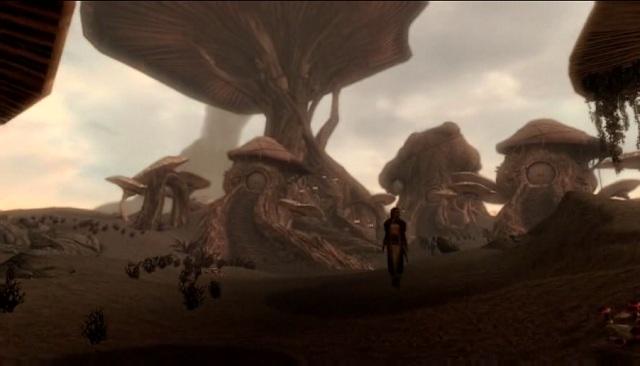 In many ways, Dragonborn will please new and old fans of the franchise. The content introduces you to a new island to explore, Solstheim. For those of you who arn't familiar with the lore of The Elder Scrolls, Solstheim is Northeast of Skyrim, and due north of Morrowind. While it isn't exactly attached to Morrowind, is is part of that providence, and many groups of people from there have since scattered to Solstheim. Throughout my playthrough, I also enjoyed seeing several nods to that game, including a great cameo from one of the creatures of that world. Long-time fans of the series will also enjoy learning what happened to that part of Tamriel over the last 200 years, since the events of that game. While details aren't 100% concrete, all of this was a nice bonus.

After getting the initial mission, which more or less is a change of pace from how you received your orders in Dawnguard, you travel to the island of Solstheim in search of why these messengers attacked you. Once there, you discover something is quite wrong with this island. Many of the island's inhabitants are under a spell, all of them have trouble telling you about the man you are looking for. The antagonist you are looking for is a former Dragon Priest, and rumor has it he is the first Dragonborn.

Upon the four hour main quest offered in this content, you will face a mixture of new and old enemies, a new mining materiel is introduced that offers an even more powerful type of armor, and the ability to tame and ride dragons is also introduced. This new ability, learned through the main quest of the DLC is great, but the mechanics for riding dragons aren't as well explained as they probably should be. While it is not completely broken, and in fact I had a blast riding dragons, I can't help but wonder if the mechanic could be improved a bit more. I can't help but enjoy bending a dragon to my will and hearing the words “How can I serve you master” every time I use the shout on a dragon.

The main quest, as I already stated, will last you about four hours. You will go through some pretty crazy environments, including some that have you sucked through a book into a different dimension (which I learned later is the world of the true antagonist to this DLC). Without spoiling the ending, the DLC ends on a decent note that leaves the game open for more, which Bethesda has already stated they are working on. I can only hope a few of the questions I had when the main quest wrapped will be answered in the future.

Putting that aside, Dragonborn also offers up some great side quests to players. Two of them are required for achievement completion. One quest has you uncovering a plot to kill someone in high political ranking on the island, while the other involves you searching out the source of the new crafting materiel. Both quests are great distractions, I particularly enjoyed the quest involving the political figure, as it is a multifaceted quest that takes some time.

Dragonborn also unfortunately has its share of glitches. At this point, what Bethesda game doesn't? While I have to note that this is probably the first DLC released for a Bethesda title I've been able to complete in one day without any trouble, there were still trouble at times. At one point, I went through a door only to be loaded up in the next environment missing everything completely. It almost looked as if I was playing the game in debug mode without any textures, but a reloading a save fixed this issue. The most annoying glitch I came across happened while loading through one area, the sound of being set on fire (my character that is) continue long after I had been set on fire. This continued for fifteen minutes, until I decided to save my game, shut down my console, and turn it back on and reload that save. The sound problem then went away and I continued. While none of these glitches stopped me from playing the game, I have to put out there that they occurred, and they were a nuisance.

At the end of the day, between doing the main quest and the rest of the ten achievements that are offered in this new DLC, Dragonborn took me roughly ten hours to complete fully, and there's even more quests for me to go back and accomplish if I want. Bethesda has really been on a roll with downloadable content for Skyrim, and I can only hope that as we enter 2013, this trend continues.