Bethesda’s latest video release has left Skyrim players across the globe ecstatic. In the video, Todd Howard, creative director of Bethesda, shows us footage from their Skyrim game jam; a week of fun in which developers get together and experiment with new ideas for Skyrim. They were given just one task: “Do what you want, and put it in the game”. You can see what they got up to in the video below.

This is the only video so far to give us a proper insight into what we can truly expect from Skyrim in terms of downloadable content. Speculations up to now have seen many players becoming confident that Morrowind (the location of the third Elder Scrolls game) will eventually be added as DLC. Other players have suggested the idea that maybe Dragon Mounts maybe an option, something that is touched upon in the video. 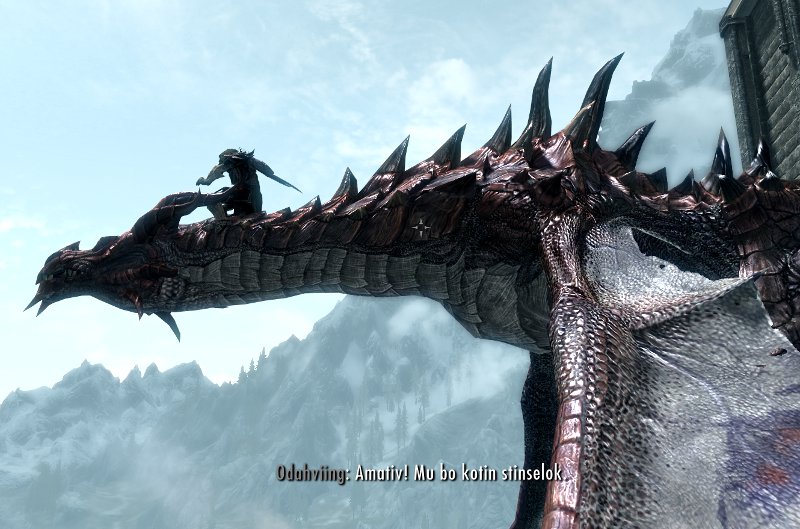 Graphic enhancements such as the seasonal foliage and water improvements look like they could be eventually embraced as a patch update. Many believe that kill cams for magic and archery should have been included in the first place. If the game allows me to slow-mo a guy through the chest with twin daggers, why can’t I follow my arrow’s epic descent into the face of a Hagraven? If I can slowly watch my axe tear into an absolute whopper of a Horker, why can’t my fireballs give a slow and painful tan to his friends? Make us feel like Ryu and Legolas; we want to slow-mo ALL our kills. There’s nothing more disappointing than getting a kill with an arrow from miles away, only to think how much cooler it would have looked in slow-motion. Grant us satisfaction Bethesda!

Bethesda previously revealed that DLC will be much less frequent and a lot larger in content. If we take this to hear we can hopefully pray that some of the ideas on display may indeed be free downloads or patches. Smaller ideas such as lighting experimentation, new weapons and dungeon ideas like bridges and water currents would presumably have to be released in bulk packages or either free, to ensure that players are really getting satisfaction for their investment into the DLC.

Some of the ideas in the video stood out well above others. With the inevitable rise of motion sense and interactive gaming, Bethesda has found a way to cleverly utilise the voice command ability of the Kinnect for Xbox360. Literally shouting your dragon shouts through the kinnect opens up a whole new world of entertainment, perhaps eventually being able to create and style your own shouts? It looked magnificent on display and would promise your kills to be even more satisfying. 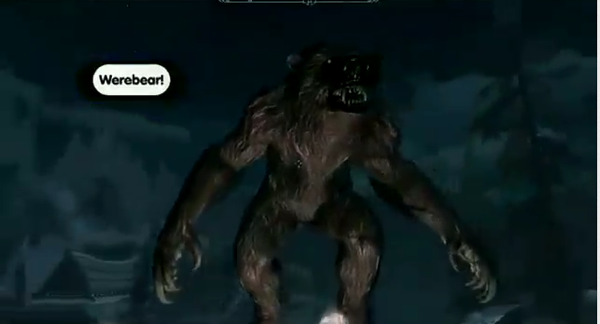 New enemies such as the goblins look promising, as do the commands for your companions. If there was such a wide variety of commands available for Fallout players, why not for Skyrim? The Vampire and Werewolf plays also looked extremely cool, although perhaps it would be too late for players who have already maxed their skill points? Unless there was going to be a proposed raise in the level cap of course...

The best thing about this video is that it’s almost impossible to completely rule out any of these options. They’re all extremely believable. This makes me a happy, and probably makes all the millions of Skyrim players out there as equally happy. To finish by quoting Todd Howard, “This is all experiments. How much of this stuff sees the light of day is to be determined. Could it be in a future DLC? We don’t know. Could it be various parts of it just released for free? We don’t know".

A door the size of an oblivion gate has been opened into what we can now speculate, and hopefully expect, from future DLC.