The Sly Cooper franchise has been a steady and reliable series of games exclusive to the PlayStation since the release of the original back in 2002. To anyone who has played all three titles it has been an enjoyable experience to see how the characters have grown and developed as the gameplay has been innovated to improve the quality of the player’s experience. With the third game, Sly 3: Honor Among Thieves, being released in 2005 for the PS3 it seemed like we wouldn’t get to see a modern version of the thieving raccoon but a teaser during E3 of 2011 proved otherwise. As of the 5th, earlier this month, the fourth installment of the Sly Cooper franchise was released to the pleasure of all Sly fans in North America; Sly Cooper: Thieves in Time finally became a reality.

When bringing back a beloved franchise on a new generation of consoles, especially so long after the previous one, there are a few perils most games can fall into such as trying to make their game so incredibly mainstream that it becomes an abomination or make it so identical to the previous iterations that nothing is given to the players besides tedious and stale gameplay. Sly Cooper: Thieves in Time, however, does not commit either of these developmental sins but instead brings a familiar and fresh feel to the PlayStation 3 proving that the Sly Cooper name is just as relevant as it once was. 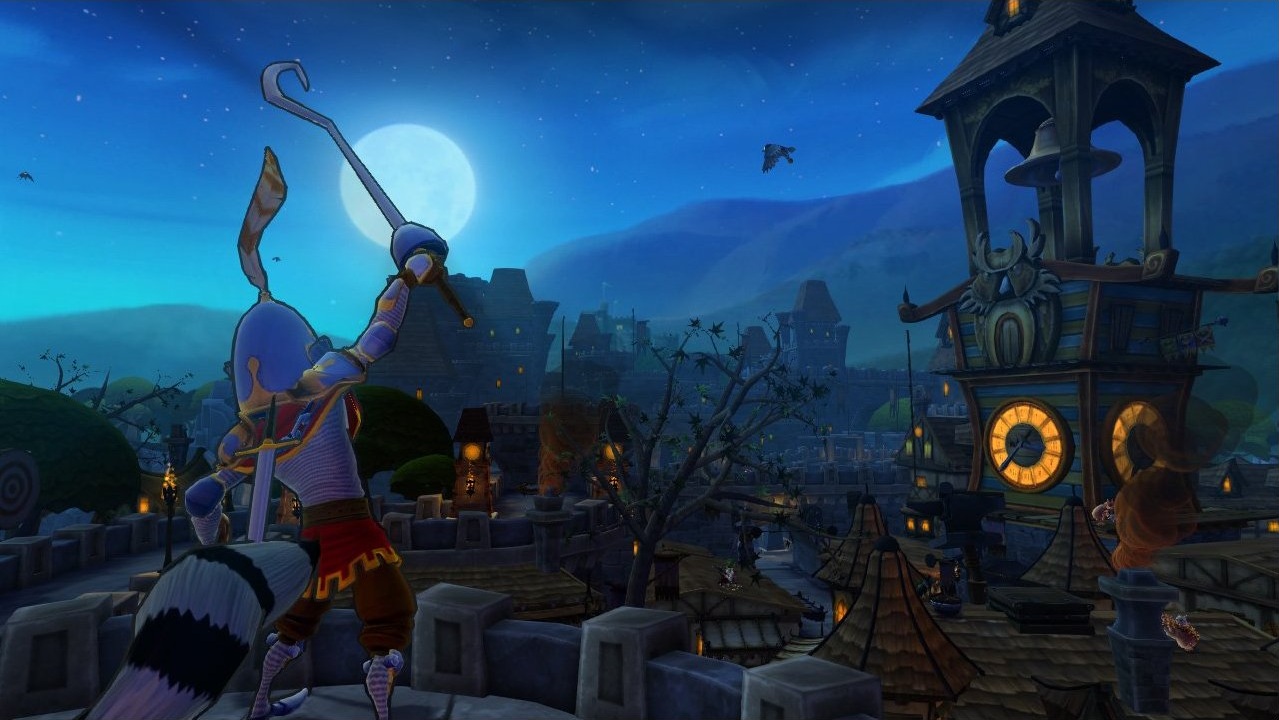 The game hits the ground running by introducing you to the Cooper gang consisting of Sly, Bentley, and Murray utilizing the expositional introduction as a means to teach you the basic mechanics of the game; very classy. The gist of the narrative is simple: someone is erasing pages from the Thievius Raccoonus (a book showcasing the Cooper lineage) by tampering with Sly’s ancestors via time travel. It’s up to the Cooper gang to travel through time attempting to fix history along the way. Once this along with the game’s controls has been explained, the player is thrown promptly into your first world.

Thieves in Time operates on the same structure as previous Sly Cooper games where the game is split up into episodes/worlds. Each of these episodes requires reconnaissance, teamwork, and a final boss battle which concludes whatever plot point the player was addressing at the time. An issue previous Sly Cooper games had was a sense of repetition across these episodes where it felt as if each step was just a re-skinned version of the first. Thieves in Time breaks that trend completely and makes every episode seem interesting and new in a couple different ways.

Along with the premise of visiting Sly’s ancestors comes the opportunity to actually play as them. While similar to Sly in many ways these alternate characters offer an array of interesting deviations that shake up the style of play you’ve become accustomed to. Sly also can acquire an era appropriate costume which grants him unique powers such as time slow, fire immunity, and archery. On top of that this game is jam packed full of witty humor and amazing voice acting aiding to an overall thrilling and charming experience. Together these three aspects of gameplay ensure that every situation you find yourself in feels unique and purposeful.

The other side of the Sly Cooper coin is the open world exploration and collectible gathering. At any time between missions you can choose to take a small detour to scale a tower, zip line to a market square, and pick-pocket guards. This is something that all Sly Cooper titles have done a remarkable job with and Thieves in Time is no exception. There is purpose to this style of play as well: you can choose to gather clue bottles to open chests, masks in hard to reach places, and steal treasures to take back to the hideout for numerous rewards.

Aside from the wonderful gameplay a delightful soundtrack is hidden throughout the entirety of the game featuring a heavy jazz theme. It’s not only impressive and uncommon for jazz to be used in mainstream games nowadays but what’s even more interesting is how well it works with the style of the entire game. The cartoony animation brings an almost retro feel without making the game feel dated, much like Borderlands has showcased as of late.

Overall Thieves in Time will not disappoint even the most hardcore of Sly Cooper fans. If you are looking for something funny, engaging, and thrilling then this game is for you. It’s also worth mentioning that this game is offered as a “Cross-Buy” title for the PlayStation Vita which will undoubtedly make Vita owners very happy. Did I mention it’s only $40? Yeah, buy this game.