After ten years of Smallville, this show still has the uncanny ability to switch from one week to the next from a perfect episode to the most trying, which is starting to try my patience You must admit ten years is a long time and being faithful to Superman has its limits. A few minutes into episodes I usually notice a recurrent Smallville theme that is likely to annoy me for most of the hour. In the case of Kent, my mind actually came up with two: "excessive hero-worship" and "dragged-out impostor situation", and I couldn't have been more wrong. I should have remembered that this final season of Smallville has been until now one of my favorites, so except for one or maybe two tiny instances, this episode was hero-worship free and they wasted no time in dealing with the impostor.

In classic Smallville fashion, a Kryptonian device and a character that seemed to belong to the past resurface and become the instruments of doom and gloom. Clark Luthor (from Luthor this season) uses his key to get to our world and once here, sends our Clark to his. What he forgets to tell him is that thanks to the alternate Oliver Queen, everyone knows about Kryptonite and is on the hunt for the dreaded Ultra man. Clark discovers this soon enough as his "entry point" is at Oliver Queen's burial ceremony. There, he manages to convince the widow (Lois Lane) that he is the "good" Clark before setting his sight on fixing Jonathan Kent's (love) life.

Meanwhile in this universe, Clark Luthor's attempt to fill Clark's shoes falls short with the first person he interacts with: our very own Lois Lane. Sometime toward the end of the last season, Lois's hair became darker and one or two other subtle changes happened in her personality. That is when in my opinion she truly became Lois Lane. Since then, she has been the most consistent, reliable, and loveable character in the series. In her first meeting with Clark Luthor, she displays some of the qualities that have made her relationship with Clark the main reason behind the success of this season: She immediately picks up on two mistakes Luthor makes and reaches the correct conclusion without arousing suspicion. 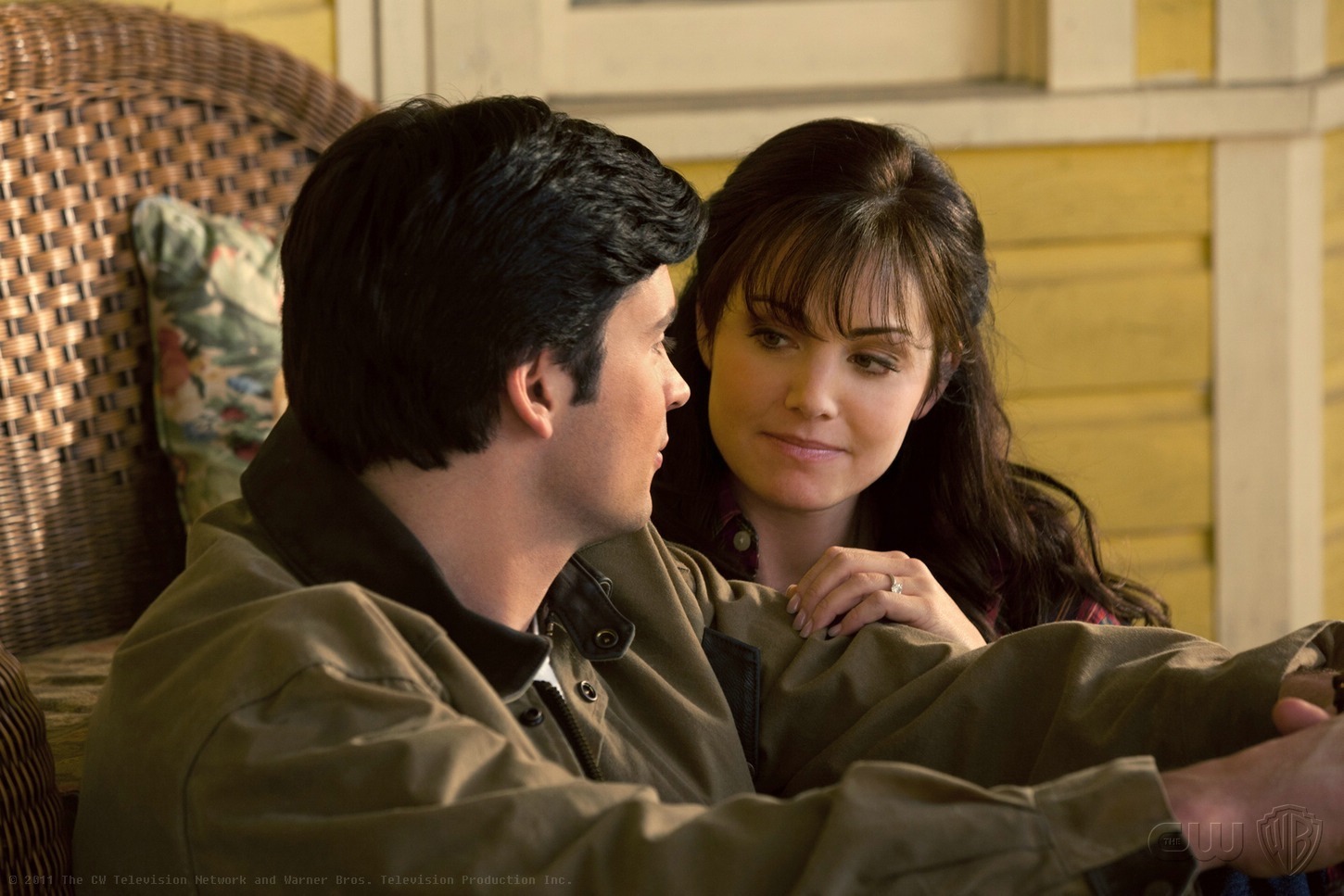 The other great achievement of these last two seasons is the redeeming of Tess. It was so well done that if - after toying with us and with the character as they seem to be doing now, they decide to turn her into a villain because "Luthor's blood is poisoned" then they would have derailed a perfect story arc for no good reason. Tess, whom Clark Luthor meets next is equally quick in spotting the differences, forcing him to reveal himself. What ensues is a game of cat and mouse and the resurfacing of the Kryptonian key ultimately used to bring Clark back.

Not surprisingly, I liked every single scene with Lois Lane - including the one in the alternate universe. She is currently the only character who can get away with being funny, witty, and even sweet, all that while being Lois Lane;  a quality that should not be taken for granted, not even by Clark Kent. If we forget the tiny bit of hero-worship ("Why would you even believe in me?") the conversation between Clark and alternate Jonathan Kent hit the right notes. It managed to be touching without being sappy and the later scene with Jonathan trying to win back his life, win back Martha was the proper way to end what started in the former Kent house.

I only have three minor quibbles with the episode: (a) Very early into the story, we learn that the arrival of Clark Luthor didn't send Clark Kent to the alternate universe because the latter's key was destroyed, but then we discover it wasn't, so why the glitch? Was it to allow the two of them to meet? The writers could have done this better. (b) Why in the world would you follow your dad's doppelganger to his "house" in a universe where he is not your dad and everyone is carrying a piece of Kryptonite and storm in calling him dad? I mean haven't you learned anything in ten years? (c) Redeeming Tess took several episodes with very appropriate storylines. Clark Luthor's was too easy and didn't quite work.

I obviously liked the episode, which was mostly about the Kent quality that is the fodder for heroes and can even be transferred to undeserving villains like Clark Luthor.