Snarked is an all age’s book that actually has a mass appeal to all types of comic readers. I know that should go without saying, but its something that's actually hard to do with an all ages title. The zero issue is a great introduction to the world and storytelling style of Roger Lanridge’s unique style. The series stars two characters from the famous Lewis Carroll poem The Walrus and the Carpenter. For those of you that are more familiar with cartoons the poem is actually featured in Disney’s Alice in Wonderland, but this series has nothing to do with Alice or Disney (thank goodness).

The issue opens with Wilburforce J. Walrus and idiot Clyde McDunk waking up and starting their day… at four in the afternoon. They begin looking for a way to either fill their pockets or their stomachs or better yet both. After conning a newspaper boy and McDunk, Wilburforce discovers that the King is away on a trip. He deduces that there will be fewer guards at the castle and thus make it easier to get inside. They arrive at the castle and sure enough con their way in. They pretend to be the Princesses ballet instructors and then switch their story yet again when they actually run into the Princess, after some greed and confusion the two find themselves running from the castle with guards hot on their tail.

The zero issue is a solid introduction into the world and sets the stage for the series to begin. It’s doesn’t really do anything other than that which is unfortunate. I know that Langridge tends to be a slow burn when it comes to his stories, but I was really expecting this to blow me out of the water. Instead it was just a fun solid read that did what any zero issue should do and make the reader want to come back for the series. 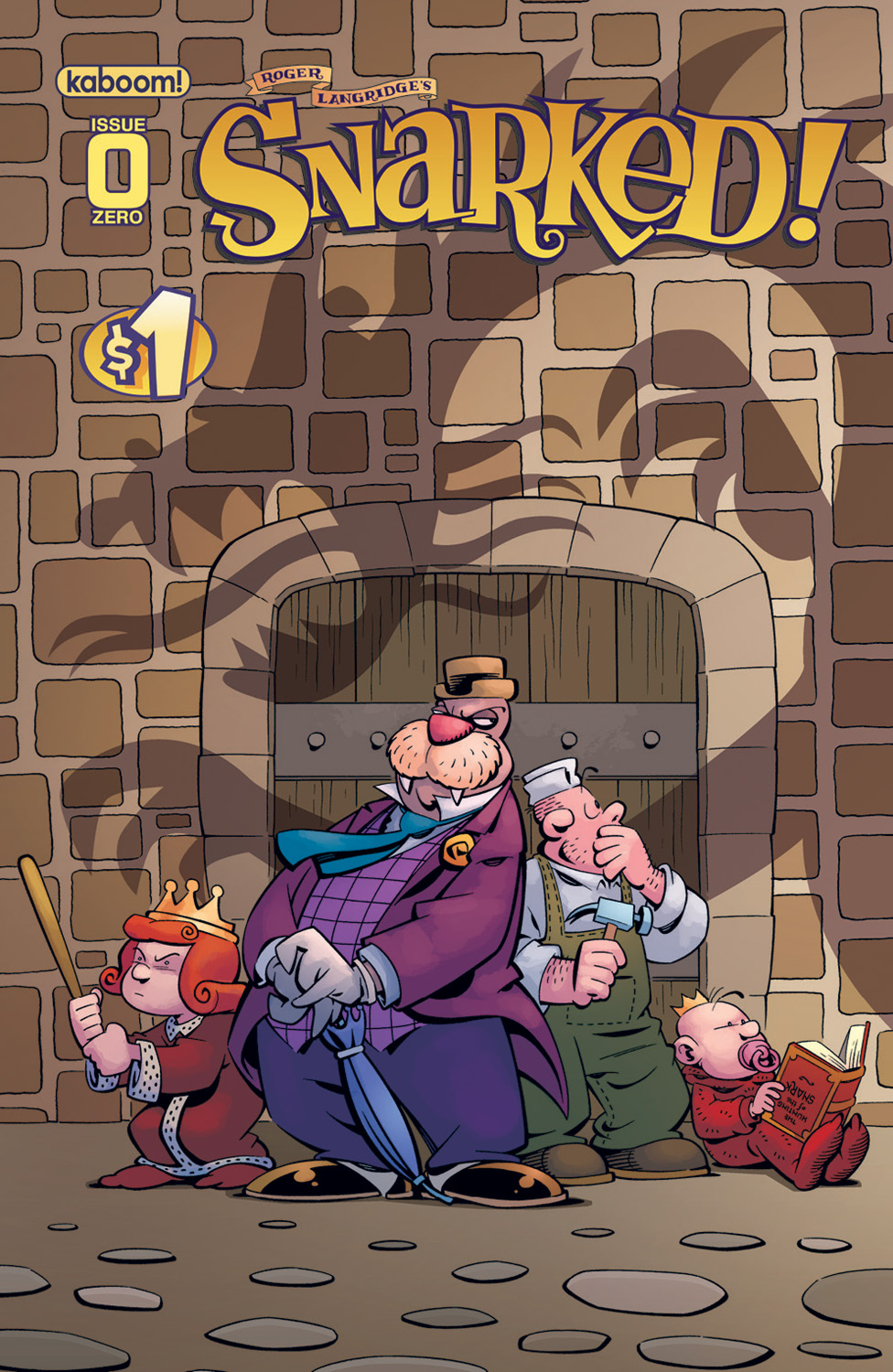 Langridge is one of comics best creators and this issue showcases his writing and artistic talent. A lot of times you can tell when just one person is doing both the art and story, usually because there will be an awkward scene in which the art is better than the story. That’s not the case with Langridge as the story is never second to the art. Instead they are both well balanced and come off as if separate people worked on them. Snarked doesn’t hit shelves until October, but this zero issue is out now to entice people to pre-order the book… so be enticed already!