Relativity Media and Universal Pictures are currently at war with one another over their respective "Snow White"-based projects. Last we heard, Relativity’s project, which still lacks a title but has been referred to as "The Brother's Grimm: Snow White," moved from late June 2012 up to March, but only in response to Universal moving Snow White and the Huntsman up from December 2012 to early June.

In other words, the studios are rushing against each other to be the first to hit the market in what could be a detriment to them both it seems. With less than a year until the film's current release date, Hossein Amini will rewrite the script for "Huntsman" for Universal as the studio prepares to take on Relativity.

Deadline Hollywood notes that Amini’s credits include Nicholas Winding Refn’s Cannes hit Drive; he also picked up an Adapted Screenplay nomination at the Oscars in 1997 for The Wings of the Dove, which starred Helena Bonham Carter. ‘Huntsman’ already has more star power than Relativity’s flick (Thor breakout Chris Hemsworth, Twilight star Kristen Stewart, and Oscar-winning stunner Charlize Theron against Julia Roberts), but a rewrite from an Oscar nominee suggests some possible issues, especially with filming expected to begin later this summer. 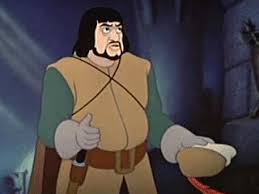 Novice writer Evan Daugherty penned the twist on the classic fairy tale, which at the time was a hot buy. Another draft was written by Disney direct-to-video writer Evan Spiliotopoulos, not all that suprising when a studio loves a concept but it needs practical changes. Perhaps the root of the request for another round of changes comes from Universal's choice to cast the younger Hemsworth as the Huntsman after negotiations with veterans Viggo Mortensen and Hugh Jackman fell through. Undoubtedly the script will need to treat the Huntsman as a younger fellow.

Snow White and the Huntsman is currently slated for release on June 1, 2012, while Relativity’s project aims for a theatrical bow on March 16, 2012. Of course, that’s all subject to change.