Stuart Trautmann and his intergalactic battle suit are both in trouble now! As Stuart’s legs give out when the armor activated the Soldier Zero persona, Stuart is left on the ground staring at one of the intergalactic bad guys that the alien suit fights. It’s going to take quick thinking and a lot of luck for our two heroes to pull this off! Join Stan Lee, Paul Cornell and artist Sergio Arino as they continue to tell the tale of Soldier Zero!

At the end of issue 2 the Soldier suit and Stuart fought off a bunch of gangsters in a store. When the suit lost power it also turned off the ability for Stuart to temporarily walk! On the floor with his suit needing more power, one of the Soldiers enemies is greeting Stuart. Now, as Soldier and Stuart are confronted with one big challenge it’s going to take both of them to sneak themselves out of this mess. The next part of the story picks up exactly where issue 2 left off. Stuart is currently lying on the ground with the Soldier’s enemy asking if he needs help. The enemy uses x-ray eyes to scans Stuarts body heat. Not detecting the Soldier technology Stuart and his "partner" are safe, but for how long? 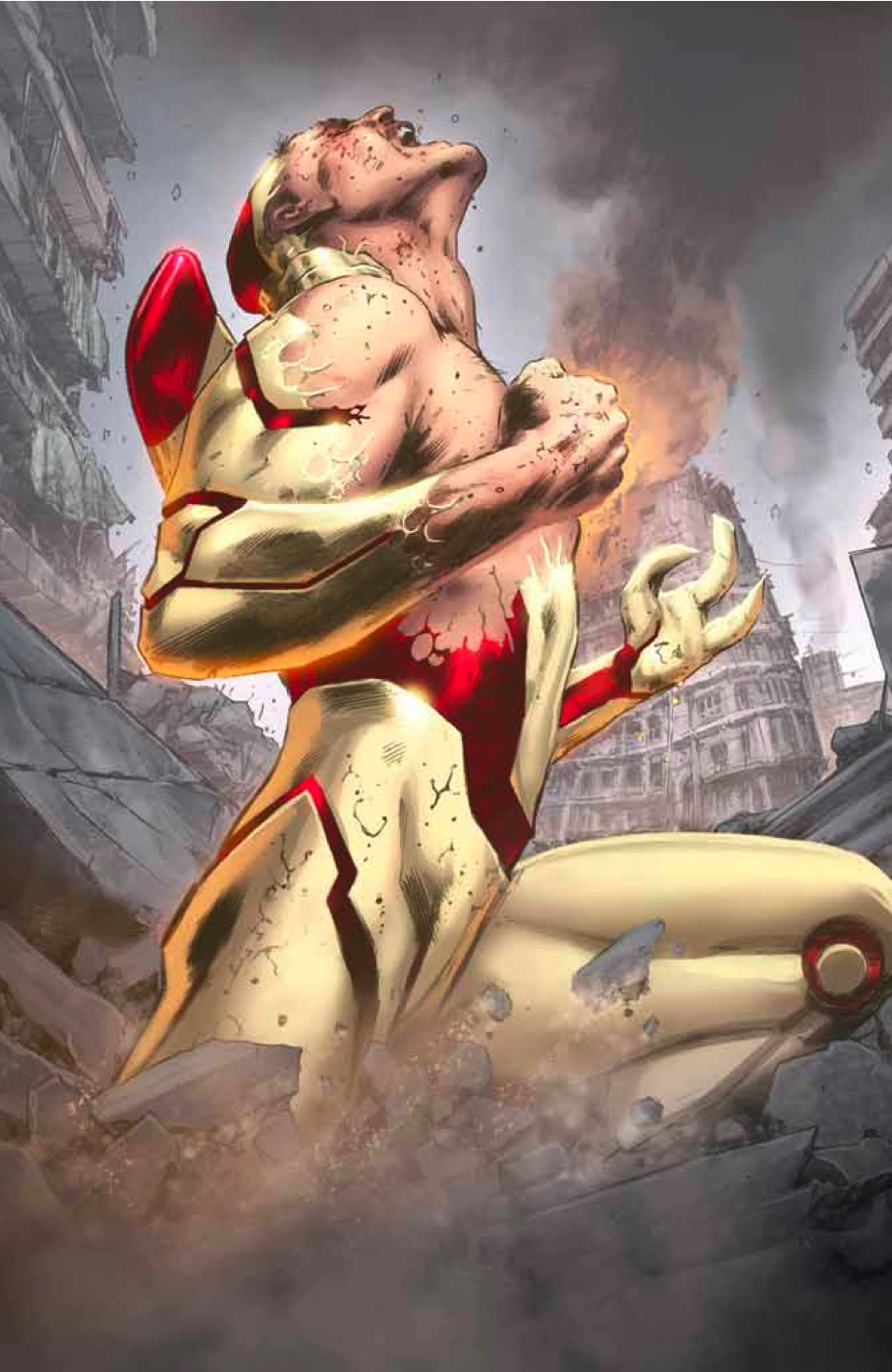 As Stuart and the enemy (disguised as a police officer) are heading to the police station for questioning. The Soldier armor is explaining to Stuart about why the enemy didn’t notice that Stuart was housing the armor. Stuart and the enemy eventually arrive at the police station, where Stuart is caught on tape in the Soldier Zero suit. When Stuart was about to make up a story about the alien stopping the robbery, the Soldier suit stopped him. The suit explained that the enemy can seemingly “smell” lies. This is really interesting and funny at the same time. It turns out that these enemies have more abilities than meets the eye. This also fits Stan Lee’s humor in comics which is always good to see. In the end, war breaks loose and Stuart and Soldier have to hero up to defeat the enemy!

Stan Lee and his team consisting of: Paul Cornell and (newly added artist) Sergio Arino, have done an outstanding job with the first three issues that have been released. From issue one they have continued to show how an ordinary disabled man can become the hero that no one expected! Paul’s work as writer of the series has been a great improvement in his previous comics he’s done. I like how Sergio’s artwork is great add to the mix of the series. Javier Pina was the original artist of the series, so I think Sergio did a good job at the art duties of Soldier Zero.

Why aren’t you already reading this series? Grab issue 1-2 and finally pick up this issue when it gets released on 12/15/10. Soldier Zero #3 delivers a great cliffhanger for those who’ve read the first previous issues. As most of the talking is done, the time of fighting and action has arrived! Soldier Zero #3 a great collectors item!