Armed with the iPhone from the future, Application Nine is about to put an energy knife into the back of Stewart’s head. Until his brother’s pleas distract him long enough for a context sphere that pushes App Nine through a wall. The two continue to battle as App Nine tries to reason with Stewart while ignoring the Soldier Zero half of his personality.

The two cause a lot of destruction as Soldier Zero asks App Nine if he’s government issued. App Nine tells Stewart that he is far from being government and that he can protect him if he surrenders. Stewart wants to know who he’s going to be protected from. App Nine doesn’t tell him, but instead tells him that they just want the tech nothing more. His investors have questions and deep pockets, but if that’s not enough he tells him what the government will do. App Nine tells him that government will wipe him and everyone he knows out. He tells Stewart the separation will be quick and painless, but all he and Soldier Zero can do is scream to be left alone. This gets him a kick to the gut that results in more walls being broken. 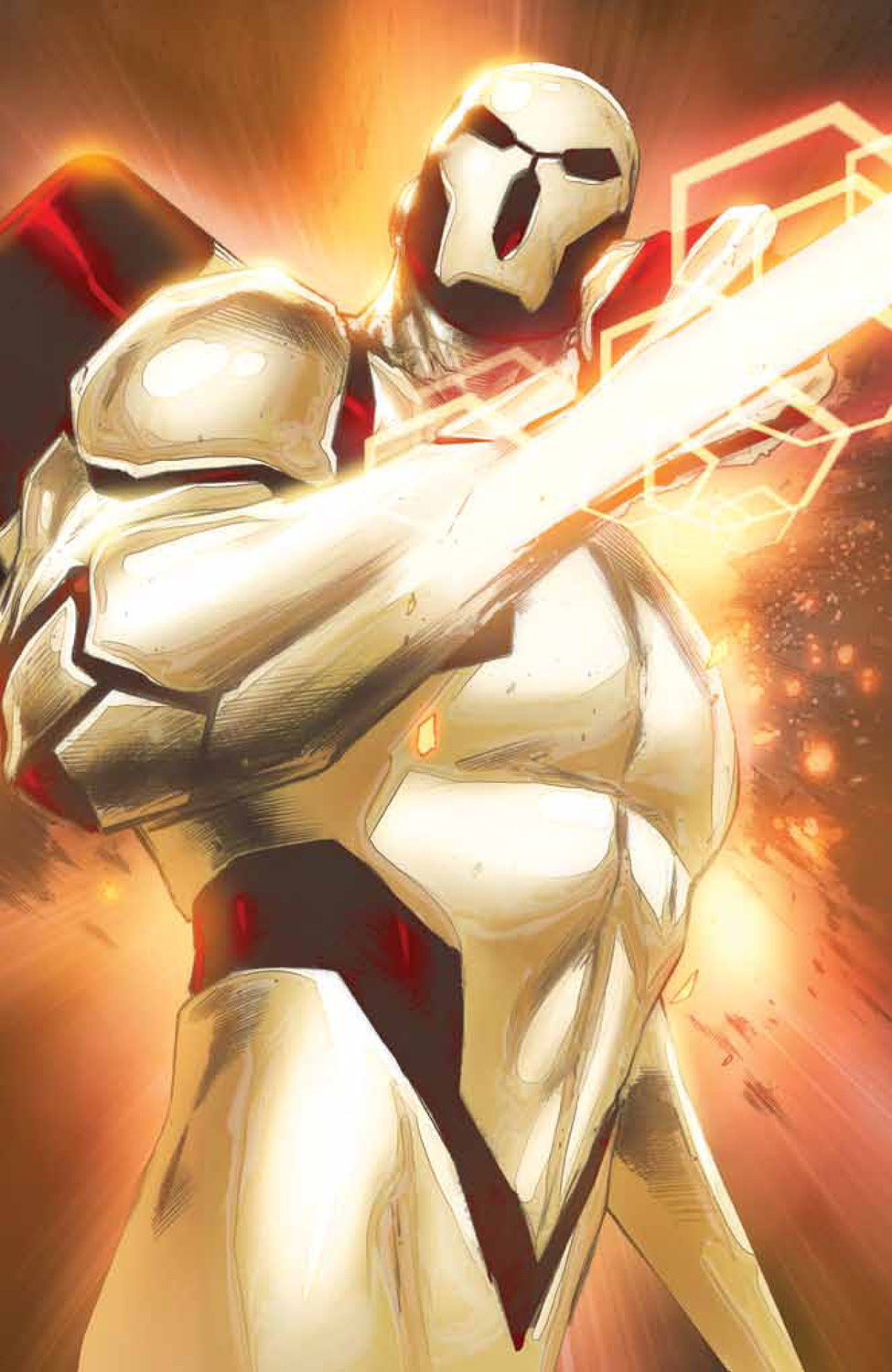 He lands next to Lily who he was on a date with when all this madness started. He tells the government stogies with her that they all need to get her to safety. They tell him to surrender as well, which Stewart informs them is not in his vocabulary. Unfortunately, their time has run out and the government is descending upon the hospital to wipe them all out.

Wow is there a lot of action in this book! The pacing is non-stop from start to finish. Usually the dialog slows a book down so that you can take it all in, but in this case the dialog is all during an epic hospital battle. Abnett and Lanning continue the amazing work of Paul Cornell as they kick the story up a notch. Of course I don’t know what notch this story could go up to from here since it’s nearly maxed out. What I really enjoyed about the writing was the brief moment between Lily and Stewart. Their entire relationship has been based on pain and suffering and it has to be eating Stewart up inside. Everything he does just puts her in harm’s way. It’s very different in comics and I hope to see the resolution to their relationship at some point.

The art is very good and fits the story. Javier Pina has put his personal touch on the series which has set the bar to which any other artist will need to reach. Pina takes a battle scene and makes it interesting and dynamic. He breaks up the hits with iconic possess that stay true to the pacing of the story. I enjoyed the damage done in the hospital as it’s not something I can say I’ve seen in a comic before and was an awesome scene for the issue.

Some people may be on the fence with this series, or even fallen off not expecting it to go past four issues. If you’re someone that picked up the first four then you need to go back and take a second look. The series has already had two superstar writers/teams on the title and hopefully Boom! keeps Abnett and Lanning for another story arc on this historical comic from Stan Lee.