I was wondering when this title was going to start feeling like it was written by Abnett and Lanning and it’s with this issue that it happens. There was just a certain layer missing from the previous two issues that kept them from being a Abnett and Lanning book that’s very apparent in this issue. They explain the Soldier Zero “suit” in more detail and add a layer of humanity missing from the other half of Stewart's personality.

The issue begins with the suits previous owner showing Stewart a memory of his last battle, the reason it fled to Earth. It shows its squadron fighting against the creature known as the “True People.” There the Zero’s began fighting the chameleon-like creature until they make a shocking discovery. Not only are the True People allied with the Split-Second Men, but they’ve discovered a new planet with humanoid life on it… Earth. 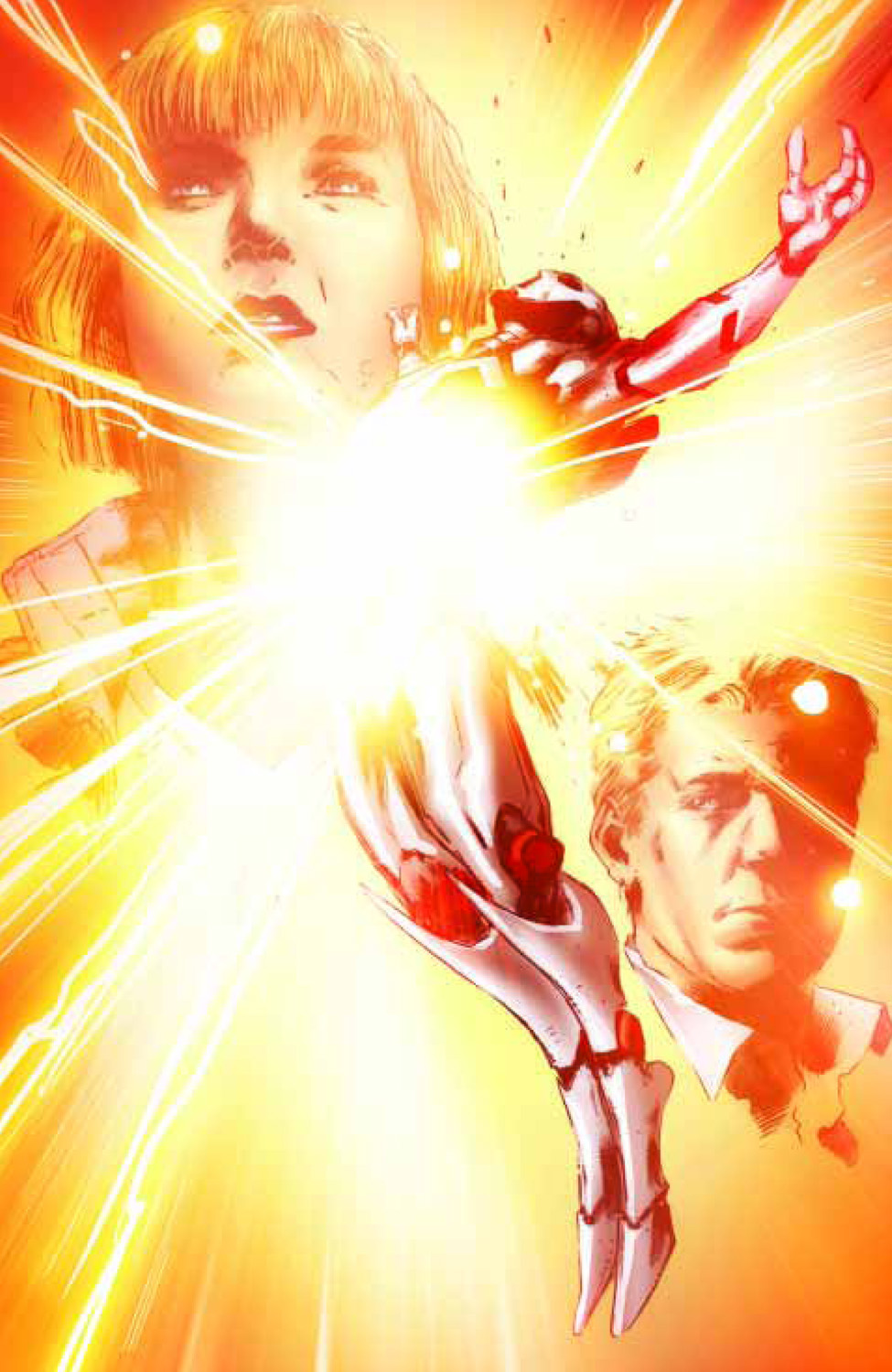 Stewart wakes up in hospital with Application Nine completely depowered. App Nine explains that the government has essentially removed the hospital from the town and placed it in suspended animation why its agents pick through it looking for App Nine and Stewarts tech. App Nine ask to work together to get out, but Stewart isn’t leaving his brother or friends behind. He powers up to save one of his friends and they are discovered. Once done with the battle the suit locks in on the memory again and finishes the story from the previous owner of the suit, but not before reiterating that soon it will be just Stewart and the suit and who ever has the stronger will, will be in control forever.

After six issues who really remembered the alien that died so that Stewart could have the suit? No one, but Abnett and Lanning bring us back there and add this element of character that we didn’t know about. There were three people in that suit and the dead alien was the only thing keeping Stewart in control of it. Aside from the cliffhanger the story also adds another element to the mystery happening in the story. There are a lot of people that want Stewart dead and he’s really facing the world alone. Everyone he knows has been attacked and injured and it has to be taking its mental toll on him by now.

The art actually improves from the last issue. It doesn’t look as rushed and Javier Pina really owns the characters now. It doesn’t look like he’s doing his best to draw a big name character, rather he feels like it’s his character which does wonders for the art. The coloring is also quite spectacular on the issue as it travels from space to Earth and then the suspended animation. All of them looking quite different and yet matching each other just right.

I liked this issue better than the last one. It’s probably the best in the series, although the first two from Paul Cornell were some of his best work. It really added a layer to the humanity missing from the series after it went all space-crazy. This issue grounded it and made it something readers could grab onto even more so. I guess what I really like is that there's a lot of tragedy to the story and its handled very realistic. People hurt don't just forgive and forget, they have long memories just like real people do. Sure the story may experience its ups and downs eventually, but this series has done enough to always keep me checking in on it.