The last issue of Soldier Zero is a hard act to follow, but #8 does a good job of keeping up the action and building Stewart as a main character while also dumping a few members of his supporting cast. Stewart has an earth shattering secret revealed to him by the suits former host in the last issue and now he must fight to maintain control of the suit or lose himself to it forever. That and he must find a way to escape the government holding facility.

App Nine continues to be an interesting character as he wakes up Kaylee to help bring back the human side of Stewart. It’s an interesting choice considering that Stewart has no real romantic connection to her, but she is the only friend that isn’t incapacitated. It takes Kaylee a while to come to grips with what’s happening to her and everything around her, but eventually she helps Stewart come out of his berserker rage. Afterwards App Nine covers for them while they escape the facility and discover that they’re now in the state of Washington. 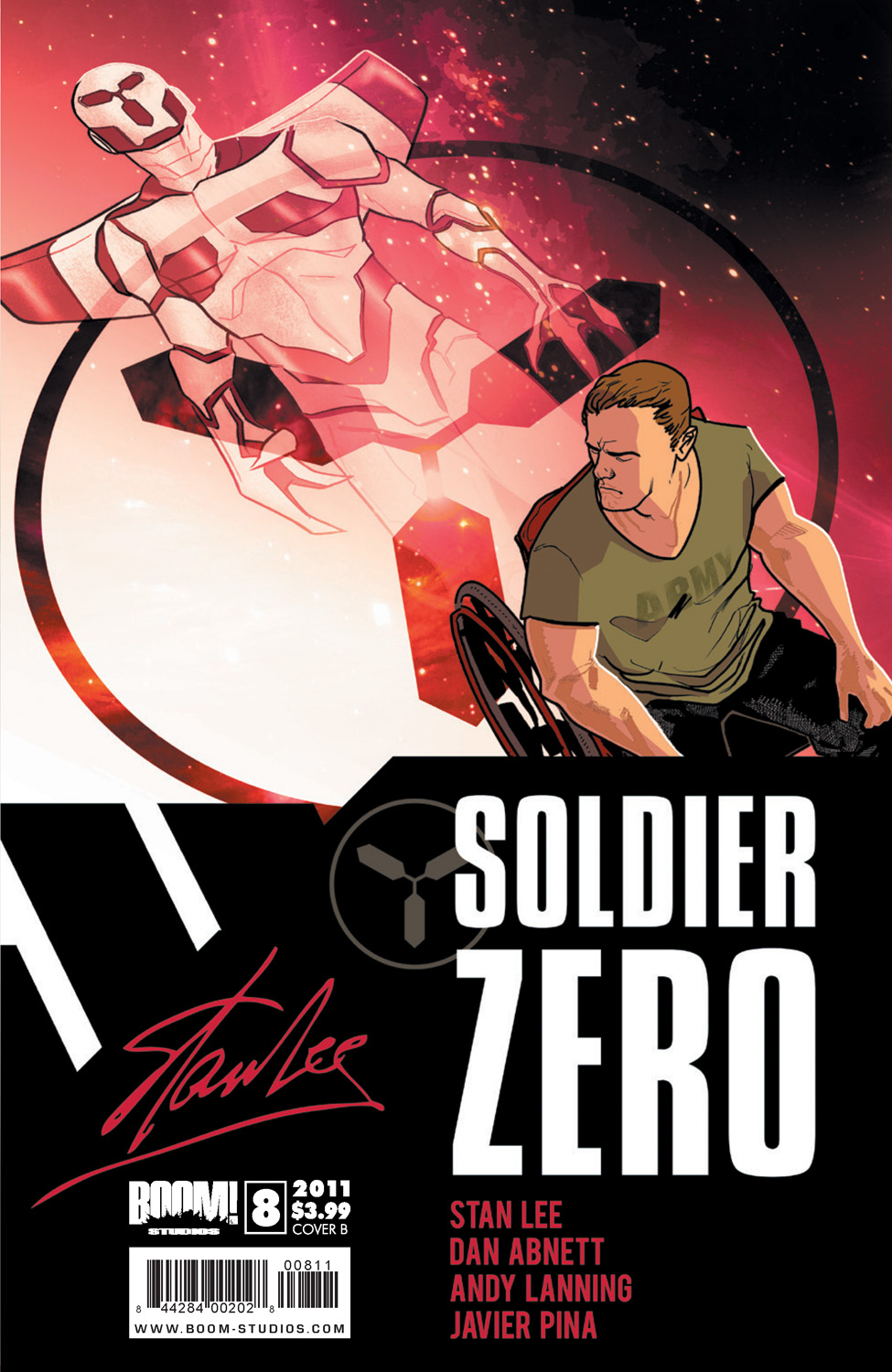 There’s a lot of action in this story so it moves pretty fast, but the moments it takes to build the character relationships are very good and keep the tension of the scene. The scenes between App Nine and Kaylee were a little drawn out, but it’s realistic for her character to need extra time to processes everything that’s happening to her. I rather enjoy that everything is happening so fast to Stewart as it's literally been only a few days since his life was taken over by an alien suit. Abnett and Lanning continue to leave their mark on the world Stan Lee has created with their own special brand of sci-fi and space adventure. Now that Soldier Zero has dropped most of his supporting cast the book will definitely change pacing and even the genre a bit as it adds the fugitive aspect to it.

As I said with the last issue Javier Pina really owns the material. He continues to be a core asset to Soldier Zero’s success and I hope that the plan is to keep him on the book for as long as possible. I’m looking forward more to the art in the next issue as several scenes where lacking detail and several panels lacked full backgrounds. I think this was mainly to keep the boring setting of a blue hospital a little easier to look at and thus making the last page look great as Stewart and Kaylee break out into a lush forest area.

The last three issues of Soldier Zero have really been good; so good in fact that I would say it’s moved into the top spot of the Stan Lee books. The last two issues of The Traveler have been lacking the quality the first issues had, but Zero has been consistently better with almost every issue. This issue may not be great for new readers to jump onto the series, but I think the next issue will mark a good place to join the story as Stewart must escape and find a way to keep the secret in his head safe.