This issue is seriously the best issue thus far. It feels different than the rest of the series and looks better with the addition of Roman Bachs on art. The Stan Lee books have been really good and even some of them great, but all of them have struggled to find their footing and get some level of consistency. Soldier Zero is no longer looking for that as they have definitely found the perfect balance for the story. If you wrote this book off as Indie then this issue has moved it into the big leagues of comics.

The story opens up with Stewart and Kaylee walking down the road looking for civilization after escaping from the military base. Kaylee is very nervous and letting her news reporter side take over and asks Stewart a million and one questions. Stewart is adjusting to his super brain which is starting to link up to the internet and isn't helping Kaylee's nerves at all. They find a restaurant and still Kaylee is full of questions for him; mostly if he’s really just an alien that’s living inside of the man once known as Stewart, now waiting to eat her brains! 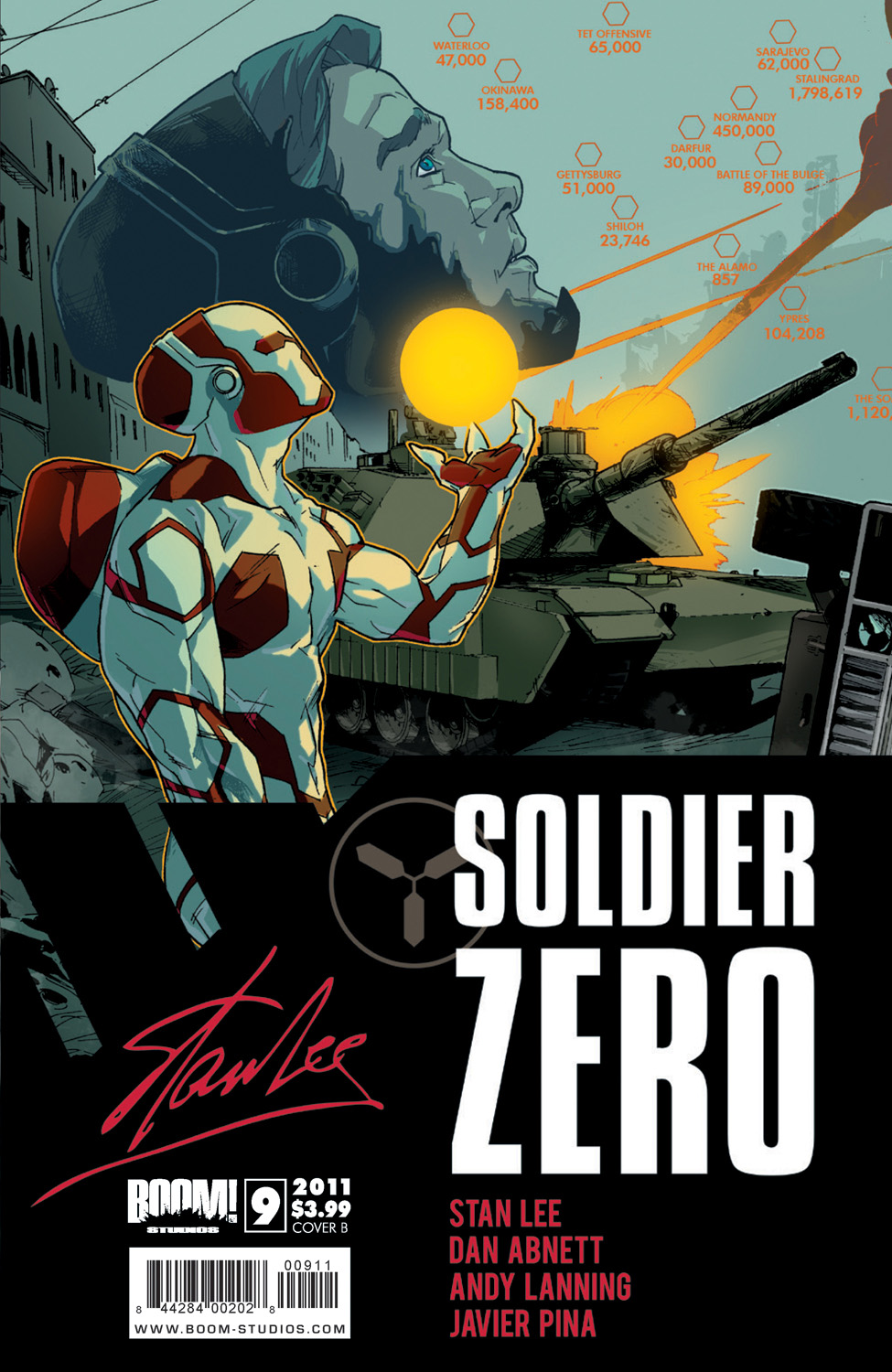 Their conversation is interrupted by a news broadcast about a UFO sighting in Blue Stone, Oregon. Stewart freaks out a bit causing a scene before Kaylee calms him down. He says that he has to get to Blue Stone because he knows that it’s an Alien landing. He offers to get Kaylee to safety, but she wants in on the whole thing, right after they figure out how to pay for breakfast.

Abnett and Lanning really found their voice with the last issue, but this one takes the cake. It’s damn near flawless in its execution and the only real flaws come in the art department. They take their time and actually develop Stewart and Kaylee more as characters. She’s instantly more interesting in this issue than the rest of the series. Also, they drop the brother angle and stop playing up Stewart’s interest in Lily. She doesn’t disappear from the issue, but they set the stage for an interesting come back. I think the best thing that Abnett and Lanning have done is tone down the Spider-Man-esque supporting cast and really narrowed the focus on just two characters.

The art is probably the best it’s been, but not perfect. The addition of Roman Bachs really helped with Javier Pina’s struggling backgrounds. In this issue the backgrounds are richer and much fuller, especially in the woods. The only part in which the art struggled was in the restaurant scene. Kaylee makes mention that people are looking at Stewart, but there’s only one other person shown in the restaurant in all of the scenes and he’s not looking at Stewart. Other than this minor detail, the art really is the best it has ever been and hopefully they keep both artists on the book or at the very least Pina continues to give rich backgrounds that make the world look alive and real.

The last issue had me looking forward to this issue and that’s really how a comic should work. You should be left wanting the next issue so that when it comes out it’s one of the first you read. Soldier Zero has never really made it to that point. I’ve always wanted to read it, but it was never first in my pile. This time around it’s made it there. When issue ten hits shelves, I’ll be reading it first thing.

Check out the early look for this issue as well.