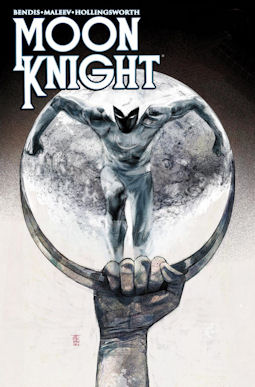 What this comes down to is whether it is actually better to burn out or fade away.

The reality of the comic marketplace today is that new books are going to get cancelled. It’s just a matter of time. Too many are practically dead on arrival. However, there are always a good handful that find the right combination of character and creative team to land on their feet. That is, until the creative team leaves in a few years. Then, these books are cancelled soon after regardless of the quality of the following run. And don’t try to tell me anyone is surprised.

Why does it have to be this way? Does it really do any good to force these characters into taking a walk of shame to cancellation? These books could end when the creative teams responsible for their success leave and be spared the stigma of becoming just another failed series. There’s less harm in simply benching these characters for awhile until some other creative team has a good pitch for them.

Look -- Winter Soldier had no chance of surviving without Ed Brubaker. That was always clear as day, and it’s no fault of Jason Latour. He’s just yet another writer given an impossible task. It’s much like how Duane Swierczynski couldn’t keep Immortal Iron Fist going more than a year after Brubaker left with Matt Fraction.

Secret Warriors didn’t get cancelled. It ended when Jonathan Hickman was done. Moon Knight was over as soon as Brian Michael Bendis was. No writer was going to take over either book and keep it going. That wasn’t in the cards. Instead, Marvel let the books end more honestly. We got complete stories and weren’t subject to being left hanging by the futile next run being short-lived. Oh, I had my criticisms about Moon Knight not making it as an ongoing series at the time, but I did leave the series with a feeling of satisfaction I just don’t get from cancelled books. 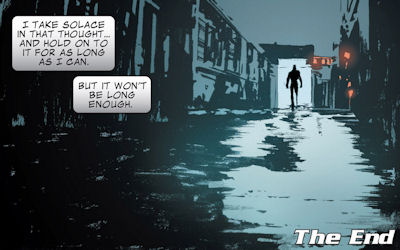 Here’s the thing. I’m not saying DC and Marvel should give up entirely on launching new ongoing series. But I do wish they’d be more realistic about it. I wish they would accept that some books are really just... maxi-series. There are certain series where the creative teams are inextricably bound to their success. Let those books gracefully exit the stage when their time comes.

It's really not fair to the writers who get tasked with trying to keep the books going. Taking on a challenge is one thing, but job's let this are more like being set up to fail. Unfairly, that writer becomes the one who got the book cancelled or couldn't keep it going. I would rather launch a new book and have it fail on its own merits. While that would still suck, I wouldn't be overshadowed by the far more popular creative team I was following.

Secret Six would not have made it another ten minutes after Gail Simone left it. Hawkeye is not going to survive without Matt Fraction. I’m very skeptical about Batwoman having a future beyond J.H. Williams III or Animal Man without Jeff Lemire. And you know, none of that is necessarily a bad thing. 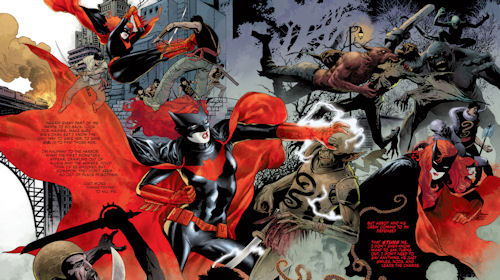 Or is this just me? It’s possible that I’m tired of seeing the same pattern play out again and again where characters are forced to jump through hoops and suffer gimmicks to prologue a series past its prime. I’ve had my enjoyment of some characters ruined by desperate attempts to keep their books going and look back wishing they would have just let the character end his book when it should have.

These characters have been around for decades and will continue for decades more. Some time sitting on the bench won’t hurt them. There’s no need to keep them out on the field until they collapse. Rather than continuing Winter Soldier past Ed Brubaker, I think I would have rather seen those resources go toward launching a new Invaders book instead. Or a new Black Widow series. Winter Soldier was over one way or another.

Seriously though, it’s not too late to give me a new Invaders of Black Widow book. I hear Jason Latour is going to be free soon.