"Surprisingly not bad!"
By: Edward Oliveira | Wii-U Features | November 6, 2014
Right after yesterday’s Nintendo Direct, the eShop was updated with a demo of Sonic Boom: Shattered Crystal. This reboot is based off of the new CG cartoon debuting on Cartoon Network this Saturday and was made by Sly Cooper: Thieves in Time devs Sanzaru Games. While many people have been mocking the character designs, I got to say that I have been liking everything I’ve seen with the final products: the games, the cartoon and the comic; so perhaps this is something to keep an eye on. 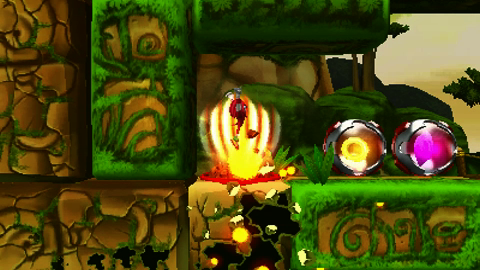 Before we go on, I must disclose that in order to fully enjoy this game (and most likely the Wii U game), you must forget what you know when it comes to Sonic games because Sonic Boom feels much, MUCH different. Levels are much longer, are paced slower and require exploration as well as the use of other characters on a constant basis. That being said, you are given two stages to try out: Seaside Beach and Worm Tunnel.
Like I said before, the regular stages like Seaside Beach are built differently with a more non-linear layout than you see in most 2D platformers, and will require a bit of time to complete each one (up to 15 minutes). They crave to be explored so switching to Tails, Knuckles and Sticks (sorry Amy) in order to continue by clearing pathways or flying to higher areas. If I were to compare to how they play, each stage feels more like a mini-Metroid, since the map will draw itself out and expand to new rooms within it. There are even little fun things you can find like a submarine minigame (complete with Tails’ tails as the rotors for an adorable touch) that’ll spice up the gameplay. These stages have a sense of replayability since there are hidden items to fetch too, and perhaps these are mandatory to unlock certain things. 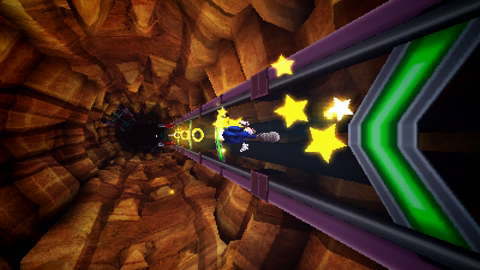 From what I played, I hope Worm Tunnel doesn’t replicate what one should experience as a boss fight because it was way too easy and boring. This area plays like those endless runners we see on cellphones (Like Sonic Dash ironically) but with an actual end. Here we run towards the front dodging lasers and zip-lining when necessary in order to go to the end of the stage where Sonic defeats the enemy automatically… and that’s it.
The demo doesn’t get into the story at all, so don’t expect to have to re-experience anything when the full version launches next week alongside the Wii U version of the game: Sonic Boom: Rise of Lyric. I’m personally stoked over the reboot since the cartoon looks hilarious and the first issue of the comic was also well done (Sticks is legit crazy and caused a few bursts of laughter). Since the stages in the 3DS game feel totally different than what we expect, it was a pretty much a 50/50 shot of the game being any good, but I can gladly say that the game is pretty solid. The complex controls got a lot of getting used to since it uses every button the 3DS has, and it didn’t mar the game in any way. Again, if you just walk into this knowing it’s like no other Sonic game, I think fans or newcomers alike can get into this brave new world of Sonic the Hedgehog.