By: Steven Chaitman | Movie News | February 15, 2012
His latest film, Ghost Rider: Spirit of Vengeance, is days from hitting theaters, but filmmaker Brian Taylor should consider himself a lucky man. One half of the directing duo behind the new superhero film as well as the "Crank" series, Taylor has struck a deal with Sony Pictures to write and direct a film based on the long-running PlayStation series Twisted Metal.

Taylor, who normally works with Mark Neveldine but will be going solo this time around, scored seven figures in the deal. Twisted Metal will be produced by the other "Spirit of Vengeance" duo, producers Avi and Ari Arad. The announcement perfectly coincides with the release of the latest entry in the video-game franchise. 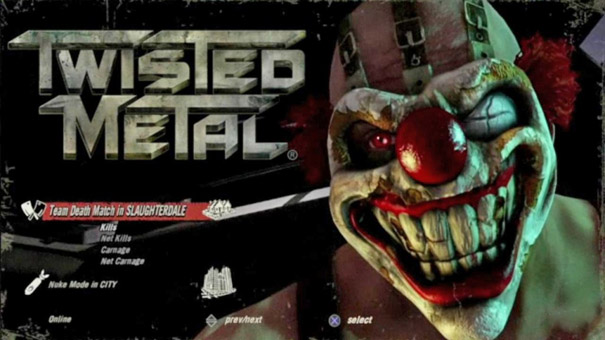 Deadline reports that the film will closely follow the game's premise, in which characters of questionable sanity fight to the death by driving around in vehicles jacked with heavy artillery. Think about it like Death Race meets The Hunger Games. The tournament is run by a man named Calypso, who thoroughly enjoys sadistic social experiments and will award the victor with a single wish—any wish.

Some of the characters expected to appear in the film include the ice-cream-truck-driving clown Sweet Tooth and the mask-wearing bi-polar femme fatale Dollface. Let the "Jackie Earle Haley for Sweet Tooth" campaign begin ... now.

Taylor and Neveldine are also expected to make a third "Crank" film (in 3D) and have expressed interest in a third "Ghost Rider" entry should "Spirit of Vengeance" perform well. The Nicolas Cage starrer opens Friday.