Here is a rather interesting quote regarding the next generation console announcements which are seemingly just around the corner. Many assumed Sony would be despearate to get out the gate first this time round after playing catch up for the first few years this current generation. Lots of the PS3’s problems came from a high price point and being late to the party. They have found an audience now, and have even sold more then the Xbox 360 worldwide, but we assumed they wouldn’t make the same mistake twice.

Well according to Sony CEO Kazuo Hirai that is exactly what they are going to do. He said "Why go first, when your competitors can look at your specifications and come up with something better?" This is a slightly odd quote for many reasons. Having been in development for a while now it is highly doubtful either company would be able to change the specs of their consoles to beat their competitors at this point. The best thing to come from announcing second is being able to undercut the opposition with its console price. 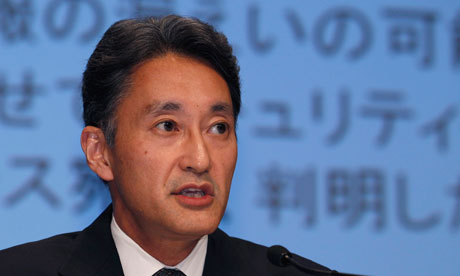 However I’m sure both companies will want to get out first and it will probably only be a matter of weeks between the different annoucenments and their respective releases this time, so Hirai could just be playing mind games. Either way, we are sure to get answers to all our next-gen questions very soon and that is a very exciting proposition.