By: | Movie News | September 29, 2011
Opponents of 3D, be ready to rejoice inside for a couple seconds. Sony has become the first studio to announce it will no longer do theaters the courtesy of providing funds for 3D glasses, which will pass that cost responsibility on to the theaters themselves.

The price tag for RealD glasses is surprisingly steep. The Hollywood Reporter says they can cost distributors $5-10 million per film. So why were studios paying for them in the first place? Initially, 3D needed a push through the door. In order to convince theaters to provide more 3D showings, they (Disney at first) offered to cover the glasses.

Now that we're approaching three years of regular 3D offerings, Sony is leaving that cost to theaters starting May of next year. So when or if you don 3D glasses for next year's Men in Black III or The Amazing Spider-Man, you won't have Sony/Columbia to thank.

Considering movie theaters have enough costs to contend with (that's why it costs $4.75 or whateverfor a small soda), it's a curious move if Sony has any interest in the longevity of 3D. The cost of a 3D ticket is already $14-15, so a price hike would likely not garner a good response from those who still indulge the third dimension. 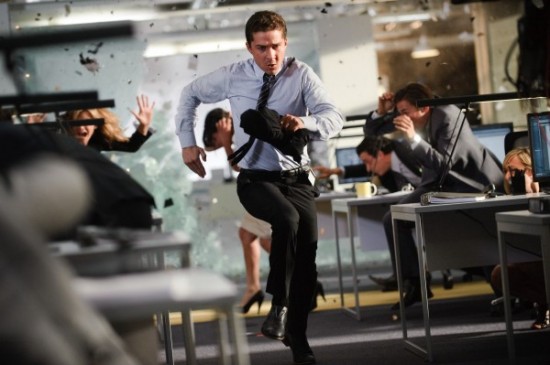 It has already been documented that 3D struggled over the summer. Outside of Transformers: Dark of the Moon and Harry Potter and the Deathly Hallows Part 2, films that made bank anyway, 3D sales percentages were not good. Having to pay any more is probably going to drive the few people still paying for your average converted 3D film to stop entirely.

Theaters could end up policing the recycling of glasses after showings. At the moment, you have the option of keeping your RealD glasses, though I would never want to wear glasses that can't stay on my face any longer than the two hours I didn't really want to wear them in the first place. The glasses are of course cleaned (at least we must hope), but there's still a cost involved. Studios seem to think that North America can adopt the practice of some foreign markets where consumers pay for glasses when they arrive at the theater, but unless the 3D surcharge goes down to make up for it, that will not make any North Americans happy.

To keep the need for glasses down in theaters, if all the other major studios align with Sony on this decision, then expect fewer 3D showings. Theaters will likely not want to drive people away from 3D completely by charging more, and considering some movies do terrible 3D business anyway, they'd be more selective about which films they'll show in 3D. With fewer 3D showings, moviegoers will have more 2D options. Casual moviegoers will no longer show up to theaters and find the nearest showing is in 3D so they have to see it or in the interest of saving money, convince families paying $60 for a 3D movie to wait for the next 2D showing to pay $44. This would eventually increase trickle back up to studios and hopefully the studio response would be to only offer 3D for sure bets, namely action films such as a Spider-Man film or a film they think the 3D is pretty special in and could gather some nice reviews.