Since the arrival of Apple’s iPad, tablet computers have never been more popular and most corporate techies are getting in on the booming market, including Motorola, Samsung, and Blackberry. And now Sony is following sweetly as they have just announced that they will release not one, but two separate gaming tablets.

At this moment in time, the technical specifics of the tablets are scarce. But what we can tell you is that much like the previously released Xperia PLAY Smartphone, both tablets, titled S1 and S2, are both “PlayStation Certified,” which means they will have a heavy focus on gaming and will be able to run games and Sony-published applications via the PlayStation Store and other various network services. Both tablets will use an operating system based on Google’s Android 3.0, the first version of Android to be created specifically with tablets in mind, and will also fully support Wi-Fi and WAN (3G/4G) connections. 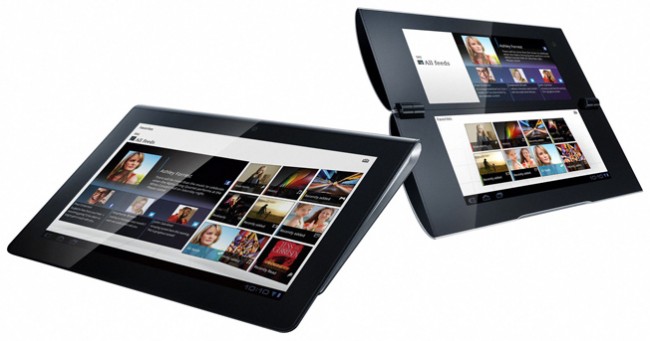 The S1 presents itself with the more standard design for a tablet with a 9.4-inch display, whereas the S2 is a more portable equivalent, which has two 5.5-inch displays and can be folded up when not in use for easy portability, similar to the design of the Nintendo DS.

“‘Sony Tablet’ delivers an entertainment experience where users can enjoy cloud-based services on-the-go at any time. We’re aiming to create a new lifestyle by integrating consumer hardware, including ‘Sony Tablet’ with content and network,”

“Android 3.0 is a new version of the Android platform with a new holographic user interface that is designed from the ground up for devices with larger screen sizes, particularly tablets. I'm excited about 'Sony Tablet' as it will further spur the development of applications and network offerings which users are looking for.”

Both of Sony’s newly announced tablets are expected to see a retail release this fall, but no specific release date has been announced as of this time.