Another of Aspen’s flagship titles returns this week with Soul Fire. The third volume takes place after magic has returned and a new period of peace between the Rahtumi and Sethoru has begun. One of the Sethoru isn’t happy with co-existence and has stolen a book from the forbidden library in order to use a dark magic that only the Sethoru can harness. Her name is Onyx and she has a lot of enemies still in this new peace filled world.

Grace, one of the Rahtumi discovers Onyx as she’s stealing the book of dark secrets and confronts her, but Onyx escapes back into hiding. Our star of Soul Fire is yet to be seen until Grace’s thoughts reach out to him. We find Malikai wondering the frozen tundra in a self-imposed exile. He recounts his last experience around people and how he could feel darkness creeping inside of him and changing him. Not wanting to hurt the love of his life he left. Now he decides to visit the closest city to get something to eat and finds a dive bar to do just that. The bartender is extremely friendly to him and even offers to talk to her landlord for an extra room so he doesn’t have to sleep out in the cold. Soon thought, Malikai will be thrust back into things as Onyx's plan unfolds. 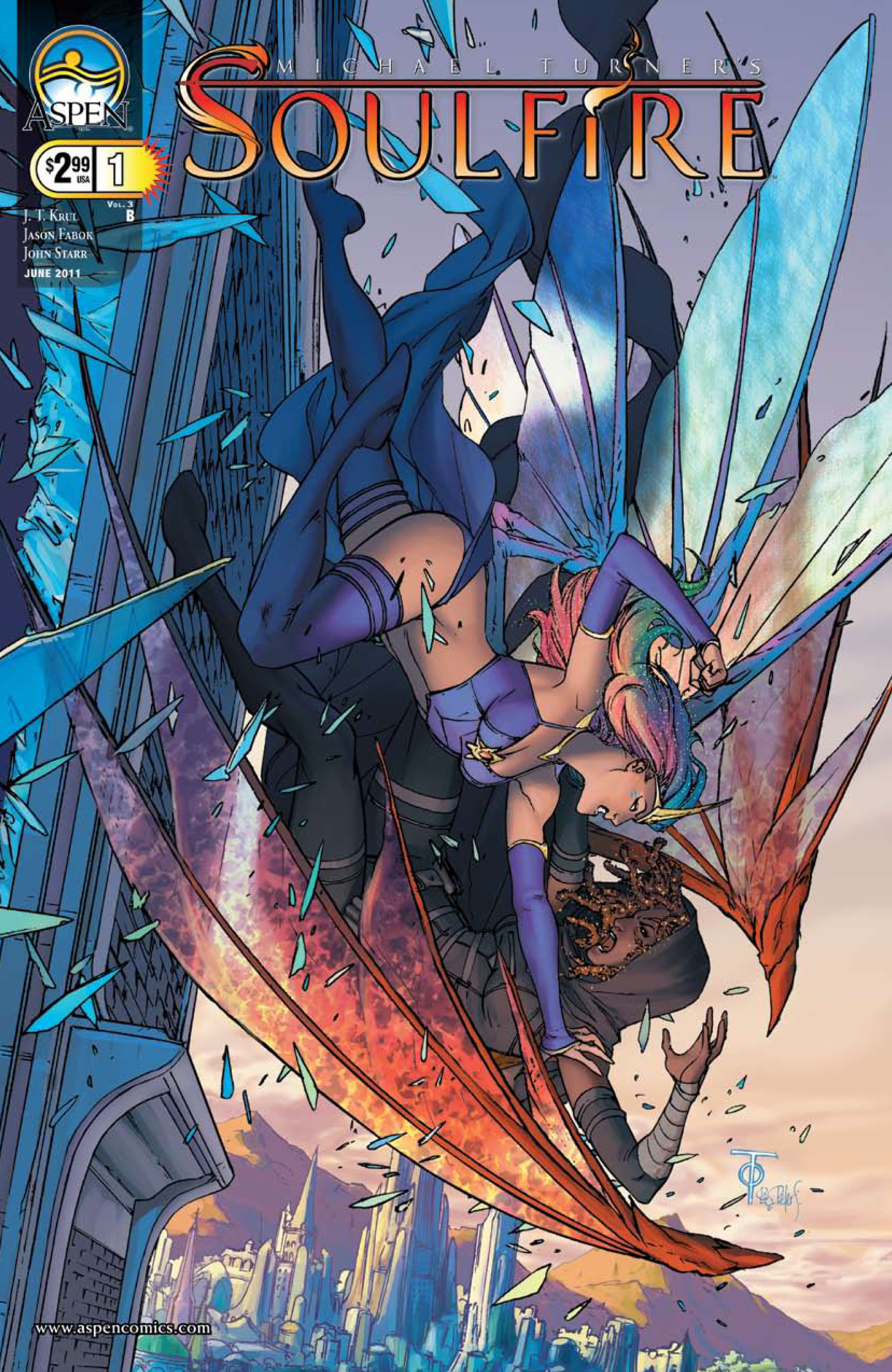 This first issue is pretty good. It familiarizes the reader with the world of Soul Fire and gets them caught up on the events of the past. It also sets up the catalyst for the plot of this story arc as Onyx wants to use a dark power to restore her people to a position of power. Writer J.T. Krul (MindField) does a good job of picking up the pieces of the previous storylines and reignites this franchise for a new set of readers. It’s been awhile since Aspen’s focused on their flagship titles, so it’s good to see a return to their roots while they continue to develop new franchises for the future.

The art lives up to Aspen’s high standards and artist Jason Fabok gives a solid performance on the book. He doesn’t try to copy Michael Turner’s style, but rather use it as an influence and give his own twist to the world. It’s a good thing, because it saves him from the constant comparison. Complimenting Fabok’s strong pencils is John Starr’s coloring and it goes without saying that it’s great. Aspen doesn’t have a single colorist that isn’t amazing and Starr is no exception.

Soul Fire was one of those books that never really sucked me in. It always seemed interesting and the art was beautiful, but I never got into the story. With this latest volume the series seems to have matured to allow new readers to become interested in it, while still catering enough to fans of the series. If you’ve been looking forward to the return of this flagship book then you won’t be disappointed.