Cartman’s superhero identity returns this week along with Mysterion, and a cavalcade of new heroes forming their own form of justice league, “Coon and Friends”. These characters date back to last season's episode The Coon and it is cool to see that Trey and Matt are still expanding the South Park character mythos. The real danger this week is BP and their apparent inability to ever drill for oil without causing a catastrophe. The BP jokes are well done for the most part, but the “We’re Sorry” sections, while funny at first, do go on a bit too long but not terribly so.

We are also introduced to Captain Hindsight, an obvious poke at the news coverage and popular sentiment after the Gulf oil spill. The superhero is ridiculously inept, unable to really solve anything and instead pointing out what we should have done to avoid it… hence Captain Hindsight with his perfect 20/20 hindsight. That sounds funny right? It is…the first time and then it just starts to get old. Hammering on a joke for too long is not really South Park's normal style, and it was even one of their points against Family Guy in the Cartoon Wars two parter. 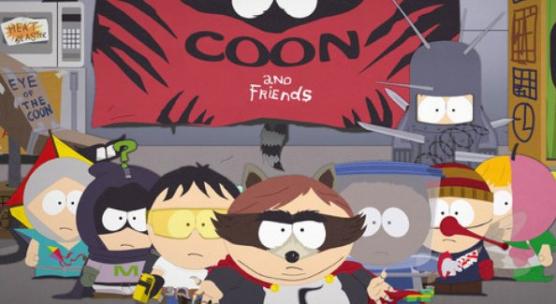 Eventually Cthulhu is introduced into the predicament and its pretty funny to see the pretty impressive graphics of author H.P Lovecraft’s, Old God, and the cardboard cutout South Park characters. We learn that this story is far too big for just one episode and it is one of the famous South Park multiple episode storylines. They do this every so often and they're usually the highlight of seasons.

The problem with Coon 2: Hindsight is that it feels like three unrelated storylines jammed together. On their own they're not enough content to make a whole episode, so they thought that putting them together would work. There is very little cohesion and as a result feel disassociated. There’s still some laughs to be had, and as it is not a single episode story it may be unfair to pass judgment yet, but it's not off to a good start.