Now that's more like it! After a week of bellyaching about how Spartacus: Vengeance has lost its charm & luster, "The Greater Good" quashed all potential rumors about the show's competence and gave us the best episode of the season so far. Last night's episode had the spark we were looking for, not just from the actors, but from the writers as well. This was premium television at its best, and it was damn fun to watch!

The reason why "The Greater Good" felt a lot different from the first two episodes was because it seemed to have abandoned the idea of easing into the story. The focus was taken off Liam McIntyre & his quest to live up to Andy Whitfield's brilliance and put back on the struggle between the slaves & the Romans. The writers clearly didn't hold back & the whole setup worked perfectly, in large part due to the presence of Nick Tarabay. The audience needed a truly evil character to root against and Ashur was the missing link. Glaber has been fumbling & bumbling ever since his arrival in Capua and I just can't seem to take him seriously as Spartacus' biggest problem. But what happened when Ashur came into the picture? Oenomaus got captured & tortured (not to mention he discovered the illicit affair between his late wife Melitta & Gannicus), Glaber finally earned the respect of the masses (for once), & Crixus is now Glaber's newest prisoner. Any remaining doubts we had about Lucretia's motives (and sanity) were also solved after her conversation with Ashur. I actually liked the way he finally managed to push Oenomaus' buttons and his initial frustration with Oenomaus and his honor were awesomely portrayed. Ashur comes across as an opportunistic sociopath, so his perplexity with Oenomaus' refusal to cooperate seemed to be genuine. Oenomaus' realization about Gannicus & Melitta's betrayal also provided an opening for Gannicus to make his entrance this season. It's finally going to happen!

Meanwhile, Spartacus and his band of brothers had major problems of their own. It's clear that the success of the slave rebellion hinges on the relationship between Spartacus & Crixus. Agron's decision to withhold Naevia's true fate from Crixus might have seemed cold at the time, but it turned out to be the right one. Spartacus' word is his bond, so heading to the mines to rescue Naevia was always on the cards. And guess what?? The initial awkwardness associated with Liam Mcintyre's transition into Andy Whitfield's shoes seemed to have disappeared! I don't know when or how it happened, but all the commotion about Liam McIntyre's ability to handle the role just didn't seem to matter. There was too much going on for any of us to take notice. The fight between the Romans & the slaves (in the mines) was pretty good & the whole sequence reminded me of the excitement I first experienced while watching the premiere of Spartacus: Blood & Sand, or when Spartacus defeated Theokoles. These are the moments that make us keep coming back for more!


Spartacus: Vengeance and its actors will probably never win an Emmy or a Golden Globe. But with all the focus being heaped on Liam McIntyre, I believe Manu Bennett's performance as Crixus deserves a special mention. Spartacus: Blood & Sand will always be Andy Whitfield's show & his performance clearly overpowered the rest of the cast. However, this installment of the series has given Manu Bennett a chance to shine, and I have to say he's done a pretty decent job. This episode in particular made me realize his range as an actor -- something I didn't notice before. The character of Crixus is an integral part of the series, so let's hope Glaber doesn't come down too hardly on the guy!

So what's next for the slave rebellion? Crixus' capture was unexpected and Spartacus is running out of allies. Keeping in mind that this isn't a lore-friendly version of Spartacus' story, the writers have given themselves a lot of different avenues to explore. Unlike Game Of Thrones, where the characters & the story have a certain obligation to remain loyal to the "A Song Of Ice And Fire" series, the Spartacus series has a valuable opportunity to tinker with how Spartacus brought glory to the slaves in the Third Servile War. Historical accuracy clearly isn't a priority for this show, so why not go all out and give us a completely different take on how Spartacus shattered the foundation of Rome? I'm just spitballing at this point, but the notion is exciting! 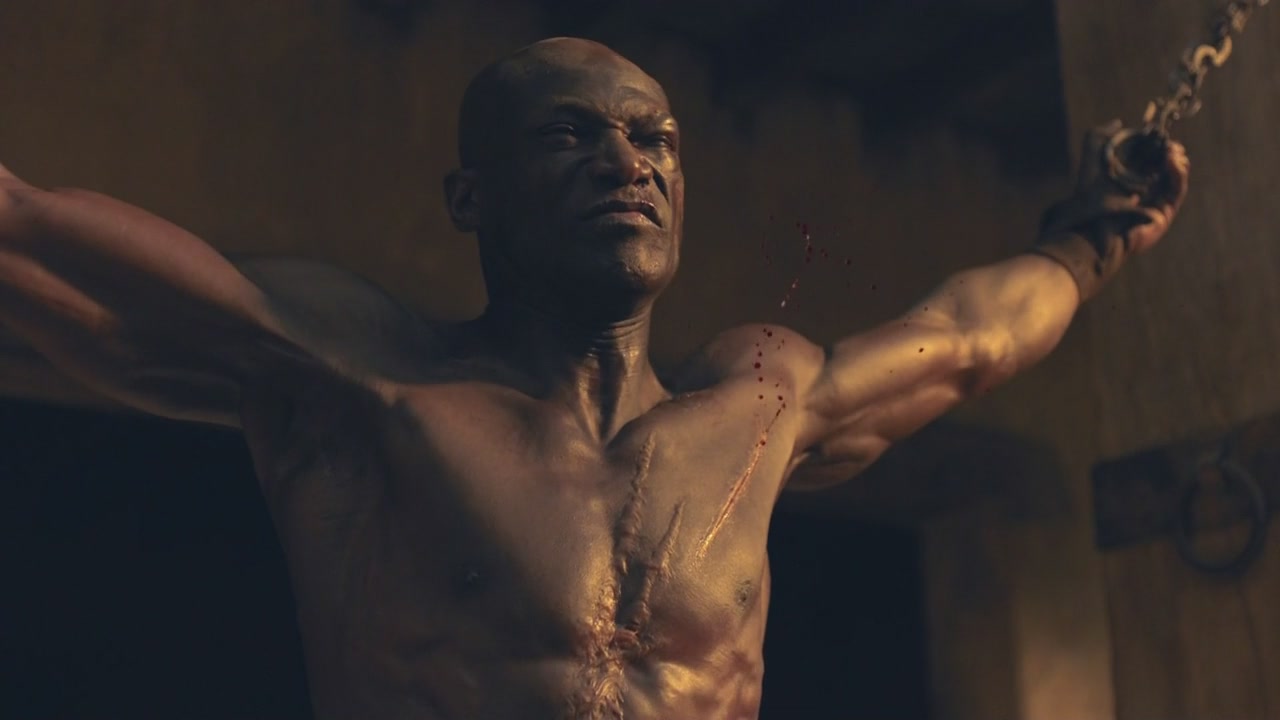 - The Gods must have heard about Crixus' genuine dislike for Syrians. Is Ashur finally going to get even with Crixus for crippling him?? Or is Lucretia going to take a 'stab' at him first??

- Oenomaus & Crixus are both Glaber's captives for now. As far as the slave rebellion goes, is this an inconvenience or an opportunity?? It's more than likely that the two will join forces to escape but once they're free, will Oenomaus join Spartacus?? Or will he pursue Gannicus instead??

- Lucretia & Ashur's plan seems to be working like clockwork -- Batiatus would have been proud. There's still the question of what Lucretia has planned for Ilithyia & her child. I'm probably getting ahead of myself, but if Ashur knew about Melitta & Gannicus' affair, there's a good chance he knows about Ilithyia & Spartacus' encounter last season. If there's a chance she's carrying Spartacus' child, Lucretia is smart enough to put two-and-two together.

- The character Nasir (formerly Tiberius) seems to be doing his part for the rebellion. I do get the feeling that there's more to his story than we know. I know there are probably hundreds of Syrians running around Rome and Nasir did mention he had a brother, but could there possibly be a connection between Ashur & Nasir?? Or even Nasir & Dagan (the dude who was bought by Batiatus along with Ashur in Spartacus: Gods Of The Arena)??

Overall, "The Greater Good" proved to be the best example yet of what Spartacus: Vengeance has in store for us. People may say that the series is a mangled mess composed of hack & slash madness and rampant sexuality. I say -- Bring it on!!