‘Splosion Man’s Gets Sequel, Better Half

For those who think the act of exploding requires a more graceful, feminine touch, developer Twisted Pixel just announced Ms. Splosion Man, follow-up to their Live Arcade Hit ‘Splosion Man. Joystiq has a lengthy interview with Twisted Pixel COO Josh Bear asking him about the game.

The title is an homage to another classic gaming spouse, Ms. Pac-Man. Bear calls his studio’s new game an homage to Ms. Pac-Man in that it has similarities to a previous game but is “more polished and better all around.” Plus, he says, calling it ‘Splosion Man 2 would be boring. 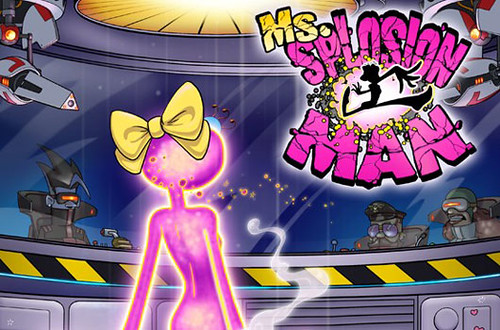 Bear says that the reason they never added DLC to the first ‘Splosion Man was because Twisted Pixel was looking to add new types of puzzles and “new character stuff” as opposed to just releasing new levels. He also stated that the difficulty will be rebalanced for Ms. Splosion