The Boston Globe has been known for being a leader in investigative journalism throughout modern news reporting. The Globe's "Spotlight" team has existed since the 70’s and has a reputation for breaking open some of the most important stories in reporting history. When this Boston Globe team decided to look into some of the dealings of one of the most influential institutions in Boston, the Catholic Church, it caused quite a stir. The story of Spotlight travels through the investigation as the team searches for the truth behind allegations and the potential cover-up of child sexual abuse within this religious organisation. The team takes a comprehensive look that spans from the initial enquiry to the modern-day situation and the challenges that extended beyond the borders of Beantown. The tight-knit reporting team is shown experiencing backlash because of the influence that the Catholic Church has on the religious, legal and government establishments in Boston. The team's work was the spark that ignited the worldwide investigations of the Catholic Church and other organisations on these abuses against children. Director Tom McCarthy (The Station Agent) delivers an exceptional film on this abhorrent part of human history. It is difficult to celebrate the artistry when the topic centres on the sexual abuse of children. The story of Spotlight is exceptionally unsettling, but does provide the cast and production team with some of the best performances of their careers. The value of seeing this film is based in understanding the severity of the topic and praying that these atrocities are stopped. 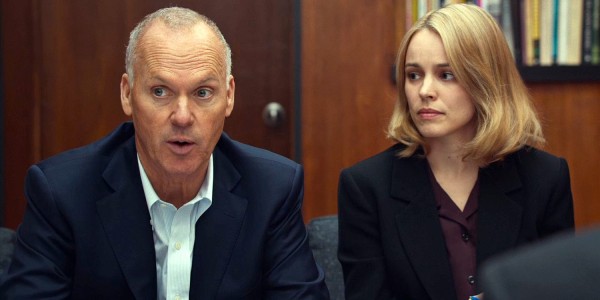 The screenwriters, Tom McCarthy and Josh Singer, manage to keep the reality of the central situations without exploiting the victims for entertainment value. They did not hold back on acknowledging the injustices that were committed and the system that attempted to hide them. These writers provide rich and vibrant characters within the drama that show the seriousness of the situation and the importance of exposing this dark side of history. The accuracy of the script to the actual events provide an ominous task for the cast. Their interpretations of the investigation needed to be treated with care and professionalism, which is evident in the performances. Each member of the ensemble prove their acting prowess in their respective roles. Mark Ruffalo, Michael Keaton, Rachel McAdams, Stanley Tucci and Brian d’Arcy James will be competing for a multitude of award considerations alongside the director and writers. Their treatment of the topic and methodical exposure of the truth behind the travesties committed by the Catholic Church were difficult to stomach, but open the door to a topic worth engaging. 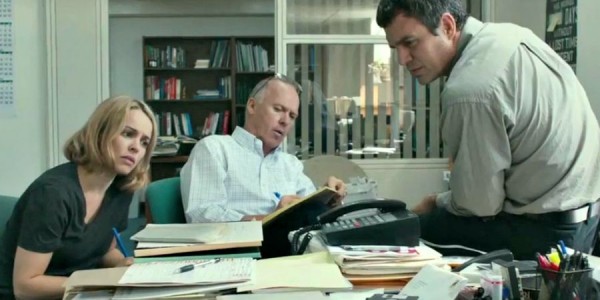 More than one of the victims depicted in the film states what an integral role each priest played within their community. To most people these priests were the representation and embodiment of God. The reality is that these predators were not representing God during these horrible acts against children. They were proving what the prophet Jeremiah states about the heart of mankind being desperately wicked. These men needed to be brought to justice and held to account instead of being allowed to continue these egregious acts. Spotlight conveys these people were seeking justice to be administered. In the same vein as classic films like All the President's Men, this is a story that brings to light the need for investigative journalism and for the accountability of organisations. Spotlight exposes that certain people desire to hide their moral failings, but the film proves that all things will eventually be brought into the light. This carriage of justice makes this a film worth seeing for the performances and for the sake of keeping this sort of thing from happening again.
Rating
8.0
Pros