"Zero chance"
By: Edward Oliveira | Wii-U Reviews | April 29, 2016
It has been 2006 since Nintendo released a Star Fox game, with Star Fox Command. The Nintendo DS game had multiple endings, which went off in very different directions: Fox disbands Star Fox and had a kid with Krystal, Krystal rejoins Fox’s rival gang Star Wolf, Fox and Falco join an F-Zero like racing circuit, and more. These types of endings hinted the end the Star Fox canon, accumulated from every game in the franchise, many of which are tough to find. With the original SNES Star Fox hard to emulate on a console from the FX chip, Star Fox Adventures developed by Rare and Star Fox Assault being a late GameCube title, it’s not surprising that Nintendo wants to reboot the series by going back to the Star Fox 64 portion of the story in order to prevent alienating newcomers and causal fans alike. 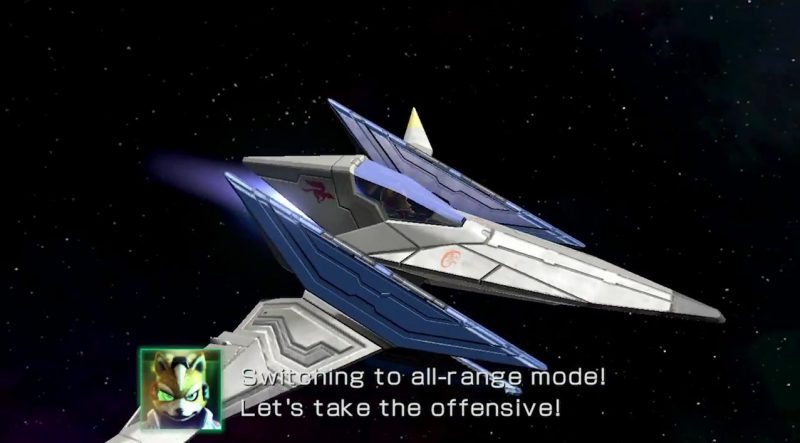 A retelling of the events in Star Fox 64, Star Fox Zero has Fox McCloud and his team take on the monkey scientist Andross, who started a war within the Lylat System. It’s not a remake of 64, as there are not as many stages both new and old, and while some enemies return, many of their combat styles have changed in order to take advantage of their new roles. When Star Fox 64 was remade on Nintendo 3DS in 2011, I was very let down. Granted it’s still the same game that was released in 1997, but because it reminded me that it was game that was okay by 1997 standards doesn’t hold up as well in 2011. Star Fox Assault on the GameCube brought new gameplay to it, making it more like a Star Wars Battlefront-like third-person shooter with more all-range modes, on-foot combat and the ability to leave and enter vehicles at will. Unfortunately, the dated N64 formula returns and it’s worse than ever, to the point that the bland voice acting from 64 returns, girly Slippy and all. Granted it has some perks of its own increase of all-range modes, it’s 100% hampered by forced GamePad integration (and boy, we’ll get to that later). 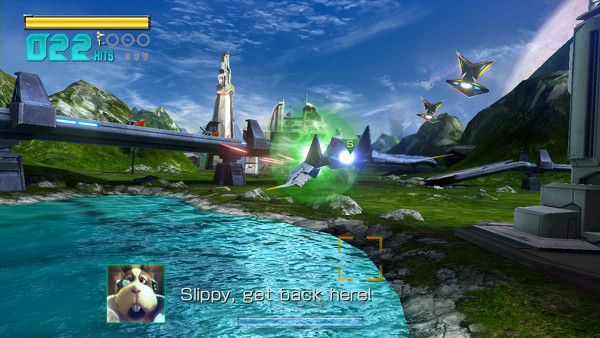 Even with standard controls, Star Fox Zero’s so blinded by its own nostalgia that it didn’t realize that Star Fox 64 was a short and simple game, and gaming has vastly changed since then (the aforementioned Star Fox Assault’s additions included). With Nintendo really modernizing with some neat open world games like Xenoblade Chronicles X or great use of online like Splatoon, you’d think a game like Star Fox would have a ton of enemies, online dogfights and perhaps online co-op. In its core, it’s barely a competent Star Fox 64-2 in a gaming world where a space flight game as innovative as No Man’s Sky is releasing mere weeks later. Since the Wii, Nintendo has released two consoles in which a strength is the ability to take advantage of a multitude of controllers for users to choose from, whether it’s the Wii Remote, the Wii Remote with a Nunchuk attached, Wii Classic Controller, Wii U Pro Controller, GameCube Controller and the Wii U GamePad. Some of the most popular games are that because they take advantage of that console strength with games like Super Smash Bros., Mario Kart 8, Super Mario 3D World and Bayonetta 2. Even games with motion controls or GamePad functionality can be opted out with the Pro Controller like the Zelda games, Splinter Cell Blacklist and the Assassin's Creeds. Why does that last paragraph exist? Because the games that are the most convoluted has no other controller option. Star Fox Zero is the #1 offender of this, not because it’s gimmicky for gimmicky’s sake, but it's horrific in execution. I’m surprised that Nintendo green-lighted and released this as is. 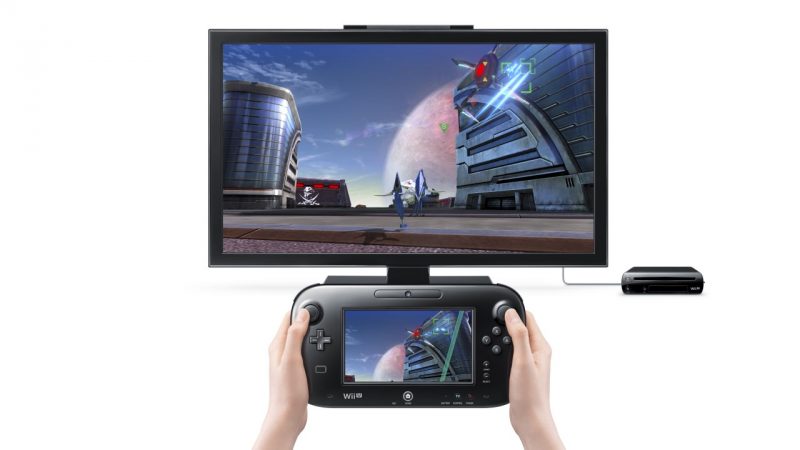 You move your vehicle with the left stick like normal, but you aim with the GamePad’s gyroscope. That wouldn’t be as bad, but the Gamepad has the cockpit view, the restricted one you never used in Star Fox 64, is needed to see where you’re actually aiming at. If that goes it's orientation, and it will…a lot, it’s the right stick. You shoot with the triggers for some reason instead of the vehicle tilt/barrel rolls, because for some reason, they thought that should be on the right stick that I accidentally click and shoot bombs. It’s by far one of the worst examples of controller mapping I’ve ever seen for a video game. 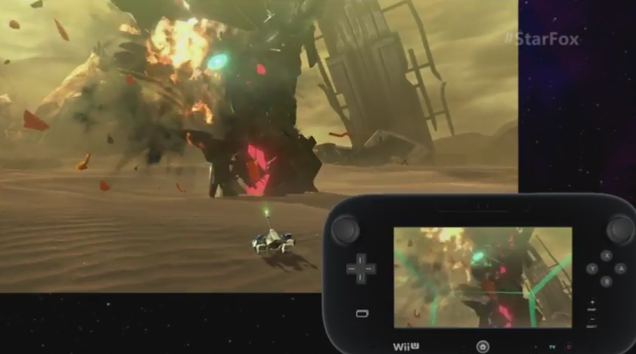 While some disasters in the controls can be avoided with the three-dimensional movement of the Arwing, all of these problems come together like an inbred family when the Landmaster and Walker are in all-range mode. Here, the user must aim the barrel with the GamePad’s gyroscope and screen, while moving the tank with the left analog stick, while doing it in a fixed perspective on the TV, while dodging by strafing or slowly hovering with the right stick. Even without a GamePad in your hands, try to imagine the amount of work the user has to do to, and that’s not even counting if you have to recalibrate. And this isn’t a “get good” moment like in a Punch Out or Devil May Cry, it’s the lousy controls in full fruition. It’s rubbing your belly, patting your head, standing with one leg and using the other leg to kick yourself in the groin. I can do that, and sadly tested it out while writing this review, but at least I didn’t spend $60 on it. And it didn’t require chameleon eyes to see two screens at once. Though I cannot recommend Zero because it’s barely playable, there are some moments I wished I could enjoy more if it wasn’t for the controls. There is a cool stage that makes you going super fast on, zipping through obstacles, and some twists to the story and it's progression. Though the game looks good at best, both screens run at an impressive 60 frames. Lastly, the other new vehicle, the stealthy Gyrocopter, controls the best out of all of them (aside from the similar shooting), but it slows down the pacing of what a Star Fox should be. I have played Nintendo games my entire known life way back since the NES was still their current platform, and I can say that out of all the more important AAA games Nintendo has made throughout the generations, Star Fox Zero is by far one of the worst games they’ve ever made. It’s dated before adding the busted controls, and it’s barely playable after them. While Star Fox Assault wasn’t perfect, to me it was still the correct direction to take the franchise since it added depth and new gameplay to the old-fashioned Star Fox 64 formula. Zero was everything I didn’t want in a Star Fox game, and worse.   Star Fox Guard Unlike Zero, which shoehorns GamePad functionality with terrible results, Star Fox Guard was a tech demo that showed off how the GamePad can be used in a unique fashion. This tech demo formally known as Project Guard shipped dolled up with a Star Fox skin, much like the games in Nintendo Land, starring series mechanic and resident doofus Slippy defending his uncle Grippy’s mining factory from robots. Like the Nintendo Land games, it’s short, quirky and has some neat elements – but not really great for long-term play. 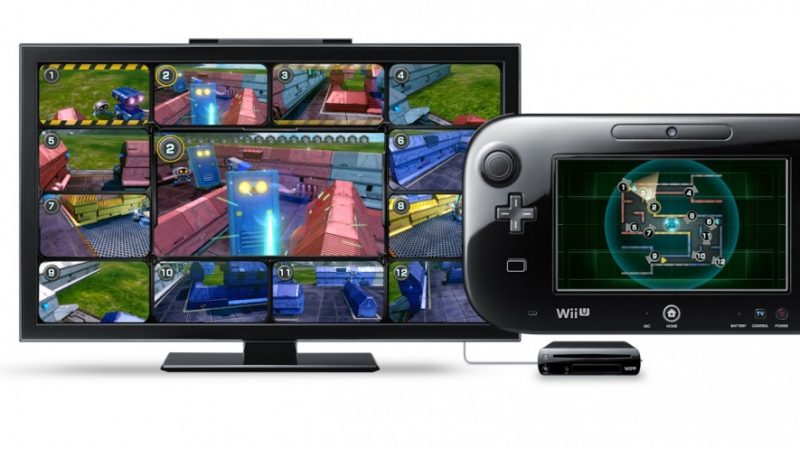 The game is a tower defense game mixed with the camera functions of Five Nights at Freddy’s. The TV has all your placed cameras’ perspectives with your current view in the center, and you attack the incoming robots by changing camera feeds and shooting with your selected camera’s equipped gun. Changing feed is as simple as a tap on the GamePad, which contains the map of the stage and everything in it. The robots have their own strategies alongside them, with some chasing the core you're defending, and some taking your cameras out. Star Fox Guard goes a bit further than the Nintendo Land games with online functionality. You can edit the stages via the GamePad and share them on the Nintendo Network for others to play. The game is simple enough so anyone can edit their robot waves and share them online, even simpler than the amazingly designed Super Mario Maker (but Guard is also extremely simple in comparison). It’s great that Nintendo has made another social game, and you can buy it on the eShop separately without Star Fox Zero.
Rating
4.0
Pros