"Boldly surpassing even the highest of expectations!"
By: Sneh Rupra | Movie Reviews | July 23, 2016

Star Trek Beyond has been eagerly anticipated by fans - the third instalment in the reboot franchise, and under the helm of Justin Lin while J. J. Abrams was off doing Star Wars instead. The first most noticeable difference between 'Beyond' and its two predecessors is the decided lack of lens flares … and the film definitely not worse off without them! Sorry J. J.

Simon Pegg’s comedic writing really lifts the whole movie, while Justin Lin’s experience with action scenes and the core theme of ‘found family’ in his Fast and Furious franchise makes for a brilliantly exciting and emotionally nuanced film. 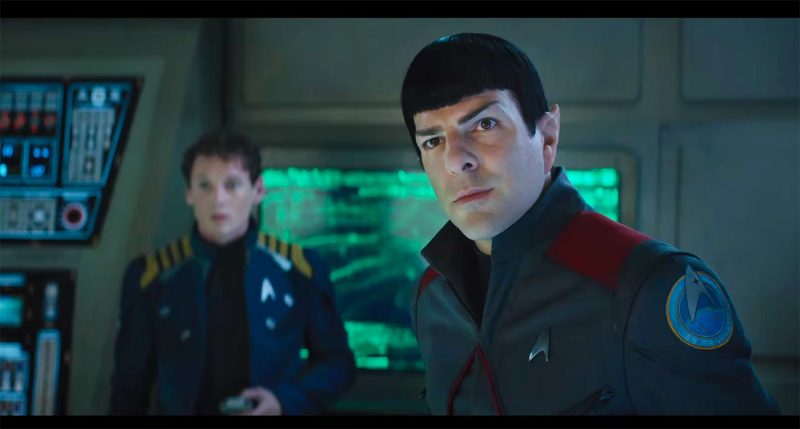 The opening sets the scene perfectly, illustrating just what the first three years of this five year mission have been like. “Episodic” is the word Kirk uses. It’s genius. Unlike the two that came before, rather than using familiar villains or imitating scenes from the original series, 'Beyond' finally masters the best way to call back to the source material: through structure and theme. The whole film plays out almost episodically, giving each character a moment to shine individually before bringing them together as a team, and rather more than incidentally, the core theme of the film is the unity of the crew.

The characters start the movie with uncertainty - about their positions, their roles in Starfleet, the purpose of their mission. Although Krall and his swarm present a formidable threat, the real journey undertaken is not the overcoming of evil, but rather the realization that the crew is better and stronger together … and what better way to come to that end than to fracture them apart?! 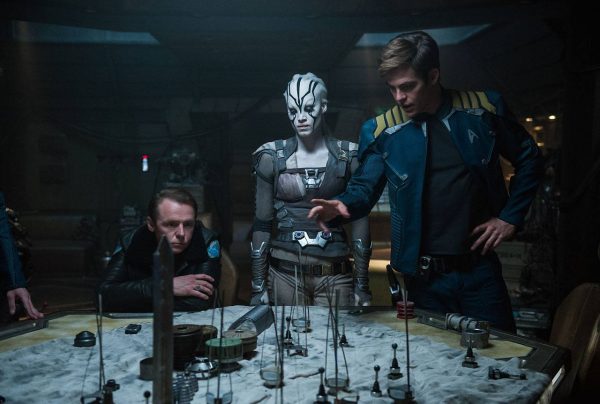 The destruction of the Enterprise was shown in many of the trailers so it obviously did not come a surprise, but the entire sequence was visually stunning. The effect of the swarm, hundreds of tiny ships, utterly decimating the hulking Enterprise was the raise the stakes to an entirely new level. The ship and all its technology - not only a safety net the crew have relied on since the beginning, but also their home - is destroyed, leaving them stranded and separated on an alien world.

The character pairings allow different relationships to be explored and developed - the first two films were very much about Kirk and Spock’s relationship, but this time around we got to see them independent from one another. Until now, we have only ever really seen Spock in relation to Kirk -  as a rival, a first officer, a friend - but for the first time now we get to see Spock as an individual. We see Spock’s aspirations, his hopes and his fears, the challenges he alone faces. The loss of Spock Prime was a lovely tribute to Leonard Nimoy and Spock’s enhanced fears of his own morality and his duty to his race. 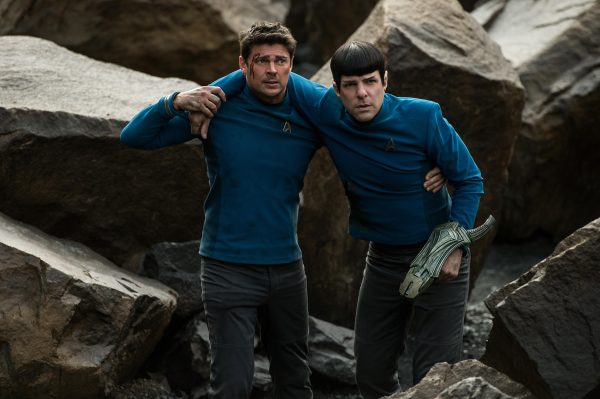 Spock’s contribution to the film wasn’t all doom and gloom! We finally got to witness some of the legendary Spock Bones banter as the two ended up in dire situation after dire situation alongside each other. The two balanced snark and genuine respect for each other admirably, and without Kirk there as a middleman, it solidified the third side of the Enterprise triumvirate, as well as giving us all a good laugh!

Bones got to step outside his comfort zone and do a little field work, whilst Scotty befriends Jaylah (Sofia Boutella) - a delightful addition to the ensemble. Uhura displays skills both martial and diplomatic in the face of the enemy, and her relationship with Spock remains organic in its ups and downs. Sulu too gets a little development, with his family adding a personal dimension to the threat against the space station.

The final pairing of characters is Kirk and Chekov, whose teamwork speaks of a friendship developed since we last saw them. It would be remiss not to mention Michael Giacchino’s phenomenal score, which plays a huge part in the film, most noticeably with the mournful reprise of the Enterprise theme - usually so triumphant - as Kirk and Chekov stumble upon it’s flaming carcass.

Jaylah helps the core ensemble rescue the remainder of the crew from Krall’s clutches, where he plans on dramatically draining them of life to extend his own. This process also apparently explains why he’s blue and bumpy at the beginning, and more human-looking at the end … something to do with taking on the characteristics of his victims? Maybe? Anyway, it sure was nice to see Idris Elba wasn't completely caked in make-up! 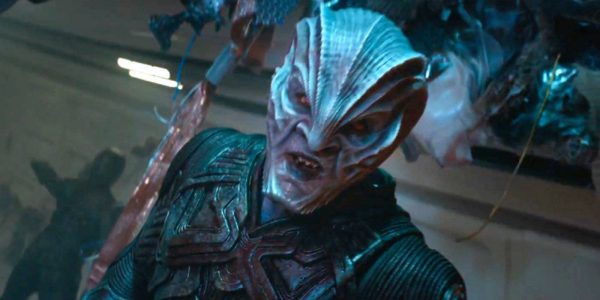 As for the plot itself regarding Krall, it was a little convoluted. He is an alien with mysterious links to the Federation, seeking revenge by attempting to receive the movie's MacGuffin, a strange ancient weapon. That part makes sense, but his anti-peace spiel about humanity being stronger when faced with opposition struck me as odd when we finally find out who he really is. The tagline of the movie was “This is where the frontier pushes back,” and that really raised my hopes for an anti-colonialism plot. Unity amongst the Federation was very important to the film, but there was definitely room for critiquing the colonial aspect of the Federation.

On to some lighter stuff - somehow Pegg managed to write in plot-relevant scenes involving a whole bunch of holographic Jim Kirks riding around on motorcycles, and rock music saving the day. It’s hilarious without detracting from the stakes at all, and each crew member contributes to the ultimate takedown of Krall and his swarm. 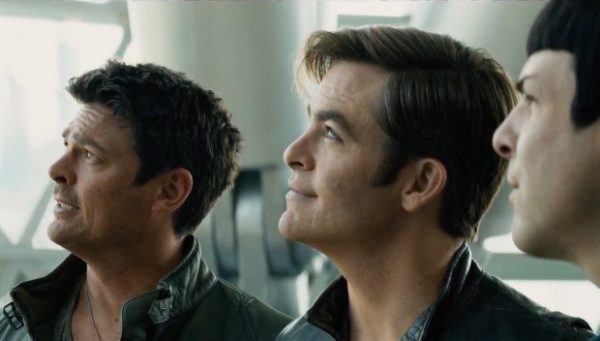 In this film we really do see Jim growing out from under the shadow of his father, and learning how to be his own person as well as a leader. He is much quieter, more focused, and finds the purpose he was looking for. Spock also grows regarding his doubts about his place in the world. This skilfully incorporates the motif of Kirk and Spock really being two sides of the same coin and it really speaks to how perfectly this film was structured.

Overall, this film recaptured the true spirit of the original series better than this reboot franchise ever has before. It allowed for us to see the characters outside their comfort zones, forcing them to adapt and grow. Ultimately, the message of hope and of the importance of family shone through and the action scenes wowed like never before! Kudos to Justin Lin and Simon Pegg for reminding us all of the true spirit of Star Trek!