I had pretty high expectations for The Force Unleashed 2. I was a big fan of the original and despite some big flaws it was still one of my favorite games of this generation. When a sequel was announced it seemed too good to be true, a chance to fix all the mistakes in the original while potentially improving on everything I loved about the first—Yes please! Unfortunately, The Force Unleashed 2 fails to deliver on those ambitions.

The story opens with Darth Vader's signature Tie Advanced landing on the stormy world of Kamino. We learn that Vader has been trying to clone an improved version of the Starkiller from the original game—And unsuccessfully at that. It seems that due to the accelerated cloning process each previous clone has succumbed to madness because of residual memories from the original Starkiller. In fear of being the next clone Vader casts aside, The cloned Starkiller lashes out against Vader and manages to escape the cloning facility in search of the Rebel allies from the first game.


Unfortunately the plot is a lot weaker and shorter this time around. The main focal point of the game revolves around regrouping with the Rebellion and finding Juno Eclipse, the love interest from the first game. Instead of trying to figure out who is he and if he is really a clone, Starkiller spends the entire game playing catch up to Eclipse. 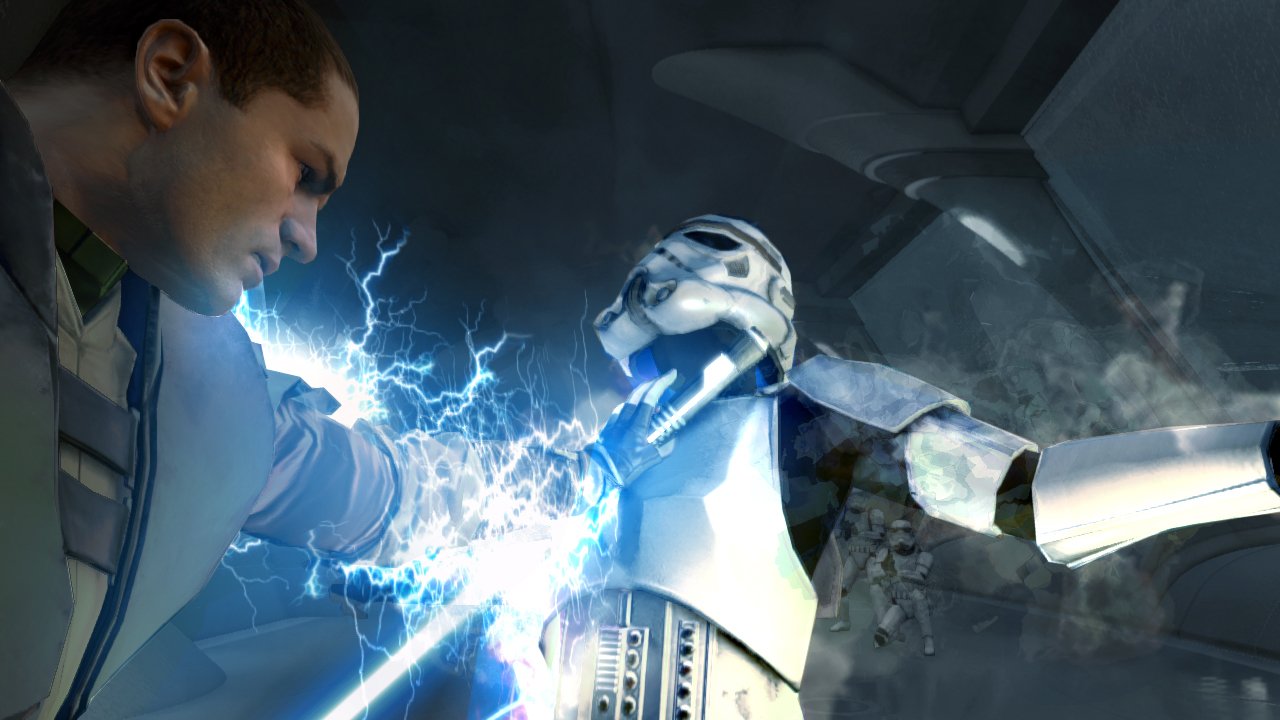 The original story on the other hand served a nice purpose, it bridged the original trilogy with the new one and managed to tie everything up at the end with a nice little bow. At the end of The Force Unleashed we have no real questions. Starkiller's story arc is resolved, the Rebel Alliance begins it's march against the Empire and the stage is set for the events of A New Hope to take over. The story in The Force Unleashed 2 feels just like a cheap cash in. It does nothing to further the events that took place in the original game or really serve a purpose. It often felt like everything was taking place in an alternate universe, like this game was a spin off in some kind of "what if?" scenario.

There are some silver linings to The Force Unleashed 2 though, while it has some flaws the action can be pretty enjoyable. Controlling the force this time around feels a lot more crisp and polished. The targeting in The Force Unleashed was one of my biggest gripes with the first game so it was nice to see the effort focused into making slinging force powers more natural and effective in it's sequel.

There is a nice arsenal of powers for Starkiller to use, however a lot of the enemies have specific weaknesses or immunities so sometimes the game forces you to use certain powers. It's a lot more fun when the game gives you the freedom to combo together the different powers you want. Even just using your lightsabers can be a lot of fun because a flurry of saber slices looks amazing and will leave most enemies limbless.

The Force Unleashed 2 uses a similar leveling system to the one in the original. Killing enemies awards experience points to spend upgrading skill ranks. However, right out of the gate, Starkiller has access to the majority of the abilities—leaving little to be unlocked as you progress through the game aside from higher ranks. In the original, you began with a few powers and as the story moved along you learned new core abilities. TFU2 actually had a really good mechanic going for it, Starkiller's force visions. At a few points Starkiller has visions of himself using certain abilities in the first game which works really well for introducing new skills. Unfortunately, since this is only used a couple of times it just feels like a missed opportunity.

Overall The Force Unleashed 2 is a gorgeous game, the super charged powers are awesome, and at times you feel like the baddest force user since Yoda. However the combat feels copy/pasted at times and you will often be forced to used certain powers in order to take the same kinds of enemies down. The game only took me around 5 hours to complete and I didn't walk away from the experience excited to find out what happens next. As much potential there was for good it was just never realized. I would say it's hard to believe a Star Wars sequel could be bad but I think we have all seen that movie before.