As Senior Writer for the upcoming Star Wars: The Old Republic MMORPG from Bioware, Alexander Freed was a natural choice to lead the comic as well. A five part companion series, The Lost Suns unfolds concurrently with the events of the video game.

If you’re not familiar with the Old Republic era of the Star Wars mythos, its stories take place thousands of years before the original films. Jedi number in the hundreds and protect a peaceful and massive Republic. In The Lost Suns, a young spy named Theron is tasked with finding the seasoned Jedi Master Ngani Zho who lived and walked behind enemy lines. His information could prove vital to the Republic, as well as give the fledging new espionage division a chance to prove its usefulness to the government. The only problem is a Sith Lord by the name of Darth Mekhis is looking for Zho as well and she seems pretty serious about it. 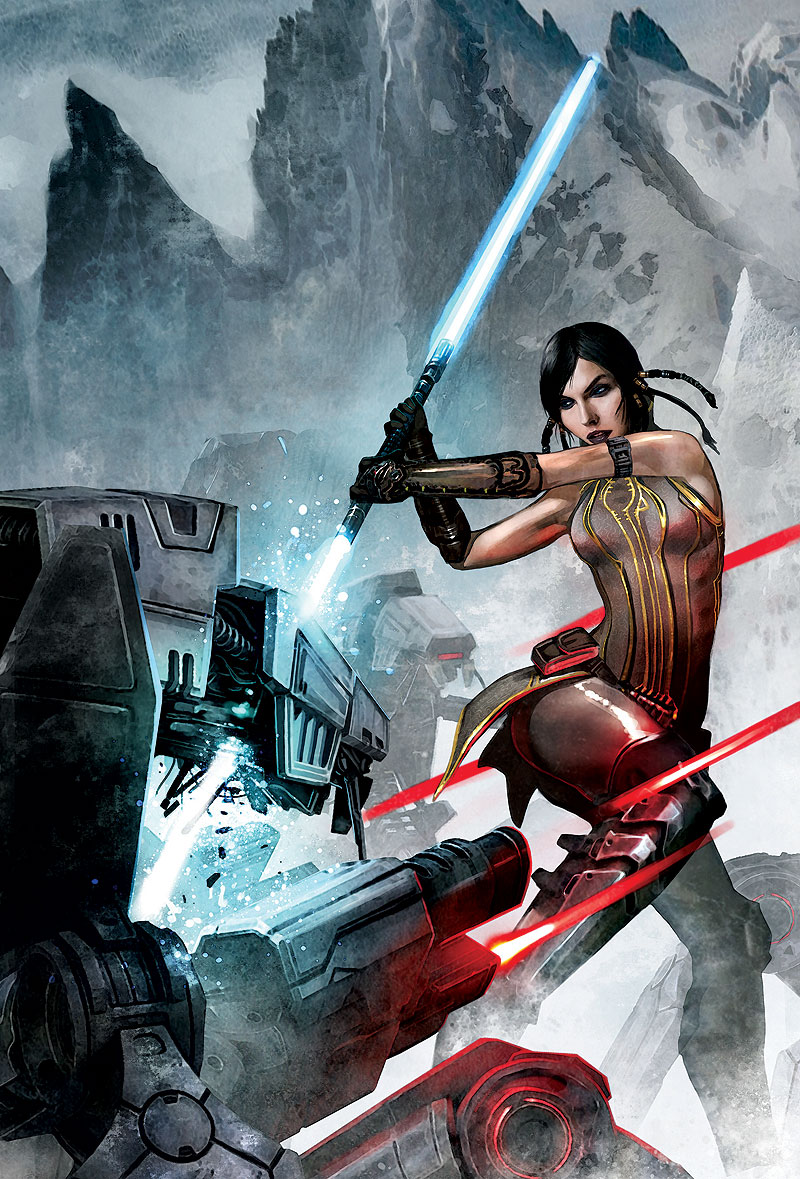 The introduction to the story was good, but it was just that – an introduction. The plot jumped around a bit and a lot was thrown out and not much was fully explained. It’s hugging that line between mystery and confusion, but I’m sure more will be revealed in the following issues. Teff’ith, a small-time Twi’lek criminal, Theron captured is along for the ride to find Zho and I honestly don’t know why. He captured her for interrogation, she wouldn’t say a word so he brings her along? Why he wouldn’t keep her with his superiors as he goes on a highly important mission is beyond me, but I’m sure her role in the story is important or else I doubt she would be with him.

In terms of Art, Dave Ross and George Freeman do some nice pencils, and Michael Atiyeh’s colors definitely pop. Sometimes the characters totally change looks, though. At one point, Theron looked just like a girl and his hand placement was even oddly feminine. The complaints are minor, and the art is well done in this book.

The Lost Suns is certainly a good start for the miniseries. The story hasn’t really taken off yet, but being an introduction allows for some leeway. Pick it up if you’re an Old Republic fan, especially if the game is something you’re interested in. Fans awaiting the release of the game will find a worthy comic to hold themselves over until its release.

Overall Score - 7.0/10
*While the first book wasn’t perfect, it served as a solid introduction to the story. I don’t see this turning any non-Star Wars or Old Republic fans, though.