"The Skywalker saga ends. Does it satisfy?"
By: Steven Armstrong | Movie Reviews | December 27, 2019
The highly anticipated Star Wars: The Rise of Skywalker has finally arrived in theaters. Coming off of Rian Johnson's divisive offering in The Last Jedi, fans had been eagerly waiting to see about whether or not J.J. Abrams and his crew could bring this new trilogy to a satisfying close. If you haven't seen the film yet, you're no doubt wondering about this. Before we get there, let us get into what we have with this story. So, our characters begin the story separated. Kylo Ren (Adam Driver) is on a mission to find Emperor Palpatine (Ian McDiarmid) so that his own power isn't threatened. Already the Supreme Leader, Ren isn't content with this. Absolute power is what he is after, and destroying the Emperor is the only way to achieve this. However, as powerful as he is, he is not so silly that he believes he can do it alone. He needs Rey (Daisy Ridley) obviously. 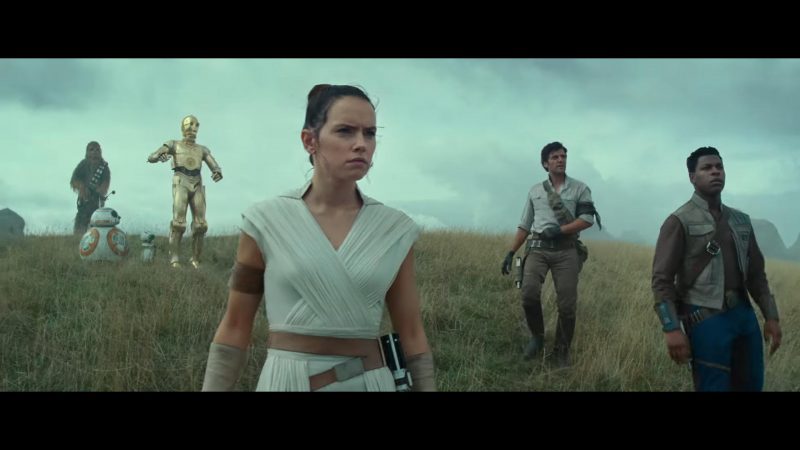 We find her off training with General Leia Organa (Carrie Fisher). When Finn (John Boyega) and Poe Dameron (Oscar Isaac) arrive after having just survived an attempt on their lives by the First Order, things are quite tense for the group. It is decided they must leave in order to find a Sith Wayfinder before Kylo Ren does. This is the main narrative quest for the team, but of course other things arise to complicate matters. Going in, there is so much at stake for this movie to work. It has the huge job of not only ending this trilogy, but apparently also tying up everything in the previous two trilogies. Ultimately, the film falters a bit in that department. It does a better job ending the immediate trilogy than it does with fitting into the all the other films. This is one of the primary issues here, that the film ultimately has too many things on its plate, in some cases unnecessarily, to adequately work. 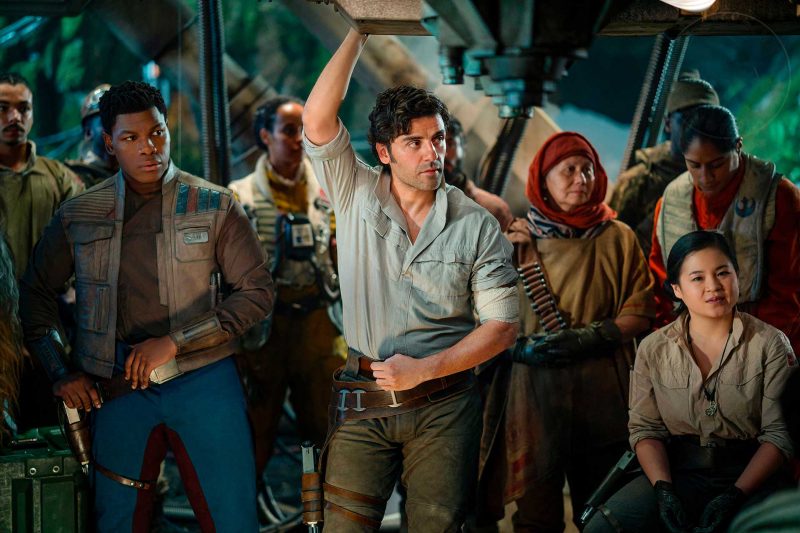 It also has pacing issues that in some cases are slight, and in other cases quite glaring, particularly in the first and third acts. The editing in places can be quite quick, and while it helps move the story along, it gets in the way of a smooth progression, and sometimes does not allow the audience time to digest  a.) all of the information being delivered and b.) what the feel of certain scenes is. We aren't always allowed to do the work ourselves in figuring out and understanding what is happening without being told. The acting, visuals, music and cinematography are all as top notch as they've ever been. John Williams, aside from his cool cameo, manages to once again turn out a score that is as wonderful and as haunting in some places, as anything he has ever done for a Star Wars film. Very fitting in terms of the emotional nature of this story as it concludes. Adam Driver continues to shine in his turn as the wonderfully rich character of Kylo Ren. Arguably the most compelling aspect of this new trilogy, Driver does the best he can with what he is given here and he still manages to imbue the character with a heart. 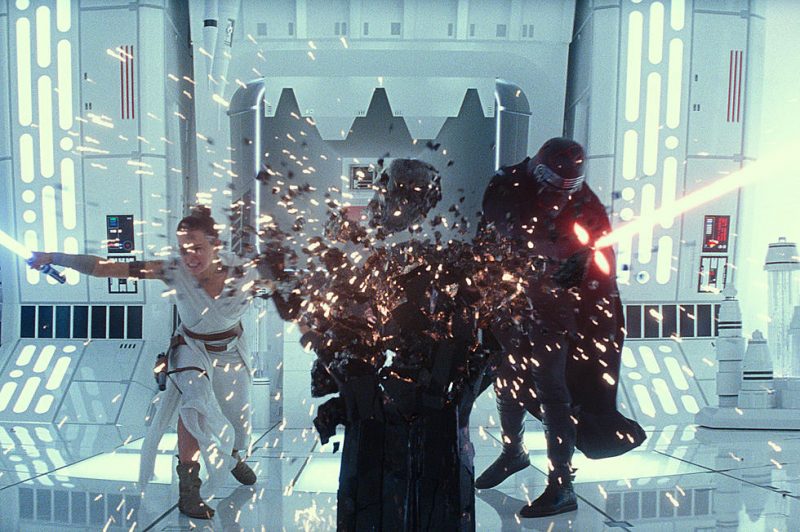 John Boyega fully commits as does Oscar Isaac and of course Daisy Ridley, and Keri Russell is a wonderful addition, but she isn't given a whole lot to do, which is irritating. Kelly Marie Tran is criminally underutilized; its anyone's guess why that was, but after her turn in The Last Jedi, it was disappointing that she had no real arc here. While we're on the subject of characters, this film seems to introduce too many new ones for us to really be invested, which is a shame because they all have compelling backstories and the opportunity was there for them to feel fully realized. The Rise of Skywalker is hampered by a script that feels too big for itself at times. While a good cast, visuals and score keep it from fully imploding, the proceedings could have benefitted from pairing down on some of the unnecessary aspects and focused more on established threads, which were already strong, and bring them to a satisfying resolution.
Rating
6.5
Pros