Starborn is a mix between Halo, the Last Star Fighter, The Matrix and as we discover in this issue Eragon. Bejamin Warner was dreaming his life away, writing a sci-fi novel and going nowhere in his boring ten to five desk job, now he is running for his life from the same space aliens he was writing about.

In the last issue we ended with Benjamin and Tara Takamoto (Benjamin's sexy shape shifting bodyguard) caught between the impending forces of the beast men of the Pryde. Unfortunately Benjamin cannot use the gauntlet to escape this time. Still unaware of this, Ben uses the gauntlet only to display a flash of light, this was enough distraction for Tara, to make her way among the Pryde. In doing so, Tara gets hurt but not too bad, this leads them right into a group called the witches of Arbor. The witches of Arbor apparently killed Benjamin's parents. The witches don't want to use violence to resolved this conflict but as Tara charge against them, they used what looks to be telekinesis or some type of antigravity magic on her. 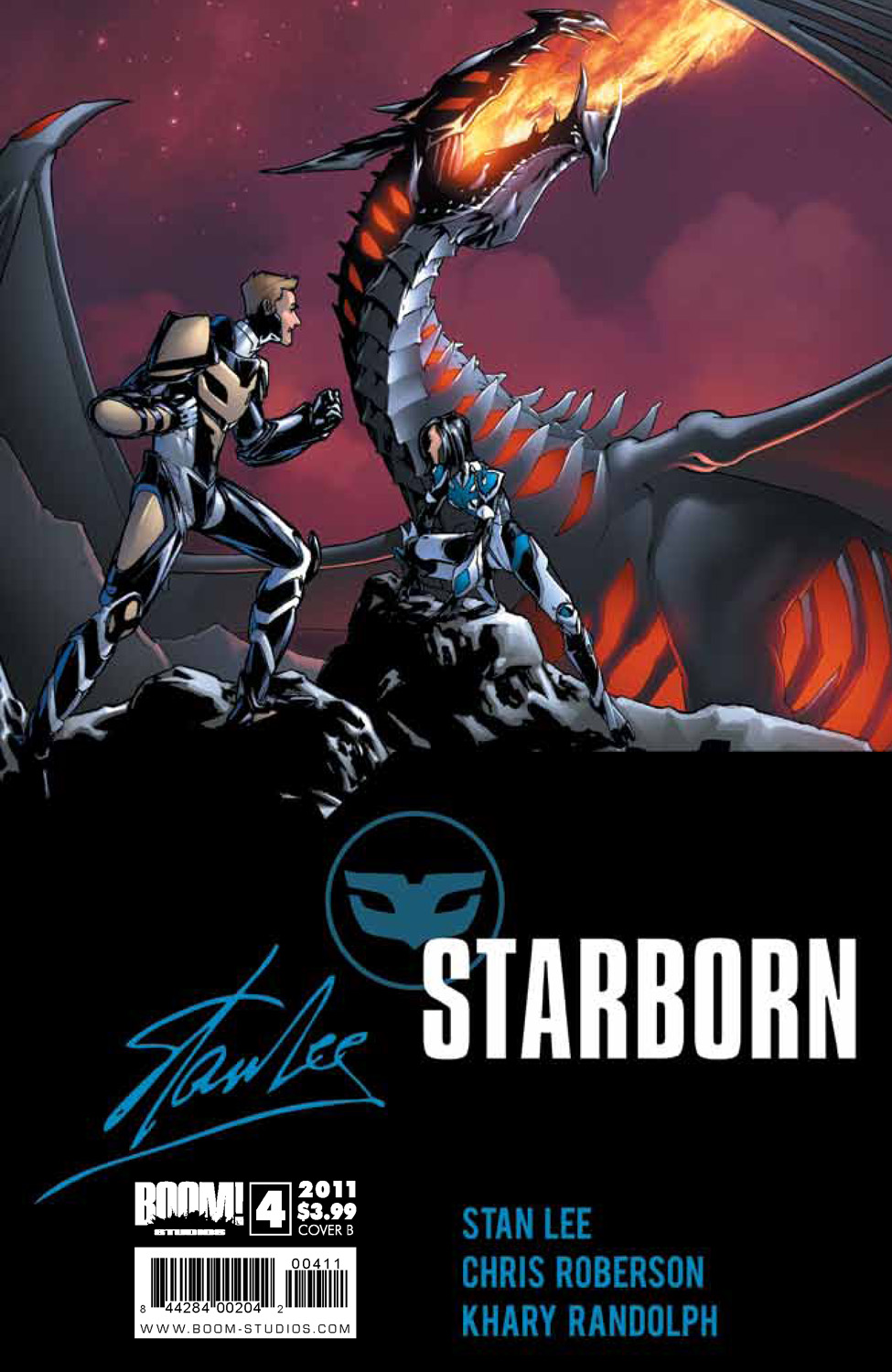 But the attack against Tara gets interrupted by a group of Hive Drones sent by the Network. Now Tara and Benjamin are surrounded by bad guys with no possible escape in sight. As things look the worst for our heroes, a giant black dragon comes to their rescue.  This dragon turns out to be a living space ship, like in Farscape. Inside this dragon (that they really called demons) is General Talon, who informs Tara that they are all that remains of the imperial military forces. The issue ends with the witches of Arbor stating that if they don't kill Benjamin, then the evil bloodline that nearly killed them all may be unleash once more.

If you like Farscape, then you might want to take a look at this series. The story is fast paced but with enough time to let us care for Benjamin as he is our everyman in this Adam Strange situation. So far the story has a lot of resemblance to other properties. Even the gauntlet looks like the witchblade. My concern is: will the story ever show us something original? So far the answer seems to be, no. Yet, the story is entertaining  enough to read in five minutes. This is not a sophisticated space opera but a collection of different properties merge into one sci-fi pot.

The art of the book is consistent, with a hint of manga. It gets the job done without being too flashy or focus in splashy heroic poses. It also resembles the style of Humberto Ramos (who happens to do covers for the series) although the art looked natural on the page, the designs of the character were a bit generic.

This is not a book that you should buy unless you have a few extra bucks that you forgot that were in your pocket or on the way to the comic shop, you spotted five dollars and took them away before some fool used it for drugs. Then and only then you might want to pick this book. If you picked this book, then you can only hope that one day a sexy, shape shifting girl will save you from your boring day to day job and put you in the midlle of a galactic military warfare.

You can also check out the reviews for first and second issues on the site as well.