Admittedly I have not kept up with Starborn as it just didn’t grab me as much as Soldier Zero or The Traveler did and this issue confirmed that it’s still the weak link in the chain. The other two series basically used the first four issues to explain the rules and get the characters up and running for ongoing story. With the Traveler it started with a character that knew all the rules and then in a way reset that character so that he had to figure it all out again, but the reader was left in anticipation for the day he’d regain all of his knowledge and become the character he’s destined to be.

With Starborn, we’re still learning about the world, the rules and the powers of our main character. In fact very little has been revealed and when it is, it’s over explained to the reader through dialog that reads more like the back of Superhero trading card. Status, origin, power level, all in boring details that would never fit into normal dialog and yet that’s what writer Chris Roberson does. Everything out of the supporting cast is “matter of fact” and makes it lack a genuine feel. 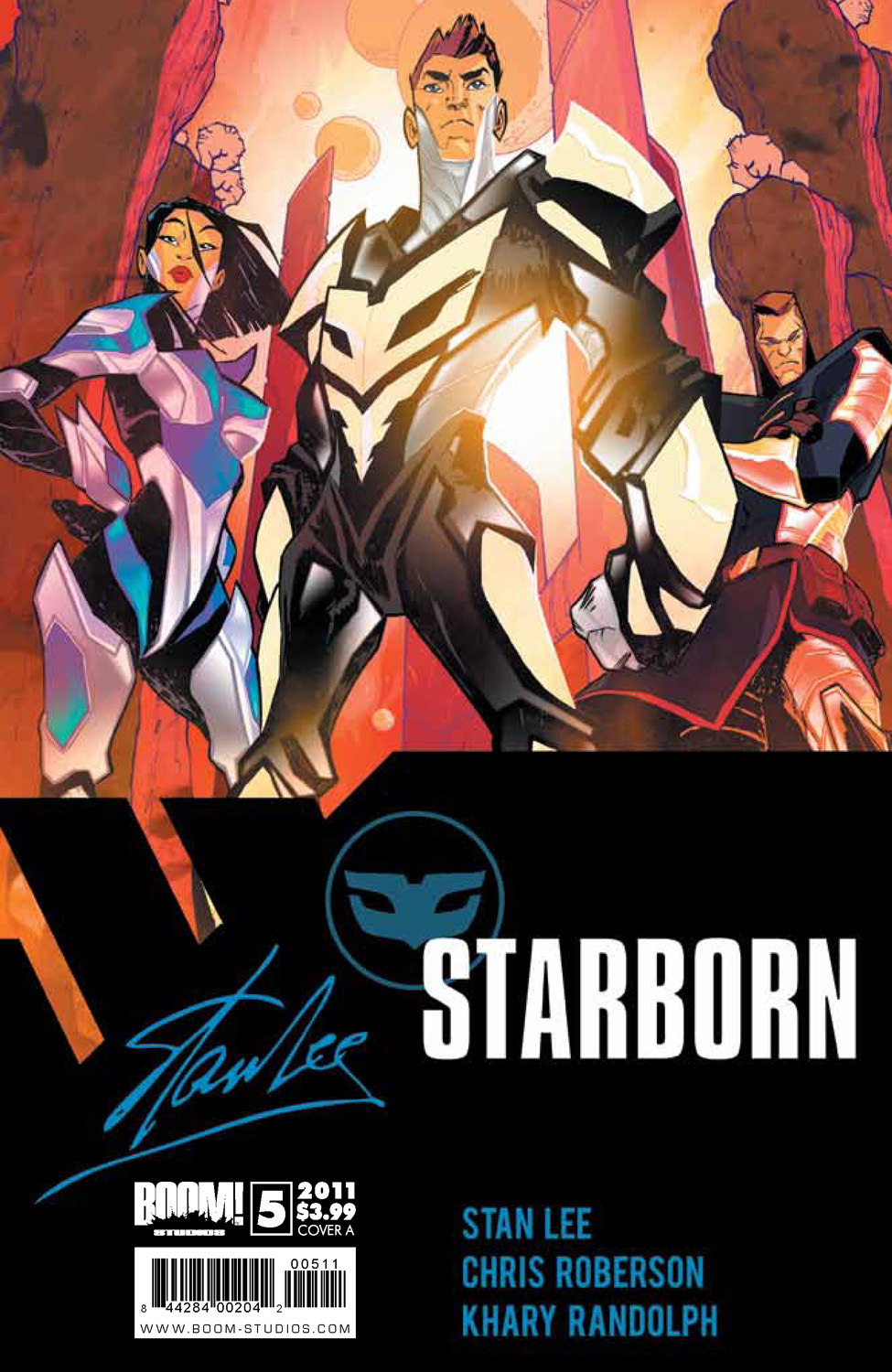 In this issue the chosen one and crew escape in there dragon ship while leaving there would be pressures on Earth. The aliens chasing them are actually more interesting as they find advanced tech on Earth in four different areas of the planet, meaning we have more aliens living amongst us. Meanwhile, the Starborn and crew land on a mining planet where humans are slaves and brutish beasts are the masters. The Starborn steps in to stop a woman and her child from being whipped and is looked at like he’s the evil one, which confuses him as he expected praise for his heroic act.

Thing about this book is that it’s not trying to reinvent the wheel. What I like about Soldier Zero and The Traveler is that they take common genres and use the characters and powers in new and interesting ways. Starborn seems more like homage to a bunch of other sci-fi franchises and that doesn’t work in sci-fi.

I really feel like this book would be great for younger readers that have never read anything influenced by Stan Lee and want to see what he’s all about creatively. By this issue you’re either hooked on the series or you’re giving it a pass. Personally I keep stopping by and seeing where the story is, but I rather wait each month for Soldier Zero and The Traveler.