Starcraft 2 Heart Of The Swarm Review

Heart of the Swarm is the first addon to the most popular RTS (real time strategy) game on the planet,  StarCraft II. Most Starcraft II aficionados have been anxiously waiting for this release so that they can continue their epic journey in the space cross alien filled strategy adventure. If you spent hours with Wings of Liberty we already know exactly how excited you should be to playHeart of the Swarm but is this the update that the fans expected and wanted? We dive into the heart of the game (pun intended) to see if it was worth the waitStarCraft II - Wings Of Liberty came with a story-driven single-player RTS campaign, and a multiplayer mode that is so fast-paced and complex that it's renowned as one of the hardest video game on the planet. Not because the concept is difficult to grasp but thatStarcraft II requires meticulous battle planning and such fast movement and reactions that if your keyboard mashing skills are not up to scratch you will be left biting the dust. In fact, the Starcraft II tournaments are one of the most watched video games streams on the planet with twitch.tv often having 100,000+ viewers worldwide with its World Championships.

To be good at this game means you have to sell your soul to a lot of Starcraft hours, with multiple painstaking views through your game replays so you can look where you can improve your tactics the next time. Honestly, I tried getting better at this game but the second I got into the 2nd from bottom league I was getting destroyed within 10 minutes. Luckily for everyone who wants to avoid the depression of never being good enough, Blizzard made the wise decision with Wings of Liberty to largely differentiate the content of the campaign from the multiplayer mode. That platform carries on here, giving you a new set of story missions based around Kerrigan and The Zerg that's just as varied in design as the Terran campaign in the previous game.

Shipping at a little expensive £32.99 or $39.99, Heart of The Swarm features about two-thirds as many missions compared withWings Of Liberty, but each one features distinctive enough mechanics, objectives, and new units that your progression through the story is varied enough to keep you entertained. Just like in the Wings of Liberty, there's never a simple objective. Each level places some interesting twists and turns such as restrictions on map control, time limit, the way you acquire units etc, very much sticking to the same style as Wings of Liberty. If you've been playing multiplayer since that game came out, you'll find the campaign extremely easy on anything but the highest difficulty and will probably get easily bored with the lack of tactics needed to complete the missions, new or casual players like myself however will find the game a little more challenging, but with that, the mission-to-mission variation and a well-designed upgrade system in the campaign is as much fun if not a little similar as the last one.

Heart of the Swarm's storytelling follows the same structure as that in Wings of Liberty, which is to say there's way more focus on prophecies and artifacts and the ever present cheesy love story between Kerrigan and Jim Raynor, and less on the craft and maneuvering of the old StarCraft games. If you've played many Blizzard games such as World of Warcraft and Diablo then there is always a pretty transparent destination with its storyline. Though, there are some nice nostalgic moments to the story of the Brood War. There's CGI cinematics aplenty with this release and I have to say they  are probably up there with the best that Blizzard have ever produced with some great action packed scenes. The storyline brings nothing new to the table but since the single-player game is so much fun it distracts from the weak-ish plot.

StarCraft II’s multiplayer is one of those games where 90% of people forget that the single player exists. I have often gone in and forgot that Wings of Liberty even has a single player, in that I have spent so many man hours on the multiplayer it made the single player rather redundant, not that it should be ignored of course, though if the updates on the multiplayer side weren't up scratch this whole expansion would be pointless and would have alienated a whole fan base. It will take those hardcore players weeks (and me months) to work out the true usefulness of the new units and changes to become clear, though I feel all the new changes are going to provide such a change at the top level of multiplayer that had gotten a little boring that it will take months before there are definitive cookie cutter builds and formulated strategies for each race which should leave enough time for some interesting games before the default builds get established.

There are plenty more changes to note. The Terran race gets some important close-quarters tactics with the Hellbat transformation mode for the Hellion, and the new hidden Widow Mine offers some great defensive options. The Zerg's new flying caster, the Viper, and burrowed siege unit, the Swarm Host, give some extra options respectively and already have me interested in the Starcraft world once again.


Blizzard has done quite a bit of work to the StarCraft II interface which, after a multitude of updates over the past few years, became quite confusing, especially when trying to join an online multiplayer game with friends. The update brings all the content in Wings of Liberty and Heart of the Swarm together into a common interface. The most obvious change, which will be completely new to you if you're just coming back to the game, is an unranked matchmaking option which lets you play against opponents of similar skill without any impact to your all-important ladder standing. This is a great way to get back into competitive play without seeing the ranks fall away when you lose matches. There's also a new experience system that lets you level your way up to new profile portraits and decals etc, like games such as Crysis 3. You earn a small amount of experience when you lose matches so you don’t feel worthless when you lose. Some of these improvements are also available to Wings of Liberty owners and aren't exclusive to HOTS but still add adequate updates to a game that has up until recently been very stagnant. 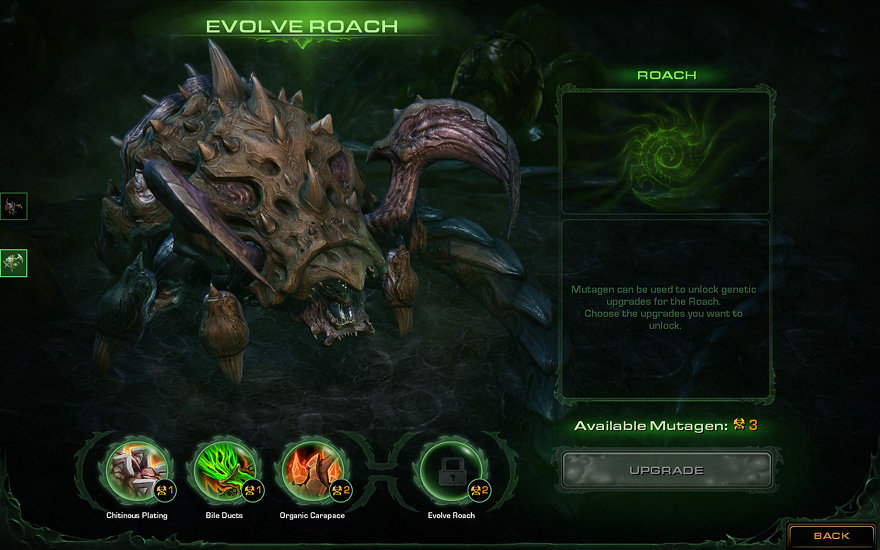 For those that haven’t played StarCraft II for a good few months like myself this game really opens your eyes to some major and minor changes that only enhance this games already credible reputation. This makes this title definitely worth a revisit. The fast paced storyline although a little flaky and cheesy in places brings new themes to a game that has a longstanding legacy to uphold and it does just enough to keep you wanting to play that little bit more. The multiplayer will surely bring another race to first place in the StarCraft competitions and brings a new dimension to the tactics needed with the newly added class specific changes. There's just enough in Heart of the Swarm that will bring you back in and for those who are a fan of the series, this is a must have addition. 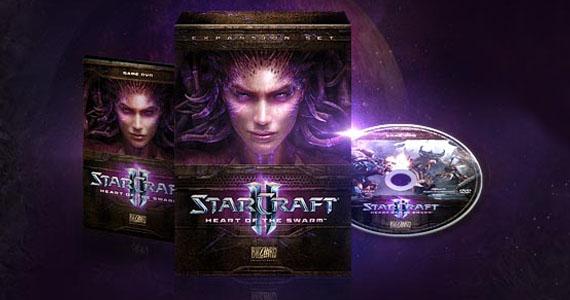