Starcraft II Getting Update- Your Favorite Unit Getting Nerfed

Do you know why your favorite unit always gets nerfed in the update?  It’s because you like using unbalanced units!

That said, Starcraft II, just a month old, is getting it’s first update intended to address balancing issues among other things. The less controversial changes are support for left-handed hotkeys (Which also means that bad players can no longer claim they lost a match because they’re left-handed).  Support is also being added for Nvidia 3d Vision.

As for what’s getting nerfed, Reapers and Zealots will now take a longer time to build, as will Protos structures.  Warpgates are getting a longer cooldown as well. Battlecruisers, Seige Tanks and Ultralisks are all getting damage reductions of some sort.  The update is scheduled to hit in mid-September, so you still have a couple of weeks to amass your siege tank battalions, and Ultralisk rushes before you’ll have to start using actual tactics. 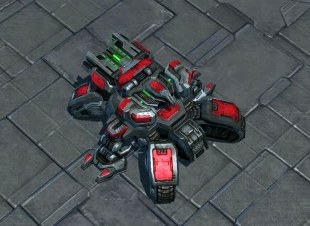 The Blizzard forums are already alight with sputtering, incoherent rage denouncing every aspect of the update in all caps.  You can see the press release HERE, and add your own voice to the poorly-spelled shouting match that will no doubt continue right up to the next update.