LightBox Interactive’s Starhawk is among us, and it’s planting one foot firmly in hindering, arid tradition, while stepping onto new ground with the other. It’s a mixed bag with interesting concepts that tread on originality formed from the cohesion of previous genres, but does it hold together on the whole?

You begin the game as Emmet Graves, a space mercenary whose one job is the protection of Rift outposts. Rift is fundamentally blue space oil, which can infect the miners and turn them into furious space mutants that band together in some sort of intergalactic cult... Yes, the story is one of Starhawk’s weakest links. It’s riddled with shallow characters, laughable emotional moments, and defective voice acting. The majority of the characters lack any motivation, short of being good or evil just for the sake of it.

The game set up multiple conflicts and contrasting personalities, only to let them remain underdeveloped and spiritless. Pivotal moments fell flat and many names remained forgettable. It wasn’t that I was confused by the story’s intricacies, I just didn’t care about it. 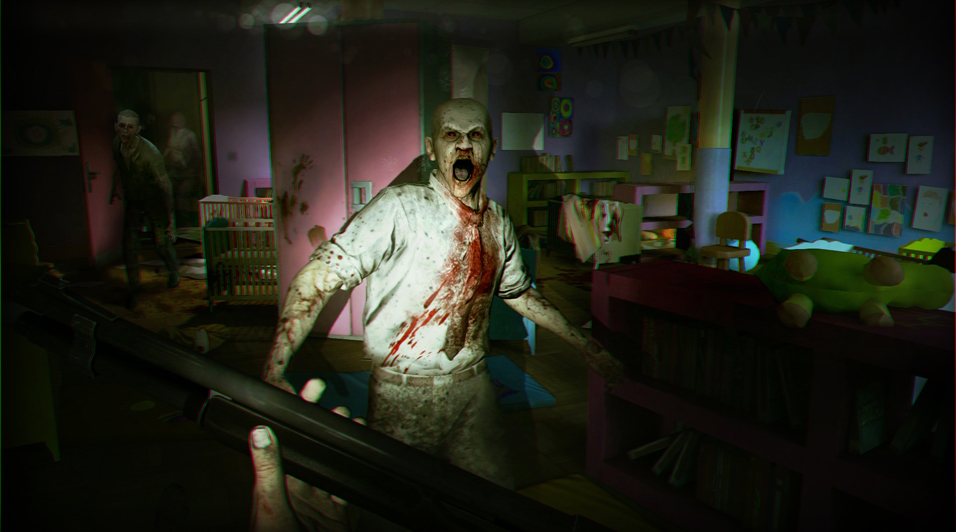 A major saving point for Starhawk’s mind-numbing story is it’s setting. The characters and atmosphere are driven by a western theme, which is visually slick, but does nothing for the narrative. Sure, the story is drudging, but at least the game looks sharp in a shallow sort of way. Unfortunately, even this amusing backdrop is marred by irregular cutscenes. These cutscenes take inspiration from previous titles, like Mirror's Edge (or those terrible Esurance commercials). At times, these comic book scenes are sharp and vivid, but other times it produces stiff animations and absurd facial expressions.

The sound design also plays a large part in setting Starhawk’s tone. It’s at its best when it meanders around you with its southern twang and colorful cords, but its cringe-worthy electric guitar left a bad taste in my mouth. It’s a soundtrack that reinforces the action, but isn’t exceptional in its execution.

The effectual sound pallet does the explosions justice. Hawks whirling out of control warble and crank in just the right way before burning out in an eccentric light display. Rockets ripping past your head sound realistic enough, but the standard machine guns and snipers lack some punch and grit. 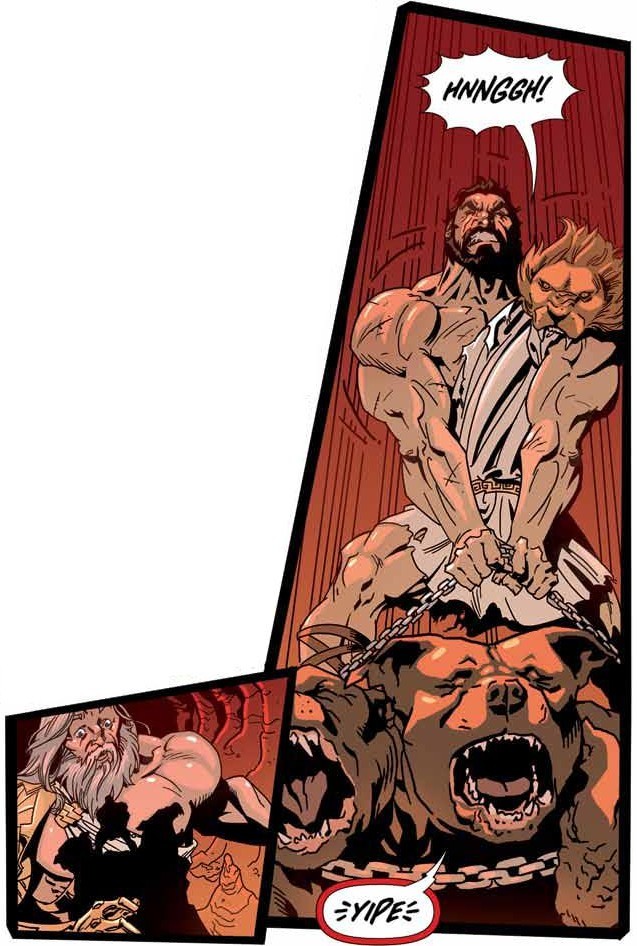 Starhawk’s gameplay is a concoction of various gaming genres. It’s a blend of unoriginal, third-person shooter stereotypes and RTS structural tactics, with a whopping dose of tower defense. It’s a style of play that falls flat at times, but can be gripping at others.

The gameplay in Starhawk is structured around its build and battle system: you slap triangle to bring up the build wheel, which displays all the constructible architectures (the ones that it gives you at that moment, anyways). Select which one you want, where you want it, and bam, you have a structure built within seconds. It’s an interesting concept that adds a sense of uncertainty and versatility. Structures range from vehicles to bunkers, but the single-player gets redundant rapidly, even with this diverse toolset.

The missions are repetitive and lack proper development. You’re tasked with reoccurring attack and defend gameplay that quickly becomes routine. Capture a point and defend said point, that’s about all there is to it. This is mostly due to the fact that Starhawk’s single-player is a glorified tutorial. It holds your hand while introducing you to its concepts, then it drills those concepts in…slowly. It’s a bland entre to an otherwise robust, gourmet meal. And, this is where Starhawk shines: its multiplayer. 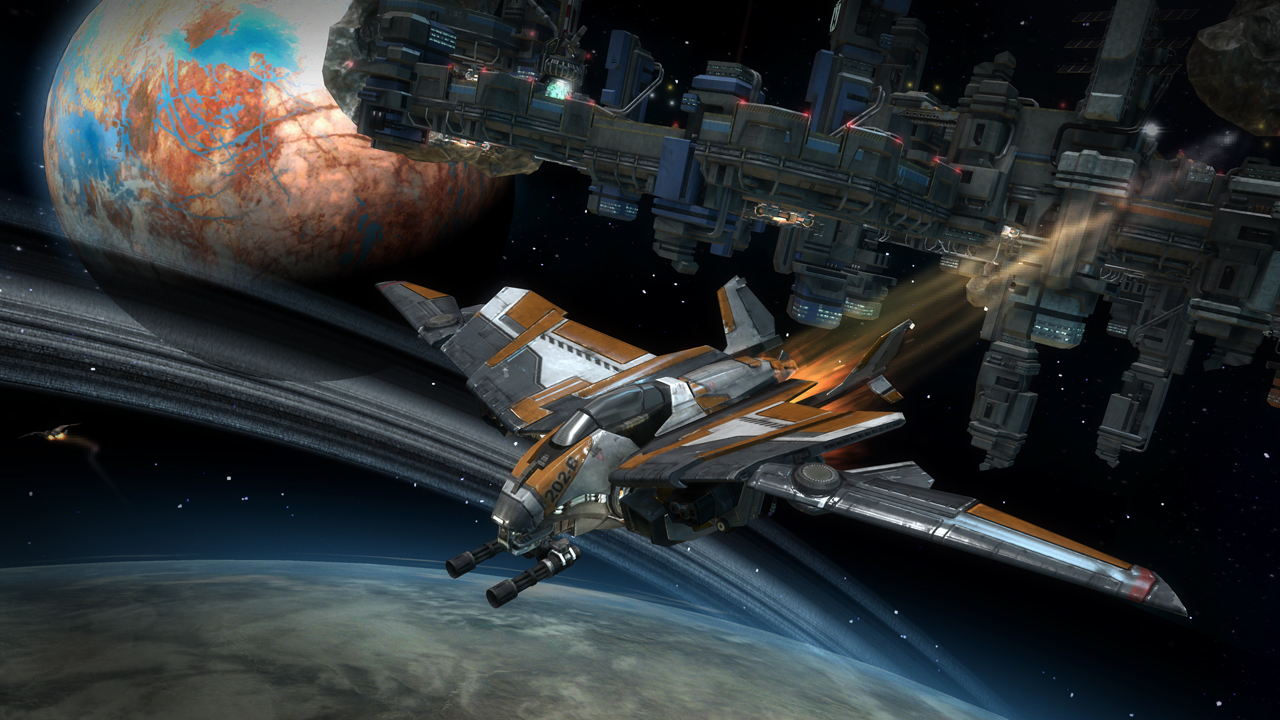 The multiplayer takes all the fundamentals that were tutored to you in its single-player campaign, and it implements them into a vast combat experience. While I found the mechanics to wear thin quickly in the game’s single-player, I found them to blossom and develop in the multiplayer matches. This is due to the human elements, rather than the grueling enemy AI elements. When you place 32 players in an arena with a tool belt, amazing things happen. Players will construct buildings on the offensive, only to be countered by another team’s defense, and then they adapt, and then the other team adapts, and so on. The build and battle system integrates layers or intricate strategy in a simplistic manner. It’s easy to pick up and, well…build and battle.

When it all boils down, Starhawk pleases with an exceptional multiplayer experience, but is dampened by a drab single-player campaign. Luckily enough, the malleable battlefields that the multiplayer supplies provide an experience that is truly unique. It’s a chaotic, yet tactical blend of modern shooters and strategy that’s delivered on the fly. This unique brew should keep players coming back for more, and will hopefully cater to a broad community of gamers looking for something different, yet strangely familiar. Just don’t expect anything special from its single-player campaign.