Not enough Batman on your desktop? Warner Bros. wants to fix that, as they've just released a slew of new character posters for The Dark Knight Rises, and they prove definitively that there truly is a Batman for all seasons. Or Bat-people rather, as new stars Tom Hardy and Anne Hathaway also get their dues in one-sheets as Bane and Catwoman respectively.

Let's start with the good. Those in the mood for something springlike should check out one of the three "Rise" character posters. Catwoman isn't shying away from a windy downpour, despite the damage it might wreak upon her iconic leather, and neither is Bane, who's sporting a weather appropriate and menacingly stylish peacoat-parka combo. As for Christian Bale, he's The Batman, so he never looks fashionable, only brooding and stoic, come rain, sleet or snow. 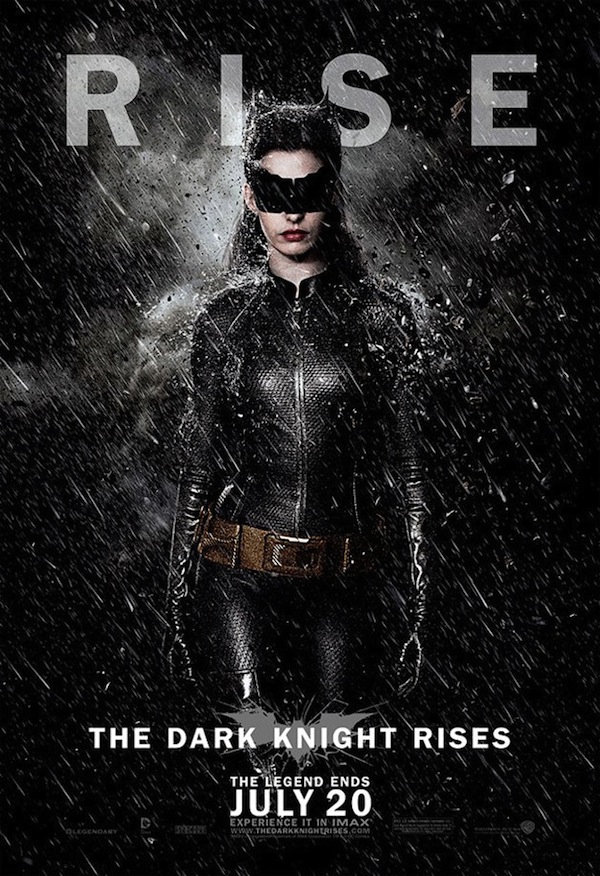 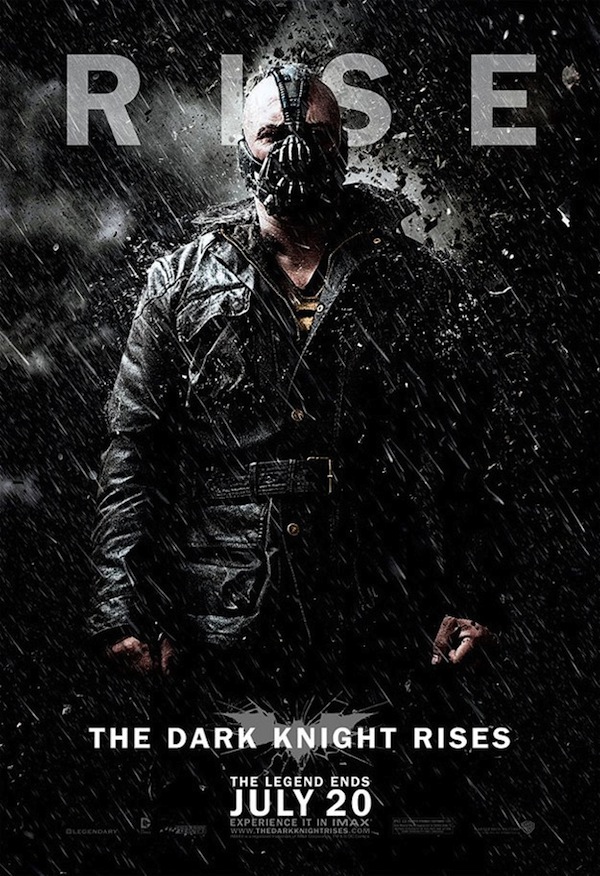 Speaking of which, another trifecta of posters show our leads staring blankly into the distance during a wintery blizzard, perhaps expressing the cold feeling fans get when reminded by the text that come July, "The Legend Ends." Once again, it's the newbies who get the more interesting poses, as Catwoman looks ready to tear off in what looks like a modified Bat-Pod, while Bane should probably leave his insurance number for all the scuff marks he's putting on the roof of the Bat-Tumbler. Batman continues his statuesque posturing, though if he stays out there long enough, he might want to go warm up by the fireside. 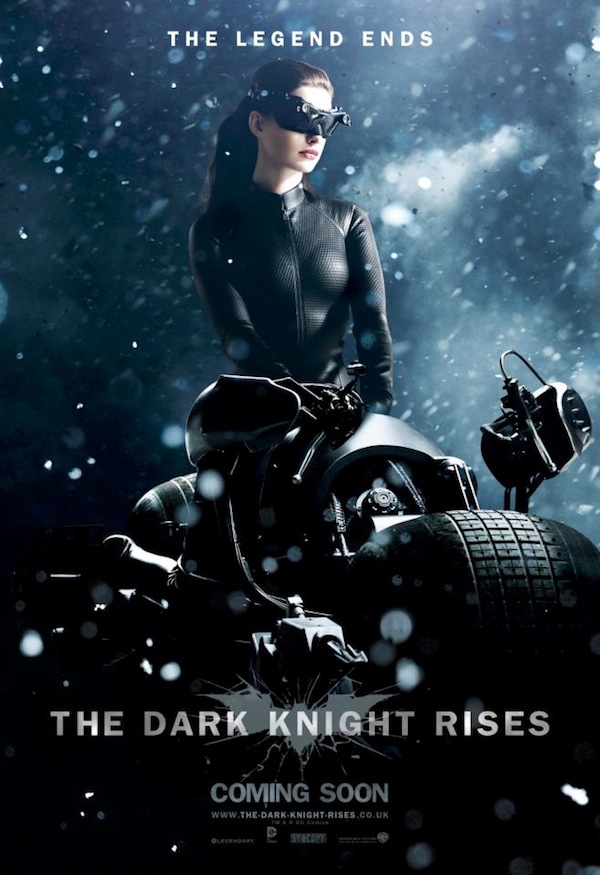 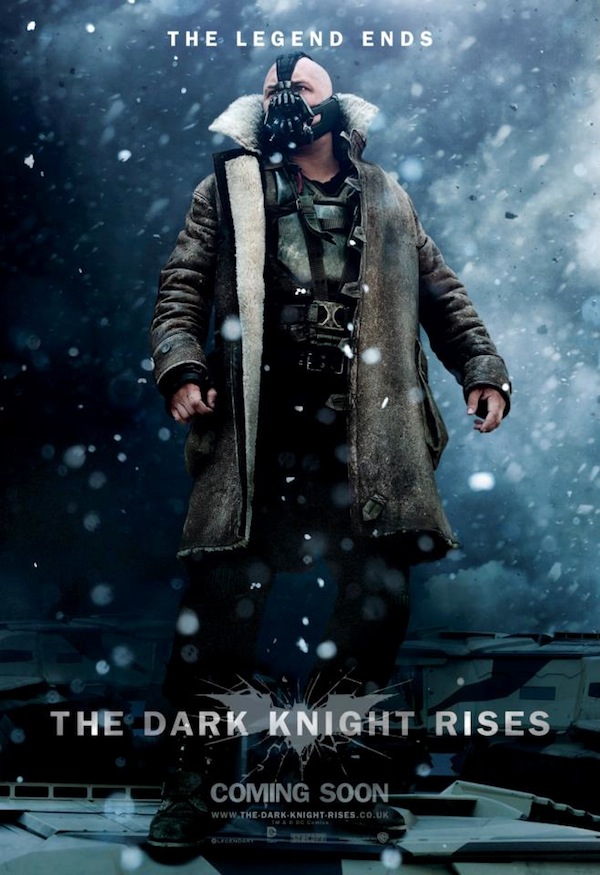 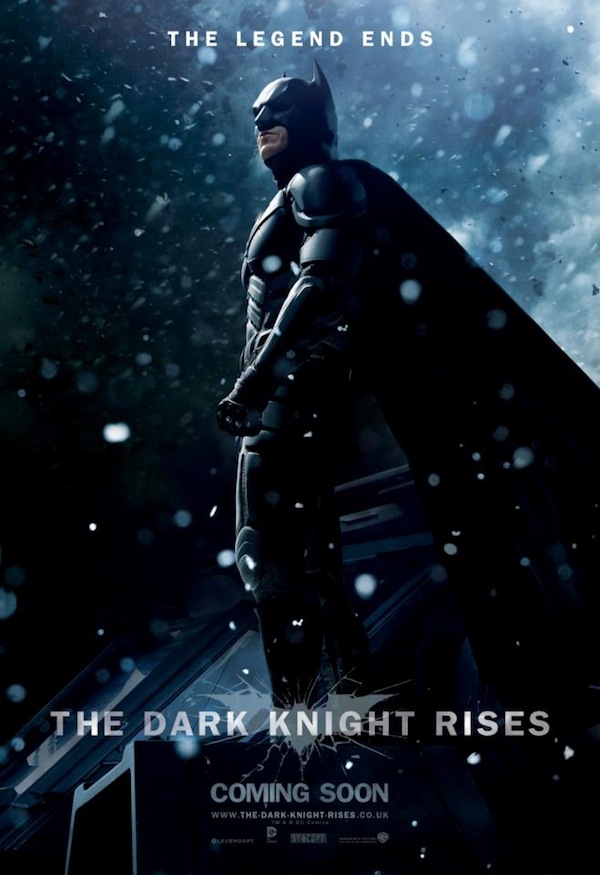 That leads us to the most disappointing of the batch, a redo of the captivating Gotham skyline poster that's practically a palette swap, only now with added Batman and text foretelling that "A Fire Will Rise." This seems more than a little pedestrian given how excellent the previous posters in the franchise have been, but one has to imagine marketing was the reason such a bland piece was made.

Right now, The Avengers is breaking box office records because it's a fun comic book movie, and while The Dark Knight Rises will undoubtedly do well financially, it's meditative narrative and grim tone are sure to scare away theater-goers just looking for a good time. It's selling a cool looking guy and explosions, which is pretty much Summer Blockbuster Advertising 101. Regardless, every single bit of new material for The Dark Knight Rises is only stoking the burning anticipation fans will have to contain until the film's July 20 release. 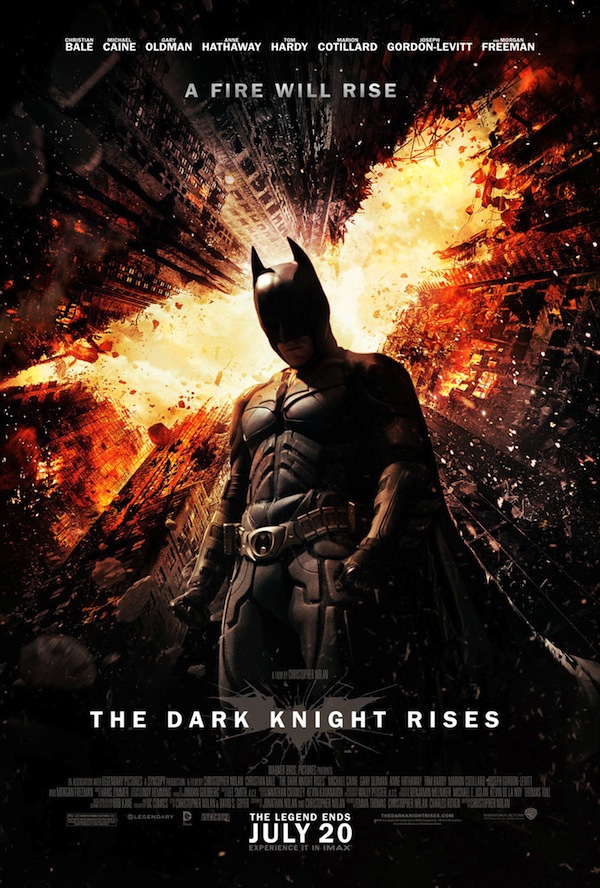