Yoshinori Ono made an appearance at Sony's E3 press conference to reveal a (sort of) new title for the PlayStation Vita: Street Fighter x Tekken. The game will make the jump from console to handheld just as Street Fighter 4 has done before it. No announced date for release or even expected time of year for release was mentioned. 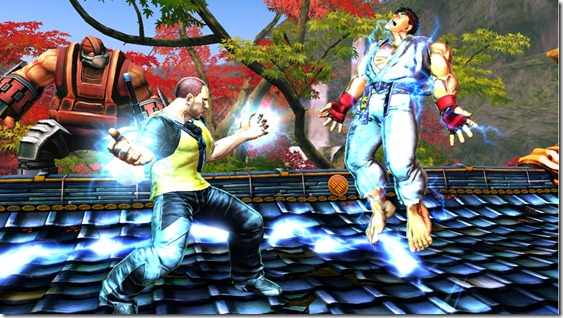 Ono did reveal that bizarrely Cole, of Infamous fame, will feature as a playable character exclusive to the Vita. Cole is an odd choice as he doesn't exactly fit in perfectly with the Street Fighter style that maybe Kratos did in regards to Mortal Kombat. Nonetheless it is an interesting addition. Ono did show some gameplay of the Street Fighter x Tekken running live on the Vita. At first glance it looked at least comparable to the game's console counterpart. However, it looked significantly choppier in the frame rate department and only time will tell how well the Vita's controls will be able to handle the precision required to succeed at a Street Fighter style of game.