Strongman begins with a TV commercial for Big Movie Morning which is spotlighting the films of Tigre a famous at the time 70’s Luchador wrestler. It highlights his successful movie career and then his sudden disappearance from the world. We pull away from the TV to find Tigre sitting in a bar in New York, drinking very early in the morning. Tragedy struck Tigre’s life at some point and crushed his spirit, but not his strength.

He heads home to his studio apartment and rips the door off of the hinges, being too incapacitated to work his keys. His landlord rushes out and busts him saying not only is he behind on rent, but that he’s going to have to pay for the door. After passing out for a while in a drunken comma there’s a knock on his free standing door. He puts his mask back on and answers only to find a woman that bears a resemblance of a lost love. Her name is Maria and she begs for his help as she is familiar with the stories of Tigre from Mexico where he would help the people and be their protector. She tells him that their people are selling their body parts in exchange for money, but that the operation is dirty and surgeries go poorly with most of them dying for a few bucks. Tigre tells her that there is nothing he can do and that should she go. 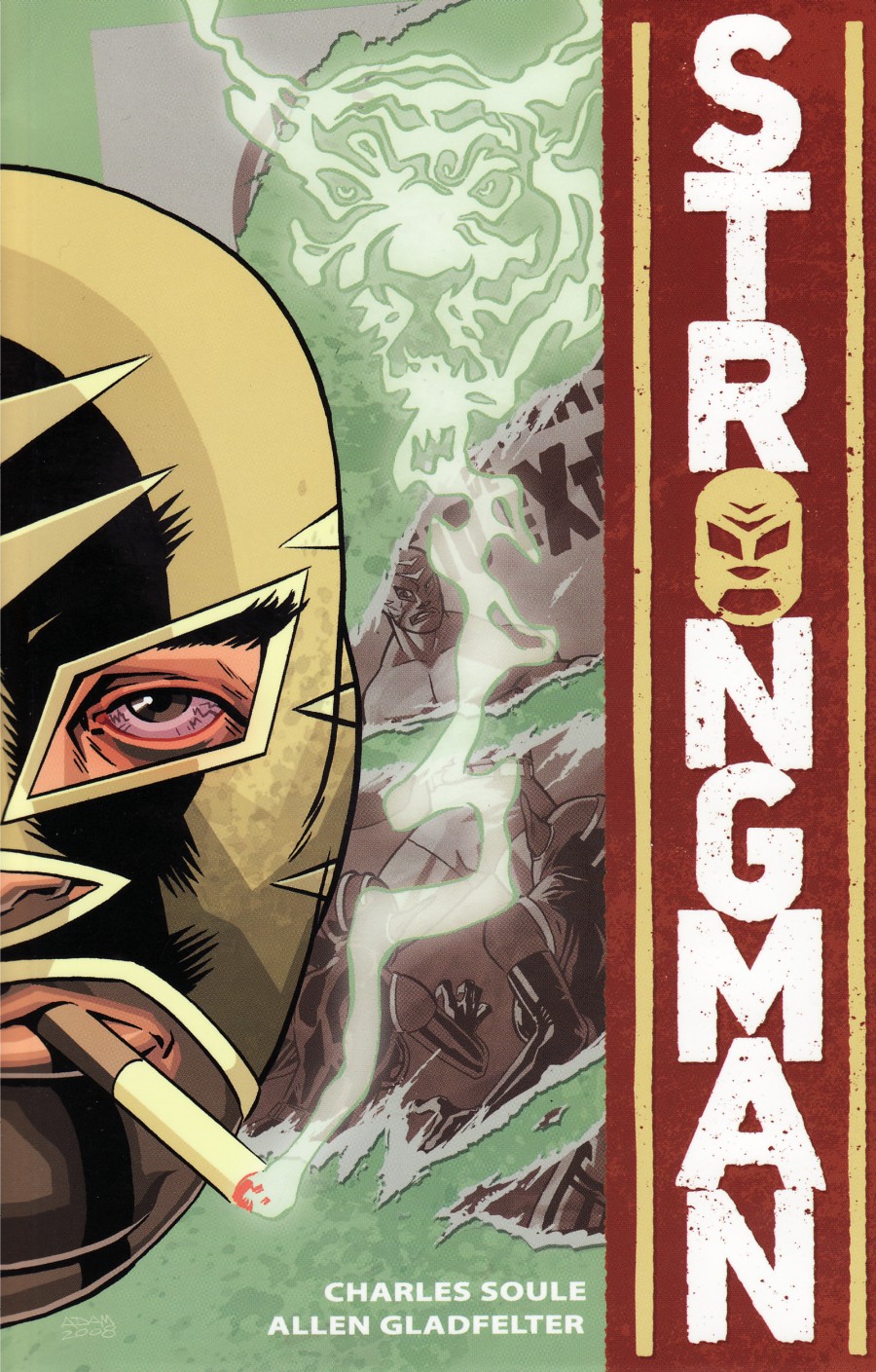 From there Tigre goes to work. You’d be surprised, but he’s still a wrestler. He puts on an all-black mask and dons the name The Black Demon! His opponent for the evening is Slugger and he resembles a member of the Furies from The Warriors which is brilliant and awesome. Tigre asks the event runner not to have Slugger use the bat on him, since it hurts him to damn much. The event runner gets in his face and tells him to shut up and do what he’s told or he’ll get someone else to work for 50 bucks and take the abuse.

They head to the ring and the bout is going as it should with Tigre getting the crap kicked out of him and the crowd cheering on Slugger. Tigre has fits of rage that he suppresses unit Slugger breaks out the bat. Slugger knocks him in the back of the head for real with the bat. Tigre stands up and takes the bat and breaks it into two with his bare hands. He gives slugger the option of walking away or going another round with him. Scared Slugger backs out of the ring. The event runner comes back and instantly gets into Tigre’s face. Tigre tells him he owes him 50 bucks and then he’ll be on his way. The event runner chickens out and gives him his money, but bans him from his company and swears to pass it on so that his career will be finished.

Filled with a sense of being for the first time in as long as he can remember, Tigre founds the Maria the woman that asked for his help from before. He tells her that he will find out what’s happening to their people and where these organs are going to. The next day he busts out his motorcycle and leather jacket and takes to the streets to track down his first lead that Maria gave him. Tigre is back and his as bad-ass as ever!

The first volume continues from there as this recap was only a taste. The story is great on many levels. The first obviously being the wrestling angle that is plays too. It reminded me of the book from Oni Press called Super Pro K.O. which was all about wrestling, but failed to have any sense of emotion and the wrestling was confusing to look at on the page. Strongman on the other hand uses wrestling as a back drop for a larger story and the wrestling action is intelligent and easy to follow.

It’s almost a fact at this point that I enjoy writer Charles Soule’s work, especially his work on 27 from Image Comics. When I picked this book up from him at c2e2 I loved the idea of the concept and was curious if it was going to be just as good as 27 was. It’s nearly impossible to compare the two with them being so different, but Strongman stands on its own as a great book. The character of Tigre is just fantastic. He’s a character that you can’t help root for no matter his faults. His life is so tragic and screwed up that you kind of wonder why he even gets up in the morning. Hell Tigre himself comes across as wondering that same question, but he does it. When he really gets going in the story you see just how amazing he is and that there was a reason that an entire town was behind him and loved him.

The art by Allen Gladfelter is the perfect match for this all black-and-white book. His pencils and inking are striking and dynamic. The page always feels alive with emotion, be it energy and excitement or depression and sadness. Gladfelter does amazingly consistent work especially on the action scenes which usually open themselves up for inconsistency. Gladfelter also does a good job of giving us a lot of the story visually, by conveying the emotions of the characters. At times Tigre looks so depressed, so lost and then full of hope and fire; and yet he’s wearing a mask the entire time. That’s how good the art is, since its able to convey that amount of emotion with just the mouth and body language of the character.

You can pick up the first volume of the series from a couple of different places. The first would be from the Publisher Slave Labor Graphics and the second is from Amazon where you can actually pre-order the second volume as well. The second volume will be out later this year so if you enjoyed first, which you should have, then pre-order it from your comic shop or Amazon. Overall this was one of two great books I picked up at c2e2 and I’m glad that Charles talked to me about it. If you enjoyed 27 then it’s a safe beat that you’ll dig Strongman as well.