Studio Farlaine has released a couple of issues of their kid-friendly comic book Farlaine the Goblin. I'm talking with the publisher today and unearthing more about the anonymous staff and their tree goblin.

Me: Why did you decide to name the comic book after part of your publisher's name?

Studio Farlaine: It came about the other way around. There was a finished book with a title and no publisher. Once it was clear it would have to be self-published, we were more or less forced to make up a publisher. So why not name it after the character? It puts extra focus on him. We're only peddling one product, so why muddle it?

Me: I heard Farlaine the Goblin had several delays for various reasons, including a fire. What happened? 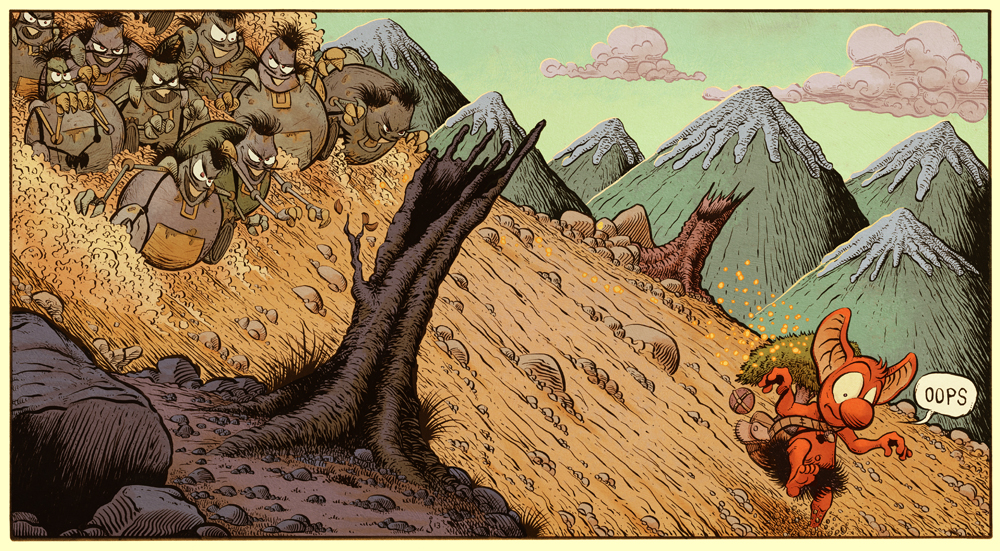 Studio Farlaine: The only real delay was the fire, which shifted it back 3 weeks.

Prior to that there was some confusion about when the book was coming out. It was originally solicited to Diamond to come out in August. Due to paperwork, it was scheduled to come out in September. Farlaine appeared for the first time in the July Previews.

Then we sent off free review copies of book 1 that same month. For whatever reason, Diamond listed these free copies alongside all the other books, so suddenly 2 weeks after it first appears in Previews, Diamond is notifying stores that it's about to be shipped out. So that was a bit of a confusion for people on both ends.

We got our orders the first week of August, and upon handing them to the printer to pull from inventory, we're told that there was a fire and the books had been destroyed. They could not hit the September 4th release date, but would make sure it was delivered before the PO expired. That became a September 25th release date.

Me: Why is the creative team on this book anonymous?

Studio Farlaine: The goal is for people to read the book uninfluenced. Take it as it is and either like it or hate it based on the content.

Me: Why did you decide to make the comic book black-and-white?

Studio Farlaine: Mostly time and money. Colorizing a comic is a lot of work, especially on an unknown book with no audience. If the choice was doing 2 books in color or 3 in B&W I preferred to do 3 books. You can always go back and colorize something, but you can't always find the time to produce a good story.

Me: What inspired Farlaine the Goblin?

Studio Farlaine: A lot of the non-hero comics. A bunch of European comics like Asterix and Smurfs and Moebius' work, Barks and Rosa on Donald Duck and Uncle Scrooge comics, there's some Bone, some Spongebob, Spider-Man...and a dozen others I'm overlooking. Also Miyazaki movies. Lot of Miyazaki appreciation. His Nausicaa manga is awesome. Otomo's Akira manga is inspiring. Lone Wolf & Cub. I loved 80s superhero comics too.

Me: How would you describe the premise? 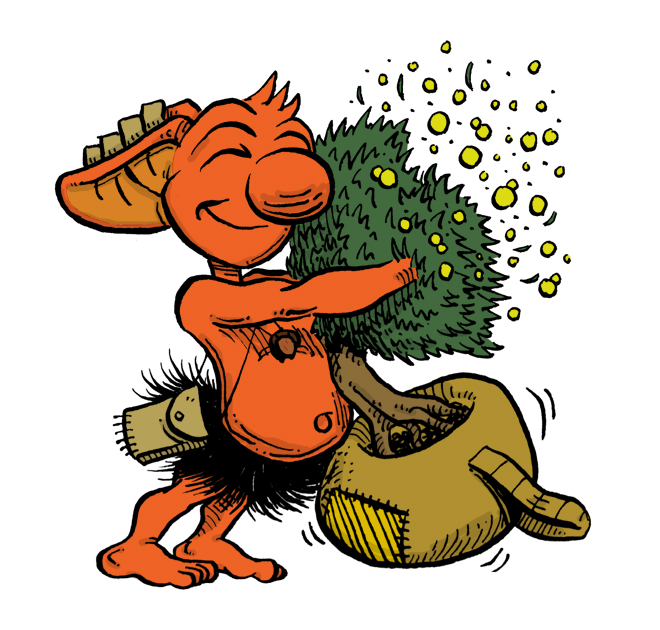 Studio Farlaine: Farlaine is a tree goblin and a shaman, who's been searching for years for a forest to call his own. His only friend is his tree, slung over his shoulder and carried everywhere. They've gone through hundreds of lands. They only have ten lands left.

Me: Who is the target audience for Farlaine the Goblin?

Studio Farlaine: It's very much an all ages book. I've heard of 5-7 year old kids who like it and of full grown adult kids. Girls really seem to like it, which surprised me. And most of it all it was written for me, an adult.

Me: What message are you trying to send with Farlaine the Goblin?

Me: How long is Farlaine the Goblin going to be? How many pages long are each issue, how much do they cost and where can people get a copy of the comics? 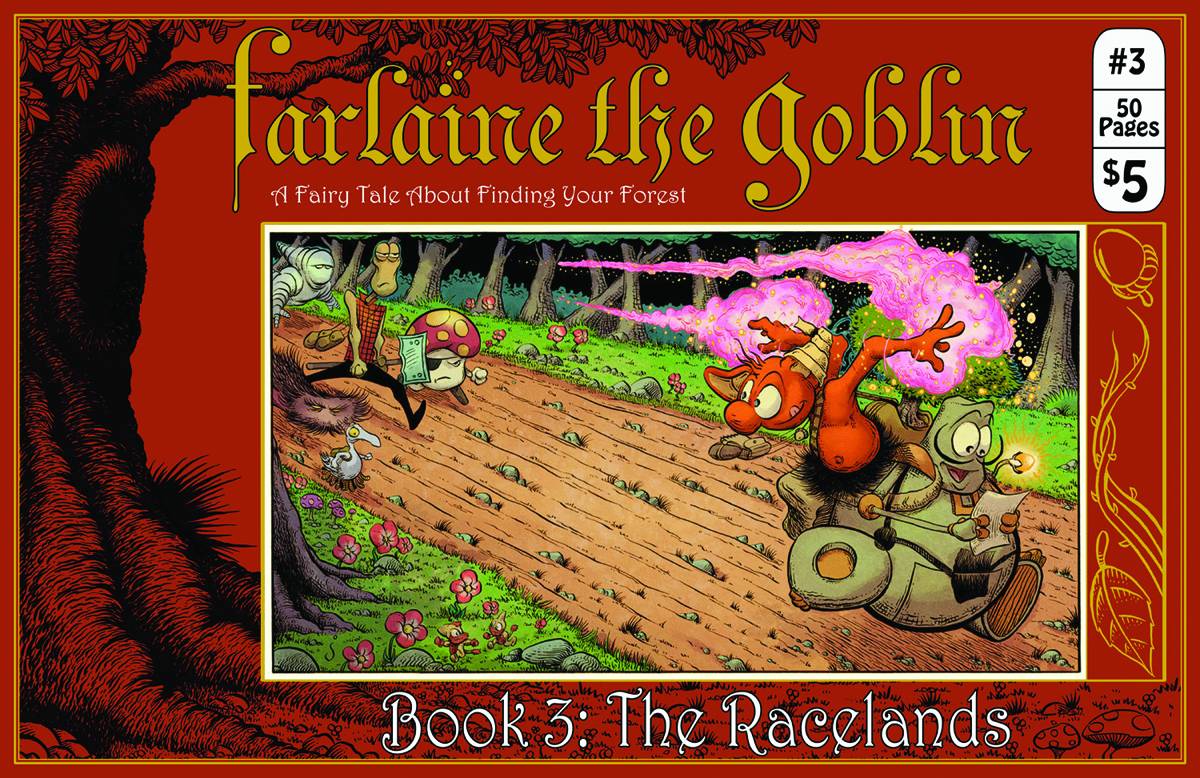 The series will be 7 books long, with book 1 out now, book 2 out October 30th, and Book 3 out December 11th. Each issue is between 30-50 pages long depending on the story being told. People can buy copies at their local comic shop or through www.farlaine.com.

Me: Has Studio Farlaine released any other comics? Are you planning on releasing any others?

Studio Farlaine: Nope, the plan is to only release Farlaine the Goblin.

Me: I heard Studio Farlaine was a NYCC. How was it?

Studio Farlaine: It was a blast! After having done Boston and Baltimore, NY was like another world. Just enormous beyond belief! Sold a lot of books. Barely left the booth. Lots of fun. :)

Thanks for your time! If you want to learn more about the publisher and read Farlaine the Goblin, check out their official website or their Facebook page.