By: Steven Chaitman | Movie News | April 6, 2012
In what can best be described as two wealthly little girls fighting over who gets to play with the newest Barbie doll first, Lionsgate and 20th Century Fox have worked out their schedules so Jennifer Lawrence can star in the sequels to both The Hunger Games and X-Men: First Class.

Both studios intially planned to film in the fall, but people at Fox told The Hollywood Reporter that the studio will begin shooting the "First Class" sequel in January, which means Lawrence will be available to film Catching Fire in the late summer/early fall. Fox budged despite having the option on Lawrence's contract to get first dibs. 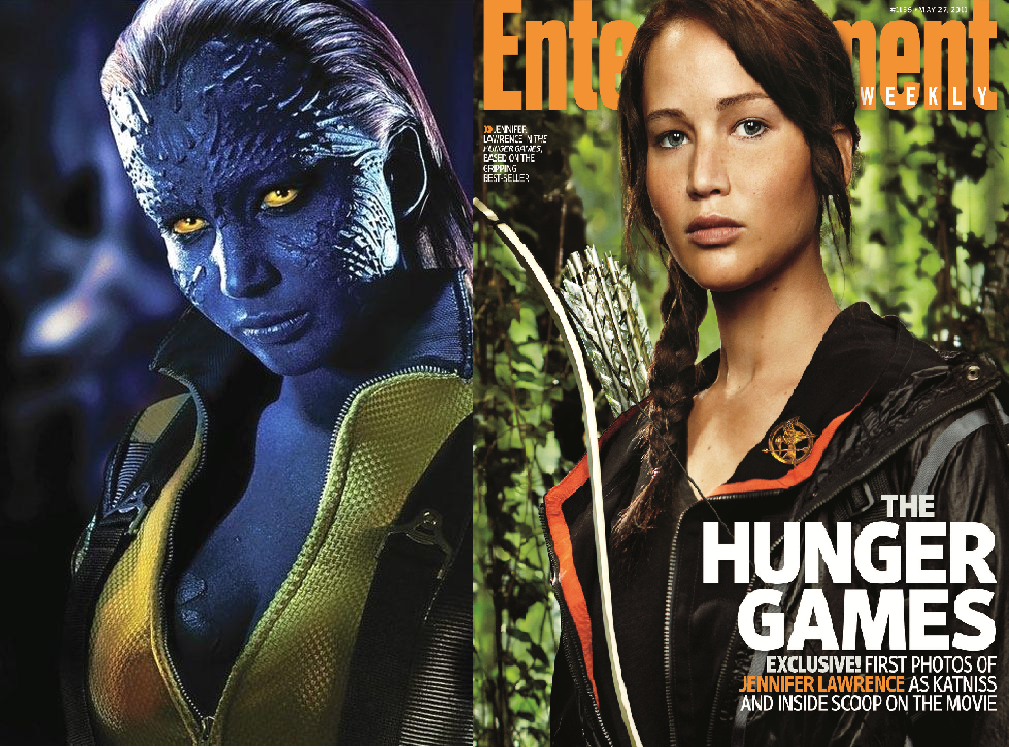 In "X-Men," Lawrence plays a young Raven Darkholme a.k.a Mystique, the shape-shifting mutant originated by Rebecca Romijn. In The Hunger Games, she stars as heroine Katniss Everdeen. Considering that the latter franchise cannot afford to lose its face, it was big of Fox to step back. Had Fox held firm, Lionsgate and Catching Fire would have had to scramble to meet its November 2013 release date. To return the favor, Lionsgate will not place a seven-month hold on Lawrence's acting services.

Isn't it lovely to see Hollywood play nice? Such negotiations are rare, so it speaks to how much they value Lawrence's talent. Well, at least from Fox's perspective, as it's easier to replace an ensemble role than your main character.

Matthew Vaughn will return to direct the next "X-Men" installment, but Lionsgate is still trying to work things out with The Hunger Games director Gary Ross.