"Can you remember the 'Miracle on the Hudson of 2009?' "
By: Russ Matthews | Movie Reviews | September 6, 2016
How do you define a hero? Do they put on capes and appear in comic books or are they ordinary people who do exceptional things in extra-ordinary situations? On Thursday, January 15th, 2009, it was just another routine fight to Charlotte, North Carolina for Captain Chelsey Sullenberger, nicknamed 'Sully' (Tom Hanks) and his co-pilot Jeff Skiles (Aaron Eckhart). They had a full flight of passengers who were hoping to escape the cold of New York. All was routine on the flight out of the city until the A320 jetliner was hit by a flock of Canadian geese and both engines became inoperable. Relying on his 40 years of flying experience, Sully managed to land the jetliner on the Hudson River with miraculously few injuries and no deaths occurring. The seasoned pilot became an instant celebrity and hero of the Big Apple. During the celebrations and adulation from the around the city, behind the scenes there was a tension surrounding the investigation into the flight's circumstances. Sully was unable to celebrate with the world, due to the implications of what he was accused of during the landing and the potential impact that it would have on his career and his life. 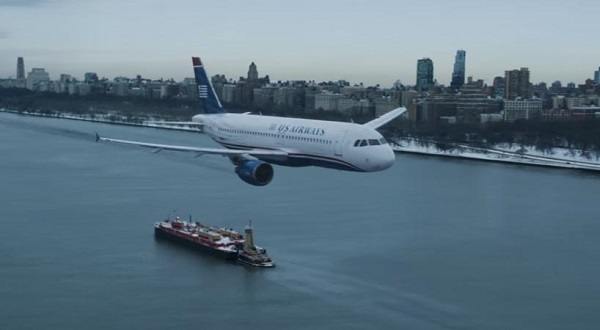 From American Sniper to Sully, director Clint Eastwood continues to find the stories behind the unsung heroes of this era. Captain Chelsey Sullenberger received his 15 minutes of fame, but Eastwood manages to take the pilot's autobiographical sketch and deliver a compelling and celebratory drama. The quality of the director and cast in this production is evident, because they manage to draw every shred of emotional capital out of the pilot's short claim to fame. Eastwood is able to maintain the intensity of the action and investigation by showing the different vantage points of the flight that help us to see every aspect of the harrowing event. Eastwood capitalizes on Hanks' ability to capture the 'everyman' essence of his character by naturally showing his inner strength and vulnerability on screen. The Oscar winning actor continues in this trend through many of his recent roles as Captain Richard Phillips (Captain Phillips) and James B. Donovan (Bridge of Spies). 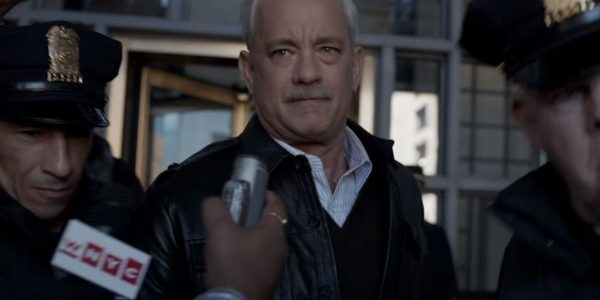 The strength of this film's conciseness does expose some of its weaknesses. The brevity of the flight incident meant that Eastwood and screenwriter Todd Komarnicki had worked exceptionally hard to maintain the attention of the audience. Through the inclusion of Sully's past and family, they managed to pull this off with little difficulty. The story does struggle to maintain it's altitude throughout the film, but overall it does stay in the air. The struggle in this situation is finding the antagonist. They attempted to paint the investigators as the villains through the majority of the film, but ultimately they were merely trying to do their jobs. This made for an unnecessary vilification of people who are merely attempting to get to the bottom of this unique event in history. Ultimately, these are minor issues and do not cause the engines to fail in this captivating story in world history. Like American Sniper, there may be artistic license taken with the storyline, but the heart of the story makes for an enjoyable and compelling experience. Admittedly, Chelsey Sullenberger may not have the same bravado of Chris Kyle, but they seem to be men cut from the same cloth. Men who's stories should cause anyone from an American background to well up with patriotism and pride for the country of their origin.
Rating
7.5
Pros