Summer Blockbusted 2011: Studios Still Sinking Too Much into Sequels

So how does this "toss money at the problem" phenomenon stack up to last year? Back on an eve of August in 2010, as the summer movie season was nearing its annual stage of hibernation, I felt a burning necessity – more than any year before – to delve deep into the often perplexing machine that is Hollywood and why, perpetually, they expect bundles of cash tossed at the silver screen will not only yield a product that audiences will adore, but will line the pockets of executives in turn.

It was becoming clear that the surges in summer sequels was beginning to wear on the average moviegoer. Returns dipped sharply from their predecessors in almost every instance and reviews were consistently middling. Now in 2011, adding another level of intrigue to the collective performance of the films across the hottest months of the year was the rapidly expanding importance of the international market and the gargantuan surge in 3-D offerings.

A year ago, as Iron Man 2 blasted its way to number one at the box office with a sizzling $128-million opening, many were nevertheless feeling the effects of a lackluster first four months at the cinema, and as August rolled around studios twiddled their thumbs nervously as they witnessed attendance plummeting to new lows.

This summer the gap has only widened. May seemed to offer a revival, posting the best month of all time with $1.037 billion in combined revenues, above 2010`s which ranked seventh.  June, however, saw its grosses dive to fifth; July a solid bump thanks to Harry Potter and the Deathly Hallows Part 2 and Transformers: Dark of the Moon and August was met with atrocious returns not even registering in the top 10 (even 1999’s proceeds rank seventh).

As I iterated in last year's piece, which you can read here, it is this ebb in profit that spurs studios to search for a way to fill seats and excite the masses, which, sadly, equates to injecting pictures with larger doses of cash, slapping on an extra dimension and watering down ideas with effects and flashy action. But I do digress, as FX and money do not by any means have to equate to an inferior product, evidenced by Inception last year and “Harry Potter,” Rise of the Planet of the Apes and X-Men: First Class this summer. GCI can enhance a strong script — a filmmaking staple all too rare in this modern blockbuster age. The budget of a film is spread throughout a number of principle expenses including the story rights, the screenplay, producers, directors, actors, visual effects, music and the actual production costs. Higher profile filmmakers and thespians can demand upwards of $20 million plus a percentage of final receipts. Depending on the type of film being produced, the visual effects allocation can balloon towards $100 million alone.

Without delving into the drier technical aspects regarding tax breaks, co-productions between studios and joint distribution projects, the rule of thumb is that if a film’s gross equals its negative cost it has shown a profit. Meaning, that after the sum of the production budget is tallied, a film must double that amount to become profitable; $100 million total budget, $200 million final gross, etc. This equates to the big name production houses such as Fox and , to name a few, receiving roughly half of the ultimate sum and after having potentially sunk years into a film, receiving $100 million on a budget of the same (a.k.a. breaking even) does not look good when it comes to the annual report.

So how does this “toss money at the problem” phenomenon stack up to last year? Well, a small miracle to be found is that we have had the same number of films costing $100 million-plus in 2011 as we did last summer, 14, but with one more movie exceeding the whooping $200-million cost mark. Taking inflation out of the equation to keep things simpler, as we rounded into the aughties we had less than one third as many flicks carrying monster budgets and all of those became thundering successes. The “re” craze (remake, reimagining, reboot) coupled with sequel fever also maintained its stranglehold on the industry, seeing those phenomena rise from a combined two in summer 2000 and 2001, to 13 in each 2009 and 2010 up to a whopping 17 over just four months this year.

Following the success – I use the word success as the English language has not yet invented a word to justifiably express the James Cameron phenomenon – of Avatar, 3D has run rampant over as a means to curb these ballooning costs and lack of audience interest. But as irony would have it, those crafty viewers quickly caught on to the game. 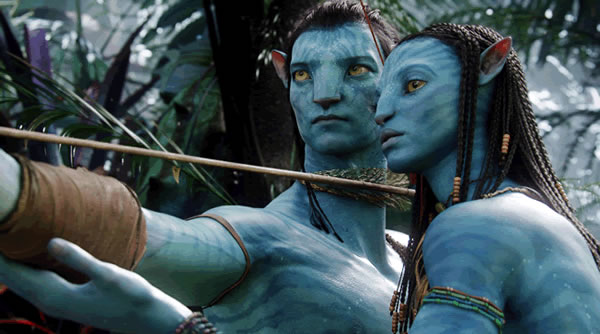 As the first weekend of May usually would demand it, things debuted with a bang as Marvel’s Thor took number one with $65.7 million; a gross achieved thanks to a 60 percent share in 3-D screens. From then on, audiences clung to their money for dear life as only 45 percent came from the extra dimension for “Pirates 4,” Kung Fu Panda 2, and Green Lantern. Cars 2 sank to 40 percent, but things peaked with “Transformers 3” before sinking to summer low of 38 percent with Captain America: The First Avenger. I could mention a late summer surge from Final Destination 5, Conan the Barbarian and Fright Night, but that would be ever the moot point as they all ranged from disappointments to mammoth flops anyways.

This attempt to traverse the chasm left by greatly shrinking attendance was met with failure in North America as two sequels, “Potter” and Fast Five, saw their grosses rise above that of their predecessor and only one, all summer, witnessed a gain in attendance and that is the aforementioned oddball smash Fast Five. To date this year, the U.S. and have only produced five $200 million-plus grossers and but two exceeding $300 million. Even the poor showing of 2010 had 10 of the former by the end of January and four of the latter; I would say Christmas season had better be a strong one. Oh, and did I mention we have only a sole $100 million-plus opener thus far when last year had four to its name by New Years?

Glancing worldwide, however, reveals a vastly different tale ripe with hints at how the global film industry will be shaped over the next decade. Three movies (“Potter,” “Dark of the Moon” and “Pirates 4”) have broken the billion-dollar threshold, but garnered a respective 71 percent, 68 percent and 77 percent from international markets, which leaves the stateside receipts in their proverbial dust. Expanding to the top 10 worldwide grosses of 2011 thus far, even the lowest share from overseas is still 56 percent from The Hangover: Part II and stretching further yet, the 23 of the top 50 films of the year that premiered in summer averaged 51.5 percent overseas take, and without American comedies, the share widened to 59 percent.

Numbers may be the foundation of , but I will retreat with my barrage for now. Down to the simple and true point: the movies are dying and ironically it is the season of big-budget fun. What once was the time of year that used to regularly invigorate, is now ultimately leading us down a black hole of rehashed ideas, money-grubbing gimmicks and soulless, empty shells of what used to be considered fun. As much as it may seem contradictory to the way things have been progressing over the past 10-20 years, cinema enthusiasts and average Joe movie-goer will turn out for a superior product even if you pocket that extra $50 million for a few smaller films at another date. I do not want the remaining energy of blockbuster season drained and replaced by the serious and oft pretentious nature of awards season by any means; that already has its place on the cinematic landscape. All I want and all we need is “progress” kept in check and the focal point of the summer months to be balanced between the desire to turn out a quality project and stuff one's mattress with green.