Summer Blockbusted? The disparity between big budgets and big dollars

More so than in any summer that has preceded it, the lovely sunny months of 2010 have shown a growing movement. Ironically, that movement is, well, not to move. The normally booming blockbuster season is wavering in terms of attendance, critical acclaim and audience reception. And those inflated Hollywood budgets could have something to do with it.

The normally magnetic draw of big-budget sequels, remakes, reboots, re-adaptations and spinoffs has certainly wavered, with audiences embracing original ideas and independent cinema with a fervor not seen since “budget over ideas“ became the norm rather than the exception. Hollywood's tendency to throw money at a film in the desperate hope that investment will somehow morph into a quality product has certainly been shaken. 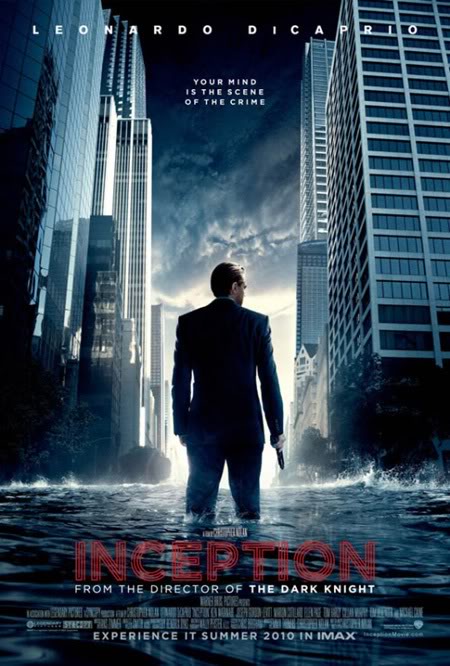 The budget of a film alone does not instantly equate to a poor cinematic offering, but rather it is half of a doubled-headed issue. Movies such as Inception have proven that money can be used to enhance rather than consume a narrative. At the same time, it is difficult to argue against the rule that as a production budget increases, quality takes a hit. Weak screenplays and rehashed ideas can easily masquerade as an event film when marketed to the right audience with the right amount of dough in advertising. These two Hollywood fixations create a viscous cycle that simultaneously inflates budgets and deflates caliber.

So why risk a huge financial investment of $250 million on one film when a studio could spread its assets to five $50-million projects that could turn a profit that much easier? I have already alluded to a portion of this answer, in that money masks inferior products, but to fully understand we need to take a side-trip into movie economics.

The budget of a film is spread throughout a number of principle expenses including the story rights, the screenplay, producers, directors, actors, visual effects, music and the actual production costs. In short, movies are inherently expensive unless we are talking about a purely independent project. Even then, $3 million is nothing to scoff at. A-List screenwriters can demand $1 million for the first three drafts of the screenplay, in addition to credit bonuses and a percentage of the gross profit. Big-name actors can be paid upwards of $20 million plus a percentage of final receipts. Depending on the type of film being produced, the visual effects allocation can balloon toward $100 million alone. Money well spent? Not usually, it would seem.

The word “flop” is tossed around liberally these days and with a quick glance at this summer one can see more than a share of disappointments. Two would-be franchise starters, Prince of Persia: The Sands of Time and The Sorcerer’s Apprentice bottomed out stateside; sequel Sex and the City 2 failed to crack the century mark; rebooted Robin Hood did not come close to recouping its massive budget. Even mega-sequel Iron Man 2 was deemed somewhat of a disappointment only making $30 million more than its predecessor worldwide despite a budget increase of $60 million. Two of the years biggest hits, Alice in Wonderland and Clash of the Titans, were not even summer releases, which leaves The Twilight Saga: Eclipse, which, surprise surprise, had a budget of only $68 million. But I’m getting ahead of myself; are these movies true flops or simply under-performers -- or neither?

Without delving into tax breaks, co-productions and joint distribution/production projects, the rule of thumb is that if a film’s gross equals its negative cost it has shown a profit. What that means is that after its production costs and marketing budget are added up, a film must double that amount to become profitable; $100 million total budget, $200 million final gross.

This takes into account only the domestic take for the film (The U.S. and Canada) and revenue streams from overseas, selling cable rights, video sales, merchandising, etc. all tack on significant totals to a movie's primary take. Balancing out this flood of revenue is the take from the theaters and all auxiliary marketing costs as well as prints.

With the number of movie theaters across the world rapidly expanding, the demand for prints rise in kind. Marketing and print costs are constantly overestimated, with hundreds of millions supposedly being spent. In truth, prints and marketing rarely exceed about a quarter of the film's production costs. Reshoots and desperate grabs for audience interest can rocket these costs to over a third, but with the cheap and endless supply of Internet advertising offsetting these expenses, creating buzz has become simpler.

Film companies offset the loss of the theater share by collecting grosses on a sliding scale. This means that studios take a larger portion of the opening weekend grosses and less during each subsequent week. This is why so much emphasis is paid on mammoth, front-loaded opening weekends.

So now that we have seen the makeup of the Hollywood machine, it remains very difficult for a film to flop outright. But there are disturbing trends arising in the once-electric summer blockbuster season that point to a movie future far less fool-proof than the cluttered bookkeeping of major studios.

At the start of the 21st Century, the age of the modern blockbuster was in full swing. Mission Impossible II topped the budget chart with $125 million accompanying only five other films in that cost bracket, all of which became smash hits through the months of May to August.

Jump to the summer of 2009 where a whopping 14 movies had a budget exceeding $100 million (almost one per week) and only nine became bonafide hits during their theatrical runs. Harry Potter and the Half Blood Prince carried a reported price tag of $250 million, doubling the cost of another high-profile sequel not eight years prior.

So far in 2010, there have been twelve $100-million-plus films (seven a success so far) and there is still a month to go. Not adjusting for inflation there has been a grand total of 165 movies carrying a budget of over $100 million (don’t even dare spread out to the $80-million bracket). Only 22 of these films, or 13 percent, were made before the 2000s. Clearly, there has been a steady rise in the number of big budget films each summer and for a correlation with quality you need not look any further than the trend of sequels and remakes.

The numbers say it all: two remakes and sequels in each of 2000 and 2001 and 13 in both 2009 and 2010. Keep in mind as well this is just during the summer months. Were you to analyze the full movie year the disparity would only continue to expand.

Of the top 20 most profitable movies based on absolute profit (profit against budget), 12/20 (60 percent) were made during the 2000s, not an unfavorable statistic. Yet contrast this to the top 20 biggest money losers of all time and a whopping 18/20 (90 percent) were made during the last ten years and only one of those made before 2000 had a budget exceeding $100 million.

Hollywood's perspective ultimately seems warped. They only choose to finance “safe” sequels and remakes of material that were formally well-received and yet dump hundreds of millions of dollars into the projects anyways. The somewhat pathetic thing is that the proof has been in their faces for so long. The biggest hits (critically and financially) of the last few years have been original ideas; do Inception, Despicable Me, District 9 and Inglorious Basterds ring any bells?

Many have dubbed 2010 the worst year for movies of all time, and so far I tend to agree. Audience attendance continues to plummet, bolstered only by increased ticket prices and 3-D and IMAX surcharges. Not until quality becomes a focal point and runaway budgets are kept in check can we recapture some of the golden age of movies that seems to be slipping away forever.

Well... sometimes you have to use an unholy amount of minerals/gas and have a lot of space marines die before you get to that point. At least that's what the military seems to think.