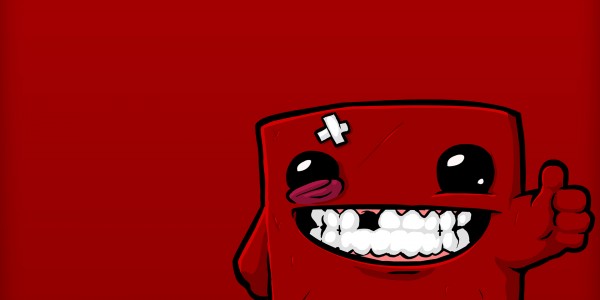 Nearly five years ago Super Meat Boy was released on Xbox 360 and PC. But that was basically it. A year later a Mac version was released, but since then Playstation fans have been unable to play the successful platformer on their platform of choice.
But that is all changing. Although no official reasons were given beyond "very complicated reasons", Super Meat Boy was never able to come to PS3. On the Playstation Blog one of the Super Meat Boy developers, Tommy Refenes, explained how frustrating it was to not be able to bring the game to Playstation consoles. He also explained how they worked hard and pushed for a long time until they were finally able to bring the game to PS4 and PS Vita.
You can watch the PS4/Vita announcement trailer below.

A nice bonus is that the game will be free for Playstation Plus members when it launches. Team Meat had this to say about releasing it for free and had a message to Playstation fans who waited:


That’s our way of saying “Thank you for waiting patiently” to all those PlayStation fans that reached out to us over the years only to get back a “we can’t do it, sorry” response. We love you guys and girls and we’re so happy that you can finally play Super Meat Boy on your system of choice!


Super Meat Boy will be coming to PS4 and PS Vita this Fall and will be free for Playstation Plus members.