"Mew two's return ushers a new age of Super Smash Bros."
By: Edward Oliveira | Wii-U Features | April 15, 2015
With Mewtwo out today for those that got him early through Club Nintendo, it marks the day we add DLC to Super Smash Bros. for Nintendo 3DS and Wii U. This is a bigger deal than you think since Smash was never supposed to get DLC past Mewtwo, but they instead made a 180 and decided to not only add DLC, but make it a platform in itself. They didn’t just keep us in the dark for future DLC either - Nintendo also announced a Mii costume pack and the return of Mother 3’s Lucas as a playable character, alongside something we didn’t expect: Fan entries. 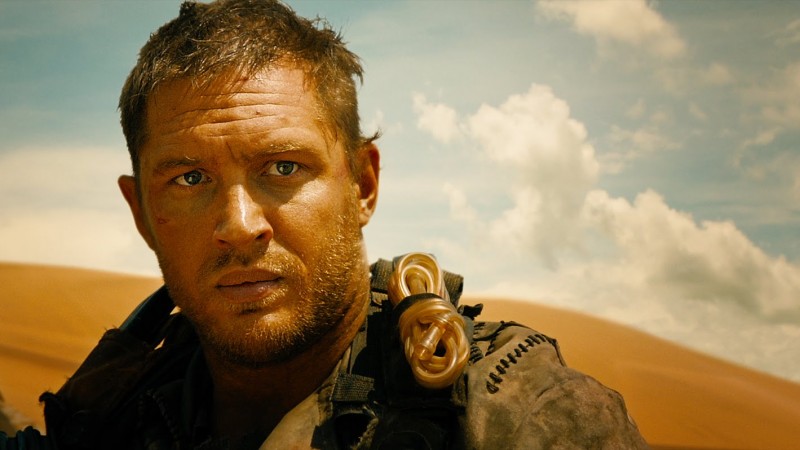 The Smash Bros. Fighter Ballot as also announced, a site where users can offer their two cents for the next round of DLC characters. This is genius, if not mad due the overwhelming amount of characters that could be offered. It doesn’t seem to be less like a popularity contest and more of just a user-generated list of options Nintendo can sift through, though if there’s one character that seems to be just dominant in the ballots, we’ll expect him/her/it to pop up.
So whom should we expect? We’ll list a collection of first and third-party characters (not named Roy or Ryu) that may snag a place in Smash Bros.’ hollowed roster that we could see one day… or not since it’s all up to us to vote!
Inklings 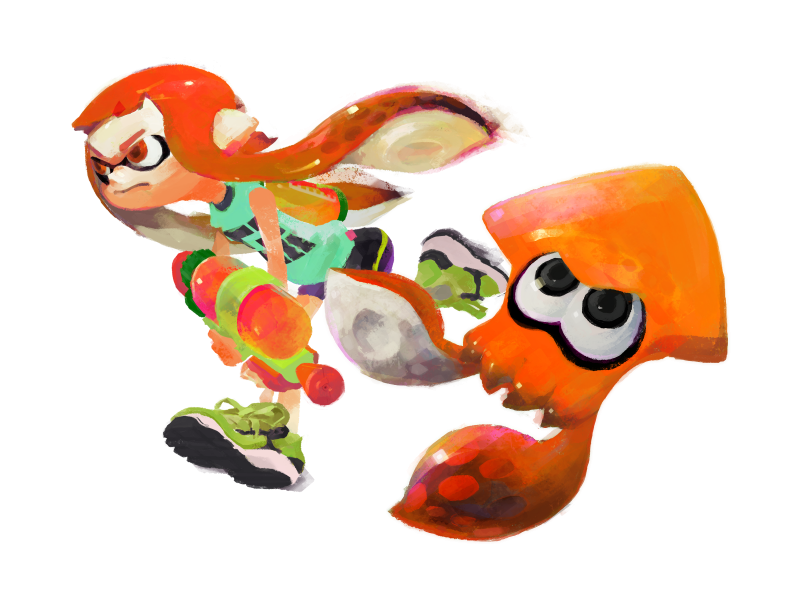 Splatoon is shaping up to be a bigger hit than we expect. With a heavy focus on online gameplay with a platforming-like single-player campaign, we’re seeing a full package releasing on store shelves. Not only that, it is very strong in the design department with some killer character designs and a punk vibe resonating from it. Because of that, the Inklings are probably the most fitting Nintendo characters we could possibly see showing up.
Inklings are equipped with Super Soaker-style paint guns that can be used for more distance Smash attacks like Mega Man’s blaster or Duck Hunt’s Zapper reticule, and they have paint grenades for those with enough paint in their tank. They also have secondary weapons that can be customized in a player’s loadout like giant paint rollers, snipers and rockets, so special attacks could utilize those attacks. Lastly of course, they can transform to a squid and swim in their paint, so that form has to be used in some form, whether a Final Smash or an overall gameplay gimmick of spraying up the field for squid movement.
With customizable characters, we could see the eight costume slots taken up by four female and four male slots, and hopefully two of those slots are taken up by the newly announced schoolgirl and samurai costumes we can unlock via amiibo missions in Splatoon.
Bayonetta 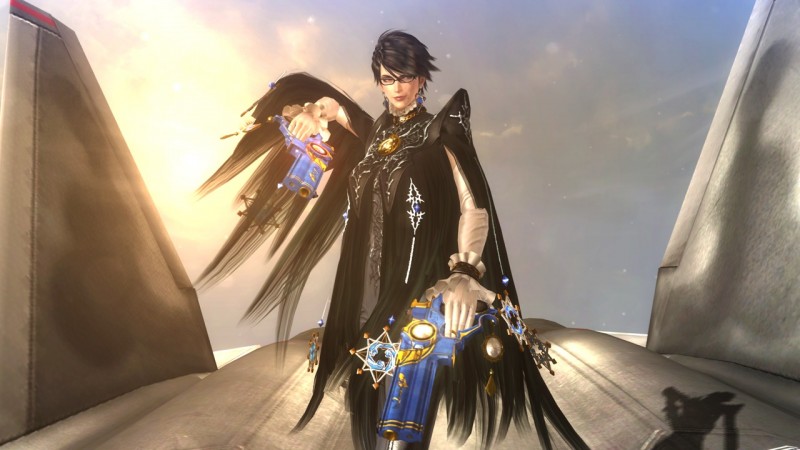 Nintendo’s surprise exclusive has sort of paid off for them. While Bayonetta 2 isn’t selling millions of units, it has exceeded review expectations with several sites (including this one) giving it perfect scores. It’s is a shining gem in the Wii U’s library and absolutely deserving to anyone wanting an amazing game.
Nintendo fans have sort of adopted Bayonetta as one of their own since Sega was foolish to not capitalize on the sequel. So as Nintendo’s adopted black sheep daughter, she, more than anyone else in my opinion, earns a spot in Super Smash Bros.
Fitting for Smash, Bayo is a unique individual with pistols on her heels and hair for her outfit, and they both can kill. Punching, kicking and shooting can eat up her Smash attacks and like Link, her arsenal of different weaponry can fill her specials with her bow, katanas and claws to just begin. While I’m a little annoyed by the abundance of counters that originated from Marth in Melee, Bayonetta’s Witch Time could act exactly like Shulk’s visions. Though it’s incredibly risqué, Bayo’s final smash has to be her summons, where she strips her hair outfit to transform it to a monster that turns her foes into its lunch. Hey if Palutena can blatantly pole dance in the game, Bayonetta can strut her stuff too.
Isabelle 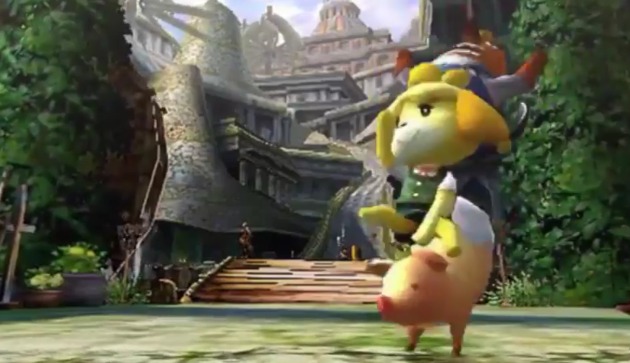 Though she’s already an Assist Trophy, Animal Crossing’s Isabelle has been a modern darling in Nintendo’s lineup of iconic game characters. As the new spokesdog to the Animal Crossing series, this adorable and polite shih tsu has been plastered on Nintendo commercials, has a heavier toy line than any other Animal Crossing character, has become playable in Mario Kart 8, became DLC for Monster Hunter 4 Ultimate as a great (and appropriate) replacement for the felyne assistant, and even has a honor of being a hat in the StreetPass Mii Plaza. Despite being in one game from her franchise, she has become a big deal in Nintendo. As a guilty pleasure, I’d love to see Isabelle join the roster.
Though I’m not a huge fan of clones, Isabelle’s lack of a unique moveset means she has to copy the Villager’s with some aesthetic and damage changes, much like Dr. Mario, Lucina and Lucas. Though her Final Smash could differ with her requesting a town relic like a lighthouse, bench or streetlamp to be built, like she does New Leaf.
Krystal 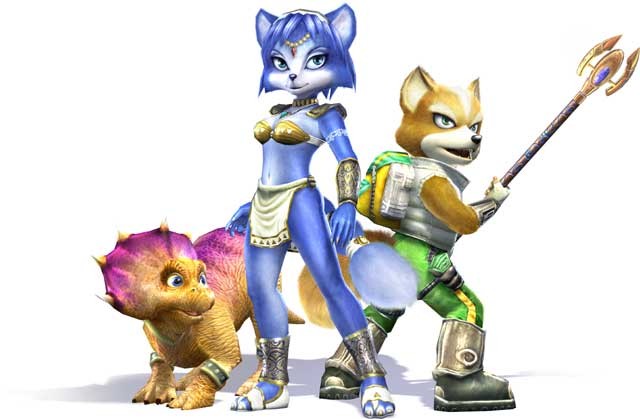 The femme fatale in the Star Fox series would allow a different perspective on the Star Fox roster, which ha spawned not one but two Fox clones with Falco and Wolf. Though those three are pretty badass, Krystal has a unique origin story thanks to her spinoff debut.
Krystal has not one but two different versions of herself: Rare’s scantily-clad staff wielding Star Fox Adventures version, and her gun-toting, Arwing flying, bodysuit-clad self from Star Fox Command and Assault. Thanks to the costumes, the game can aesthetically tailor to both, though the Adventures outfit could be a bit mature…
Not only can costumes remedy her dual-wardrobe, her Smash attacks can themed off of the staff and the specials can be more Star Fox-themed with grenades, guns or perhaps something more clone-like with Fox and Falco.
Tails 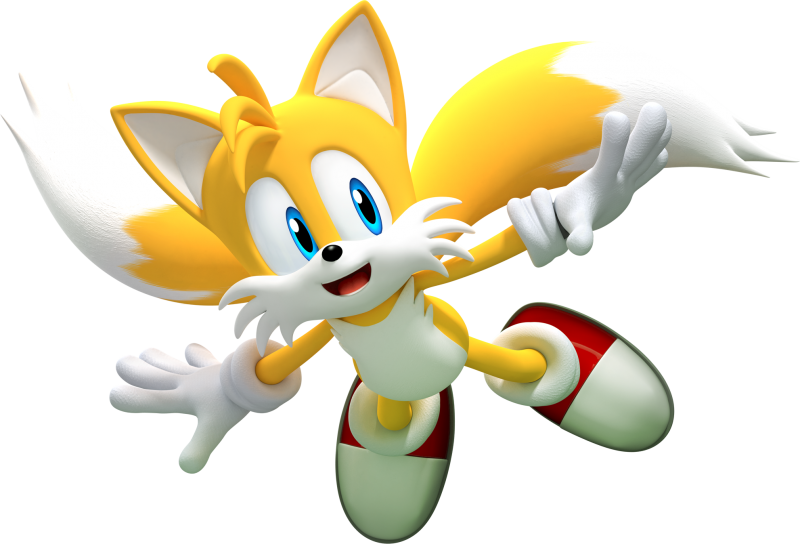 Back in 2002, EGM put up an article on how to unlock Sonic and Tails in Super Smash Bros. Melee, which involved KOing 20 foes in Cruel Melee. I read it and I did it (with perhaps a controller thrown in the process), and nothing showed up. Later on, I realized it was an April Fools prank and from then on, like a little kid wishing for something for Christmas, I vowed the death of EGM. And it sure didn’t work since they’re still around with their site EGM Now.
In all seriousness, while I think Mario makes a better hero than Sonic, I totally am in the Tails camp when it comes to sidekicks. Miles “Tails” Prower is Sonic’s liaison to the skies and sea with his flying and swimming abilities, and his mechanical genius allows Sonic to complete his missions.
In Smash, Tails would be one of the flying characters much like Kirby, Pit, Dedede and the like with a multiple jump scheme. Attack-wise, he’s got an offensive arsenal with tail whips from Sonic Adventure and his engineering background can allow him to create cool things in both a summon fashion, like with Bowser Jr.’s Mechakoopas, or in a tiered fashion, like with Villager’s tree. He could recycle a Sonic move or two since, according to Sonic lore, he helped create the Super Spin Dash that was introduced in Sonic 2. Final Smash: The Tornado.
Rayman

This limbless hero has starred in one of the highest rated Wii U games… before it was delayed to release on other platforms. Before that, he has been a popular hero on Nintendo 64 and Wii among non-Nintendo consoles with games like Rayman 2 and Rayman Raving Rabbids. Even with his mostly positive gaming past, he has the look and skills to become a formidable force in Smash.
The more predictable path of a moveset would be moves based on Rayman Origins and Legends. He can perform some long and hard punches, kicks and slaps. For specials, Rayman could equip a weapon used in the games or have Murfy, his buddy that Wii U owners used to traverse the stages, perform either short range attack, long range attacks or even be a character in itself like Rosalina’s Luma.
Everyone Else
So obviously there are thousands of characters that could be represented from a ton of different places such as other Nintendo games, different forms of current characters a la Dr. Mario and Toon Link, additional characters from currently represented games, returning characters, and a plethora of third-party characters.
Funny enough, on that last note, many indie games’ heroes like Shantae, Shovel Knight, Artix, Gunvolt, CommanderVideo, Super Meat Boy, Rusty and Quote have gotten permission from their owners to become characters. We’ve also seen retweets from fans that have tweeted stating they voted for characters from their companies, like Ubisoft and Konami. And hell, Banjo & Kazooie has gotten Xbox head Phil Spencer’s blessing!
I just gave a few ideas of fish in an ocean of gaming, and of course you can give some ideas in the comments, though make sure to vote for them on the site too! You got until October 3rd!