Super Smash Bros. Brawl had a unique story mode in it complete with tons of prerendered cutscenes. Labeled the Subspace Emissary, it took the trophies of Mario, Link and crew battling the various villains of the Nintendo universe (as well as some original ones) in the very post-apocalyptic Smash Bros. world. It was weird, charming and forgetful once completed, but those hoping for a sequel, or a new story altogether, in Super Smash Bros. for Wii U and Nintendo 3DS will be disappointed. 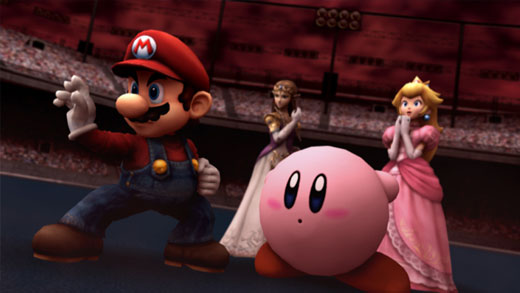 Series director Masahiro Sakurai has confirmed in a column in Weekly Famitsu that the next Super Smash Bros. will not have a story mode because Subspace Emissary’s got uploaded on the Internet. He believes that the hard work it took to make the detailed cutscenes mixed with the lack of a reward for playing the game doesn't make it feasible to add a similar feature in the Wii U/3DS version.

Translated by Kotaku, "Unfortunately, the movie scenes we worked hard to create were uploaded onto the internet,” said Sakurai. “You can only truly wow a player the first time he sees [a cutscene]. I felt if players saw the cutscenes outside of the game, they would no longer serve as rewards for playing the game, so I've decided against having them."

That doesn't mean we won’t see anything of the sort with the new Smash Bros. for Wii U and 3DS. In fact, we've already seen a newer idea of the roles cutscenes will play in the game with the introduction trailers. Unlike Sakurai’s vision of the Subspace Emissary, these videos are meant to be shared.


The article also reconfirmed several features that the new Smash Bros. will have, including a small bit of customization with the characters and different console or handheld themed stages in the Wii U and 3DS version respectfully.

While I never really cared about the Emissary once I completed it, I’ll admit that it was a fun ride for what it’s worth. I still remember watching this cutscene and being blown away.