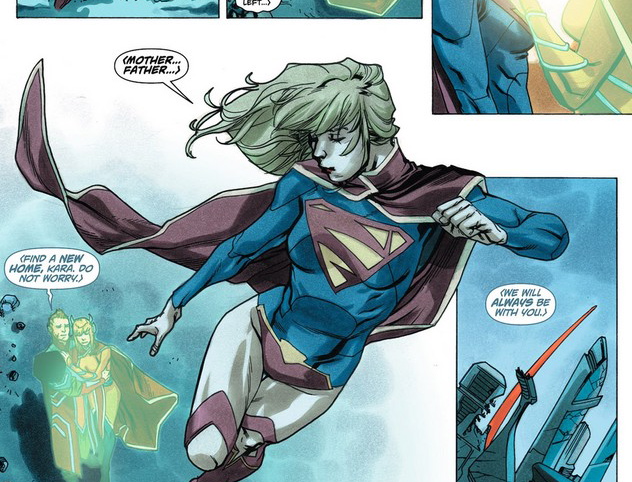 When I first heard about this series when Dc was announcing all of their reboot titles I was kind of hesitant to pick up this series up. I thought Supergirl was going to be totally different from her character before the dc reboot, but after reading the issues that have came out for the series so far I have realized that Supergirl has not changed that much. I like the new spin that they have brought to Supergirl and still having some old qualities in her character that we saw before the Dc reboot.

I really liked the cover for this issue. I have been really enjoying the art for this series and it has to be one of my favorite art for the Dc reboot. The concept for the cover is also pretty great for this cover. In this issue we get to see Supergirl on the brink of death, and seeing her have to decide if it is still worth living after she finds out that her family and friends have died.

In this issue as I said for the cover portion of this review Supergirl is on the brink of death. She has to decide if life is still worth living. As Supergirl is dieing Reign is trying to take over Earth. In the end she even gets a little help from her friends. 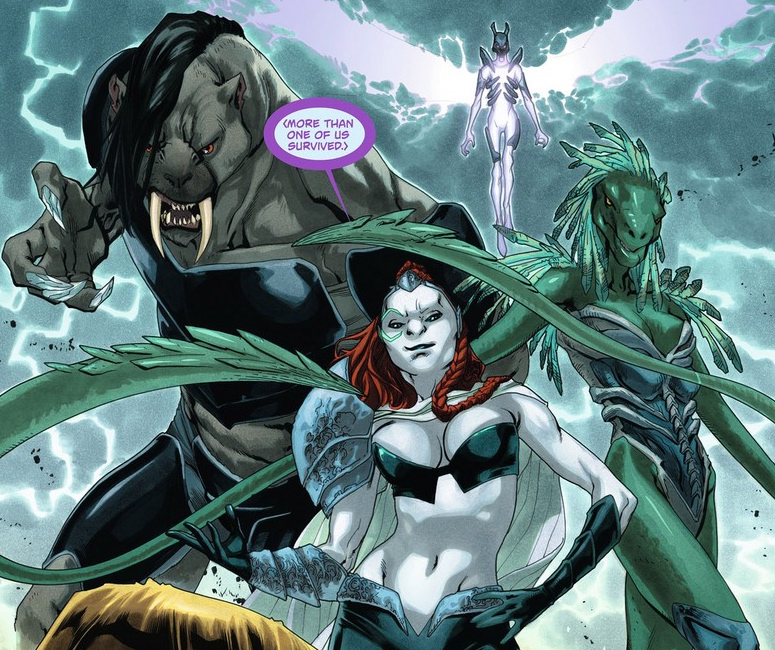 I am glad in this issue we finally see Supergirl realize that her past life is over and now she is going to have to live on earth and protect earth from Reign. Now we are going to be able to see her try to live a new life and I think we can see her character develop a lot more because of that. Her having to make a life and death decision made her finalize her decision on wanting to go on with her life even though the people she loved is not with her anymore.

The one thing I did not like about this issue is that I felt like this issue could have been the perfect way to reintroduce Superman into Supergirl’s life. But in this issue they pushed that story aside and that chance for Superman to come back in this story arc. Supergirl needs Superman now and she is going to need his help with trying to defeat Reign and her friends.

I say even though I was disappointed not to see Superman and probably not being able to see him in a while I still liked this issue. It is great to see that there is finally a chance for Supergirl’s character to develop and can’t wait to see how her life will change on earth. It should be a great couple of next issues. I say pick up this issue and do not hesitate to pick up this series like I almost did.