"Luthor family matters"
By: Anthony Punt | TV Reviews | February 14, 2017
It isn’t easy being Lena Luthor. Your parents are cold, stern and businesslike, while your brother is only the most notorious mad scientist on Earth. Throughout this sophomore season of Supergirl, the showrunners have teased viewers who wonder if Lena is destined to follow the family tradition or wants to join the side of the angels. The season’s twelfth episode, “Luthors,” delves further into this conundrum and—though it comes no closer to solving said conundrum—becomes one of the more entertaining hours of Supergirl in some time. As villains go, you can’t get a more archetypical foil for a Super-person (be it –man or –girl) to butt heads and match wits against than a Luthor. Thankfully the showrunners haven’t focused on the far more ubiquitous Lex, although we do get a brief glimpse of him as a boy (played by Aidan Fink). The brief Lex flashback scenes are there to provide a bittersweet illustration of the younger, relatively innocent boy before he became a monster—at the same time, the scenes are just brief enough that they don’t overshadow Lena’s story or devolve into Jake Lloyd as young Anakin Skywalker territory. We also get to see, albeit briefly, the family patriarch Lionel Luthor (Ian Butcher), who looks like the spitting image of Lex as an adult. Lionel introduces Lena as his adopted daughter who will be living with the Luthors whether his wife Lillian likes it or not. 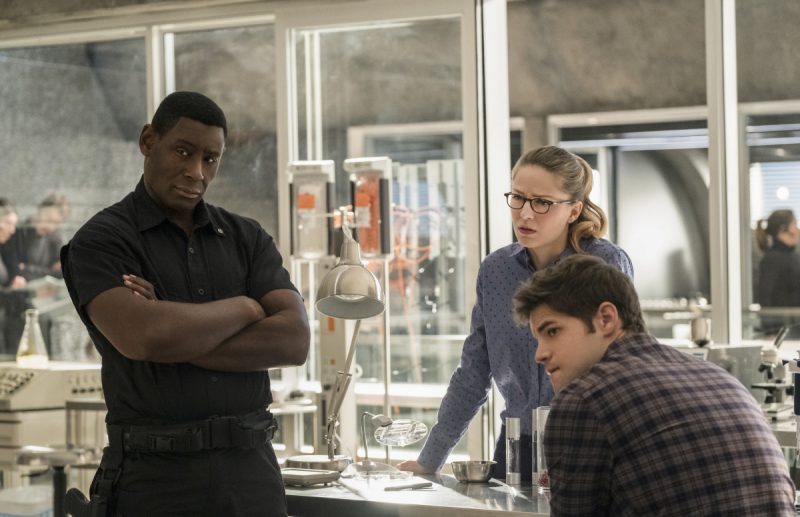 This tenseness informs the mother-daughter relationship that Lillian and Lena “enjoy” in the present day. As the only Luthor alive and able to carry on the family legacy, Lillian is obsessively pursuing her plan to eradicate the planet of alien life as revenge for how Superman defeated her son and (in her version of events) drove him mad. But following the events of “Medusa,” Lillian is on trial and therefore unable to pursue her Project Cadmus plans. This therefore requires Lillian to display some Luthoresque scheming to free herself. As part of those schemes, Lillian continually gaslights Lena in various ways, including by playing on her loyalty to her family generally and to her mother particularly. For her part, Lena doesn’t seem at all committed to her mother’s evil agenda, preferring instead to run L-Corp as a reputable business. But when video surveillance footage of Lena boosting Metallo’s Kryptonite heart circulates throughout the media, many are inclined to believe that she’s living up to the Luthor name after all. Before pointing to all the things “Luthors” gets right, I feel duty bound as a reviewer to point to a few plot holes sizable enough to fly a Kryptonian birthing matrix through. Perhaps the most egregious of these errors is the fact that Metallo, a known supervillain, isn’t thoroughly inspected before entering the witness stand of Lillian Luthor’s trial. As a viewer, you could practically see the “Metallo has a Kryptonite heart” reveal coming a mile away, so it’s particularly shocking that the National City Police Department and/or the DEO wouldn’t be prepared for this obvious contingency. As a result of this oversight, Metallo is able to waltz away with Lillian after putting Supergirl in one of those “save those civilians or catch me” scenarios that’s become cliché at this point (why can’t Supergirl be fast enough to do both?). We encounter another logic discrepancy later in the episode when Lillian has Metallo break Lena out of jail so she can use her DNA signature to access the lab. If Lillian’s only goal was to manipulate her daughter into helping her, it’s difficult to understand why she went to such lengths. Surely a solution that would’ve involved less hassle like surreptitiously taking a blood sample from Lena, a solution that was employed in “The Darkest Place” by the Cyborg Superman—Lillian’s other supervillain henchman in this episode—to enter the Fortress of Solitude. 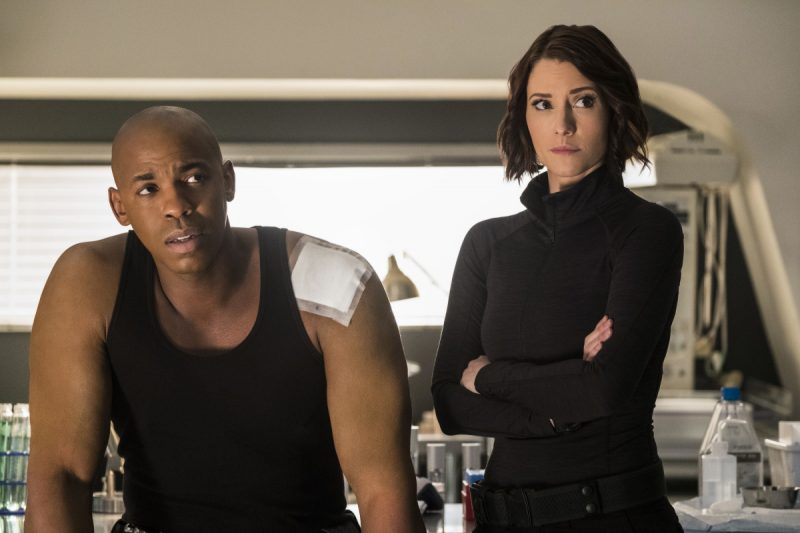 So now that I’ve covered some of the plotting miscues in “Luthors,” let’s discuss the very many things that the script by Robert L. Rovner and Cindy Lichtman gets right. First and foremost, it brings back Brenda Strong’s deliciously evil Lillian, who presents a welcome change of pace from the mostly lackluster antagonists featured on Supergirl this season. While it’s true that the character can hardly be called subtle, and the intrigue surrounding Project Cadmus has largely fallen by the wayside, Lillian has a gravitas that makes her a real threat to Supergirl. Moreover, her relationship to Lena is a fascinating and multi-layered inversion of the familial relationships Kara enjoys. While Kara has the love and support of her adopted family, the Danvers, Lena is often in an adversarial relationship with her adopted mother. Even when Lillian reveals to Lena that she is, in fact, the illegitimate love child of Lionel, thereby making her biologically a Luthor, we wonder whether this revelation isn’t just another part of the long con mother is playing on daughter. Despite all this, and despite the fact that Lena is exonerated of stealing the synthetic Kryptonite that powers Metallo (and later leads to his apparent explosion), audiences are still given reason to distrust Lena. There’s an intriguing flashback near the end of the episode in which young Lena bests young Lex, thus suggesting that Lena may be more of a Machiavellian schemer than Kara and the rest of Team Supergirl might realize. The series seems to be setting Kara up for a huge loss of innocence if the friend she so staunchly defended turns out to be a baddie after all. All the same, Kara’s willingness to stick up for Lena, come what may, highlights one of the attributes that makes her cousin so admirable: the willingness to see the best in others. This also has the effect of allowing the show’s creators to portray (at least for now) a healthy female friendship between Kara and Lena, and it’s to the credit of actresses Melissa Benoist and Katie McGrath that the relationship between them seems so organic, warm, and believable. 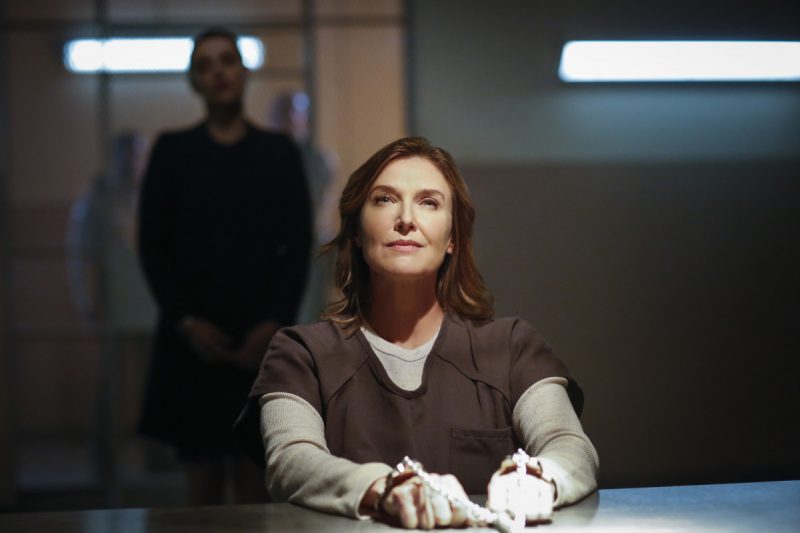 Whether Lena ultimately takes up the mantle of her villainous brother and mother remains to be seen—it would be fun to see a Luthor in the green and purple warsuit from the comics that makes a brief cameo in this episode—but Supergirl has already created enough intrigue with that storyline that there’ll be real tension when Lena faces her inevitable moment of truth of season. The Luthor stuff in “Luthors” was so good, in fact, that we barely have enough time to acknowledge that after several episodes of hinting Kara and Mon-El finally acknowledge their feelings for each other and—oh wait, here’s a dapper British Mr. Mxyzptlk come to steal the show! Guess we’ll have to address that issue in next week’s review!
Rating
8.0
Pros