"An anticlimactic end to a solid season"
By: Anthony Punt | TV Reviews | May 23, 2017
Supergirl has been defined by its heavily allegorical, SF-infused take on our current sociopolitical climate. From (literal) alien refugees fleeing their repressive homeworlds to xenophobic demagogues attempting to turn popular sentiment against strange visitors from other planets, Supergirl has served as a humanistic response to real-life issues and a catharsis for those who can’t solve their problems with superpowers. The show has been at its best when it focused on events on the ground, which is a large part of what makes the season finale, “Nevertheless, She Persisted,” a mild disappointment. The episode has a wide scope, big budget feel that would, in most cases, be a satisfying way to end a season. But in this case, the climatic battles and special effects feel hollow. In fact, given how good “Resist” was (the first half of the two-part season finale), “Nevertheless, She Persisted” is strangely anticlimactic. This is particularly strange given that the episode picks up from last week’s doozy of a cliffhanger in which Rhea summoned Superman to fight Supergirl. The pretext for his attacking his cousin is that Rhea dosed him with Silver Kryptonite, which has the effect of making him see Supergirl as General Zod. Seeing the two Kryptonians go at it has its fair share of visual thrills, particularly the moments in which the Man of Steel “sees” Supergirl as his old foe. But the fight soon devolves into a slugfest in which Supergirl prevails not because of some clever stratagem, but because the script (and the time constraints of network TV) demanded that it end sometime. Later, Superman remarks on at least two occasions that Supergirl is more powerful than he, which seems like a cheap way to “put her over,” to use wrestling parlance. As Supergirl viewers, we’re already inclined to root for the hero and have faith in her abilities, so it’s a bit uncomfortable that the episode goes out of its way to assert her strength at the expense of Superman’s. 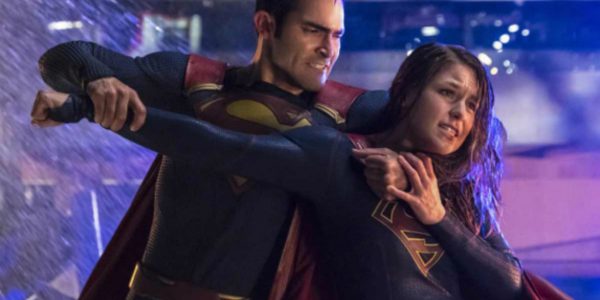 Aside from Supergirl vs. Superman, the main event of “Nevertheless, She Persisted” is Supergirl’s final confrontation with Rhea. After reviewing her options with Superman, Supergirl elects to challenge Rhea to Dakkum Ur—in essence, a trial by combat in which the stakes include the fate of the planet. The fact that this solution is suggested for the first time this late in the proceedings is convenient enough, but there are deeper implications for what this decision means for the character of Supergirl. After episode upon episode in which Supergirl strived to find “a better way”—up to and including “Resist,” which saw Supergirl reject an opportunity to save herself in order to get through to Rhea, only to be attacked by Superman—the fact that she’s pretty cool with a battle to the death situation with Rhea is wildly out of character. Unfortunately, none of the other characters are allowed by the writers to remark on this sudden 180-degree turn in attitude but instead express how strong and brave she is for fighting Rhea as if she hadn’t done it several times before. So Supergirl and Rhea have their climatic battle “for the Earth,” which sounds awesome on paper and leaves viewers with goosebumbs when it’s intoned by the two characters. But the potential for a meaningful confrontation is undercut when Rhea automatically reneges on her deal by ordering her Daxamite fleet to train their weapons on the civilian population of National City. Supergirl seems shocked by Rhea’s duplicity, which is a weird reaction to have toward a supervillain who killed her own husband because he wasn’t on board with her evil plans. Supergirl (not to mention the audience) is further caught off guard when Rhea reveals she’d been poisoned by Green Kryptonite at some undefined point in the past. Therefore, when Rhea receives gaping wounds during her fight with Supergirl she’s able to use her Kryptonite blood to subdue Supergirl. Unfortunately, this out-of-left-field twist instantly breaks the internal logic that the series spent so much time building—all you’re left wondering as an audience member is why Rhea didn’t use her Kryptonite reserves (both green and silver) to her advantage sooner. 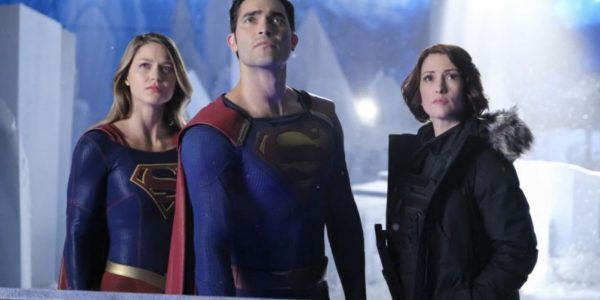 Speaking of deus ex machina, the Luthor ladies (Lena and Lillian) whip up a device that will repel the Daxamite invaders by suffusing the atmosphere with lead, an element that is particularly dangerous for Daxamites. The only problem with this plan? Well, pumping massive quantities of lead into the air is bound to have negative health repercussions for us humans, even if the effects wouldn’t be as immediate as they were for the people of Daxam. And boy, are those effects immediate: as soon as Supergirl activates the lead bomb, the Daxamite fleet leaves and Rhea gets turned into a lead statue that disintegrates before Supergirl’s eyes. (So much for that code against killing, eh?) The upshot of all this is that Mon-El is forced to leave Earth, resulting in an emotionally fraught farewell with Supergirl. This seems like as good a way to end their emotional arc, as the showrunners had seemingly drained their relationship of all its juicy drama. Mon-El’s fate even has a resonance with the character of the comics, who contracts lead poisoning and is placed in suspended animation in the Phantom Zone until a cure can be found. It seemed as if the show might be hinting toward a similar scenario for Mon-El, given the portal he disappears into after leaving Earth. . . I don’t want to make it sound like I’m being entirely critical of “Nevertheless, She Persisted,” particularly since the show seemingly pulled out all the stops to make the episode a small-screen equivalent of a big budget action movie. In addition to the regulars, this episode also has featured guest stars like Superman, Miss Martian and a few sympathetic White Martians. (Curiously, Guardian is exempt from the action, although he and his James Olsen alter ego are evoked a few times.) In many ways, “Nevertheless, She Persisted” has that satisfying resolution one wants from a show like Supergirl—and yet it still manages to feel hollow. Supergirl spends the rest of the episode pining for Mon-El and lamenting how everyone (even J’Onn and M’gann) seem to be coupling up. Instead of a triumphant Supergirl, we get a tearful one, thereby giving a less than uplifting coda to what had mostly been a successful season.
Rating
7.0
Pros