Back in the early 90’s, the first person shooter genre was just getting started with games like Wolfenstein 3D, and DOOM.  If you made a game about a team of gun-toting cyborgs it wasn’t going to be anything like a modern FPS.  The original Syndicate from 1993 was about heavily-armed cyberpunk troops, but it was a tactical, real-time strategy game shown from an isometric view. Gaming technology has finally caught up with the ideas behind the series and the new Syndicate game that comes out later this year has moved the franchise into the first person view.

Despite the change in perspective, this new Syndicate keeps the same setting as the previous games and puts players in the near future where cybernetic augmentation is commonplace, and unregulated corporations rule the world.  As Miles Kilo, a special agent for one of these corporations (Or “Syndicates”), players will engage in espionage against other such organizations. 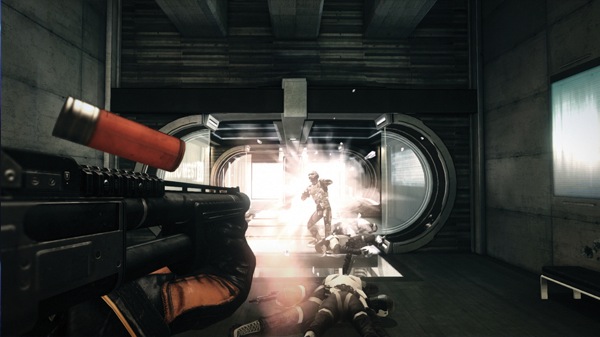 Kilo is implanted with a “DART 6” chip that allows him to slow down time, hack computers and perceive the world with enhanced cyborg sensory information.  Players can even hack the brains of enemies to make them switch sides, or just go berserk.

These abilities are all upgradeable in RPG fashion, and the game has a gruesome alternative to traditional experience points.  Your character has a device that can extract chips from other people’s brains after Kilo stabs them in the head with the chip extractor.  These chips are then used to boost the powers in his own cybernetic augmentations. 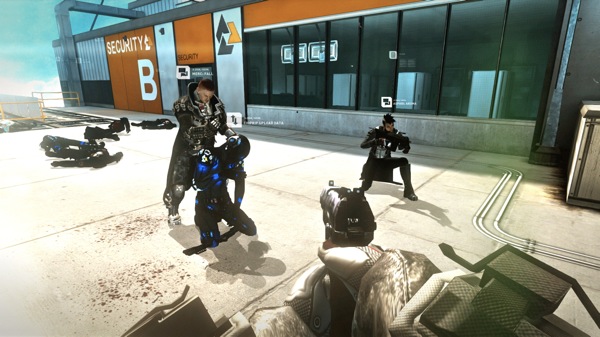 The premise and setting behind Syndicate should strike a chord with Deus Ex fans. Both are shooter/RPG hybrids set in cyberpunk worlds where hacking is just as useful as shooting.  While these similarities are very strong, Syndicate takes the cyberpunk theme in a different direction by going for fast-paced action.  Yes, there are stealth and cover elements, but Syndicate encourages players to run ‘n’ gun by making the special DART6 powers recharge faster when the player stays in the heat of battle.

It also has a form of Bullet Time called the “DART Overlay”.  This not only slows down time for a few seconds, but also gives the player enhanced damage and durability, as well as speeding up movement and reload time. The selection of firepower includes the standard pistols, shotgun, assault rifles, but Syndicate also has a rather unique rifle that can fire around corners like Zorg's ZF-1 from The Fifth Element. 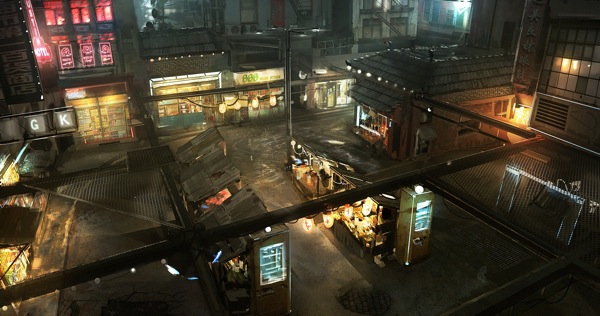 Syndicate has multiplayer in the form of 4-player co-op missions.  There are nine multiplayer levels that are based on locations from the single-player campaign.  These missions will put players on a team of agents who are out to help their syndicate achieve dominance in the global market. There is a leveling and Perk system, as is almost always the case with online shooters.  Gamers who pre-order the game will get some unique bonus perks for multiplayer with the “Executive Package”.

Syndicate will be available on February 21st for PC, PlayStation 3 and Xbox 360. More info is available on Syndicate’s website, and make sure to check back here for our review.